Labels: family, Hal
My dad gets very offended, or maybe not offended, but definitely offput if you ask him for something extra he has.

For example, my mom makes him a giant bowl of popcorn almost every night. So, naturally, when I'm visiting, I want some of that popcorn too. I have tried so many times in vain to go up to the giant bowl in my dad's lap with a tiny cereal bowl to get a small portion of his bounty. He looks at me like I'm asking him for a kidney, and my mom ends up making more popcorn so I can have some. He will not share.

And then, when it's time to go home, I ask if I can take a couple pounds of venison. (Their deep freeze has enough venison to feed a family of four every night for a year.) You can't believe his shocked face.

Anyway, when my sisters and I took him and my mom out for their 50th Anniversary dinner, we encouraged him to order the most expensive steak on the menu, and he did. It was pretty big, and I was drinking, so I asked him if I could have a tiny bite, to taste the yumminess. Just a bite. He shook his head yes. I couldn't believe it!

Then he slowly and deliberately, lovingly almost, cut me a piece and sent it down the table, passing it between four people to get it down to me.

Below is the bite he let me have. He was staring at me receiving it with the most sarcastic sh*t-eating grin you have ever seen. 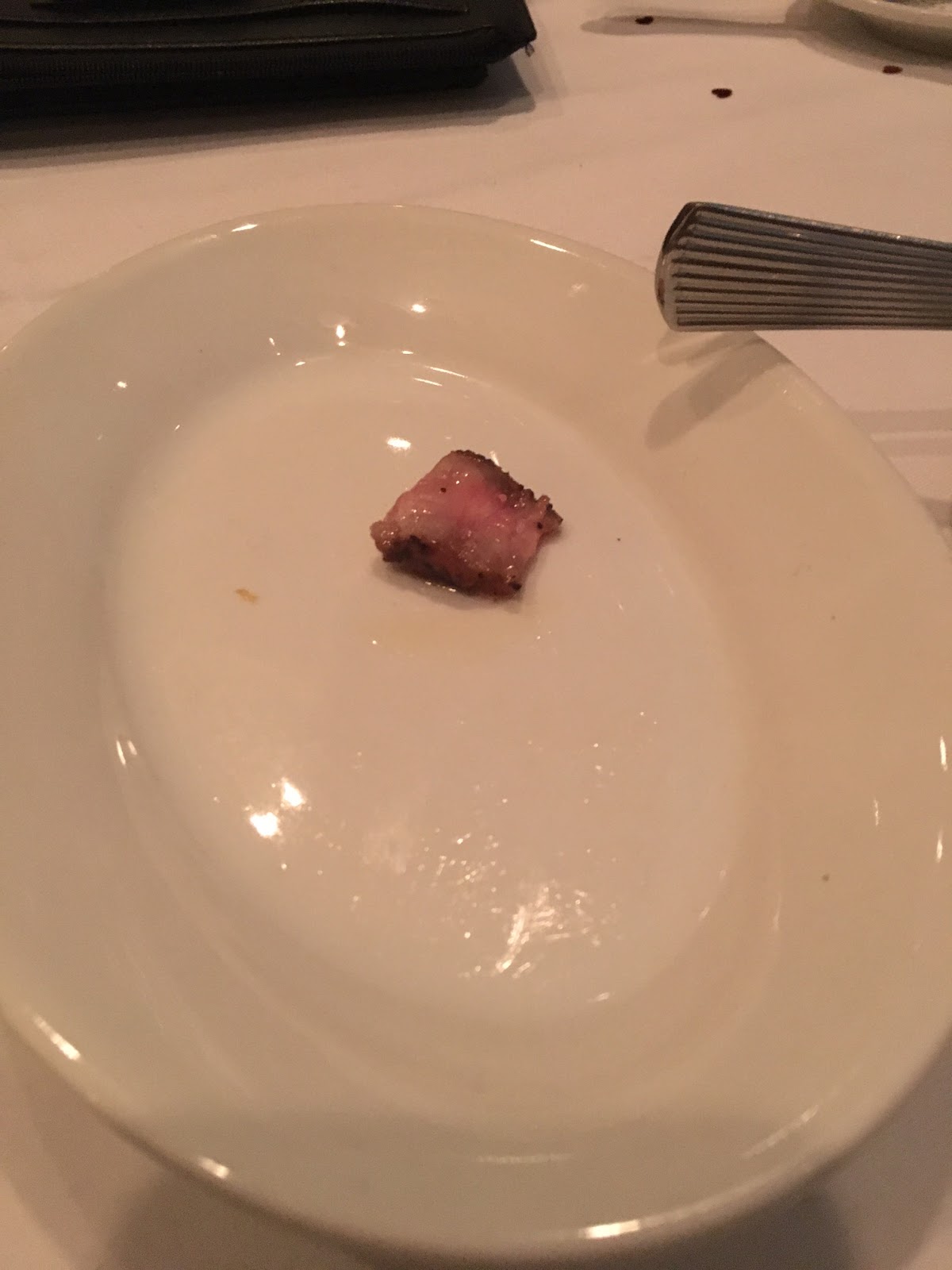