Labels: family, gross, hilarious, life up North, pee
I feel like the universe really wants me in a romper. They're everywhere. I gotta say, though, I was worried that the idea of it would be so much better than the reality. I'm 39 years old, and I'm not sure they're 'age appropriate'. I decided to go way out of my comfort zone and get one from ASOS. Out of my comfort zone? Am I crazy?! This thing is the most comfortable thing I have placed on my body in a really long time. And, it's cute! I texted the photo below to my boss with the caption: "I HOPE YOU LIKE ROMPERS BECAUSE I WILL BE WEARING THIS UNTIL SEPTEMBER 30TH."

On a recent trip to my parents' place, there wasn't much to decide in the way of packing: 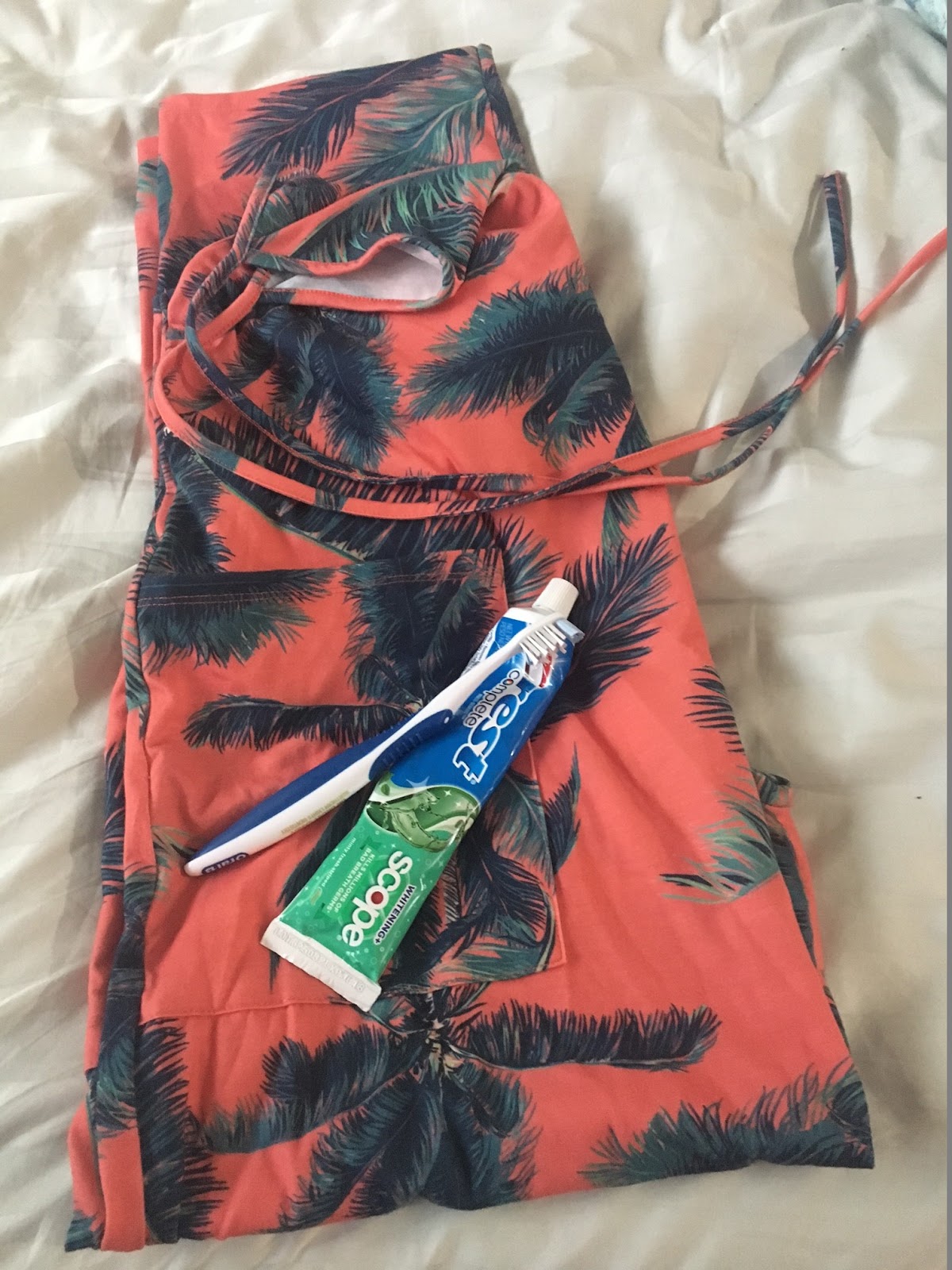 But that's not the point of my story. The point is that when you go to your parents and basically spend the entire day Saturday and Sunday drinking alcohol (mostly to forget your mom has cancer AGAIN but really just because that's what you do every Saturday and Sunday) and you have all those bathroom breaks --- a romper becomes a somewhat complicated apparatus. I got it down though. I left the straps tied and just shimmied my arms up and out of it to go pee 8.6 million times per day.

It was at 4am, though, when Rowdy woke me up to be let out of the house that I sleepily untied my romper (YES I SLEEP IN IT TOO) and used the toilet. When I went to retie it, the strap in the back was WET.

It FELL IN THE TOILET. Determined not to let the romper-toilet-strap incident get me down, I rinsed it, did my best to get the bar soap involved, tied it up and went back to sleep.

Later that morning, I needed to use the toilet urgently, but my dad was in there (13 people, one bathroom) and so I was forced to use the outhouse, except for the fact that I hadn't yet gotten to  item number clean out the outhouse on my chores list. I opened the door, frantic, only to find 432 spider webs and the world's most giant spider covering the outhouse seat hole. I swiped it with some toilet paper but had no time to clean it properly and so I disrompered and did my thing, naked and standing up.

Of course I hadn't shut the outhouse door, one because it was too spidery in there and two because I never shut a bathroom door. I looked up at some point to see both my sister Kasey and my Mom waving to me from the kitchen window.

Posted by A Lady Reveals Nothing at 8:18 PM 1 comments

Labels: Currently Obsessed With...
Did you/have you noticed in previous posts that I have absolutely no eyebrows of my own? It's OK -- I just draw them in with a pencil.

But that's irritating and almost free, so why not spend $600 on a semi-permanent solution that will fade in about 2-3 years?

I'm talking about microblading. It's like a tattoo, but less permanent. AND I LOVE IT.

Don't ever let anybody tell you it doesn't hurt. Because it really hurts bad. And it takes two hours. Twice. So just prepare yourself for that fact and never mind anybody else's opinion on the subject. 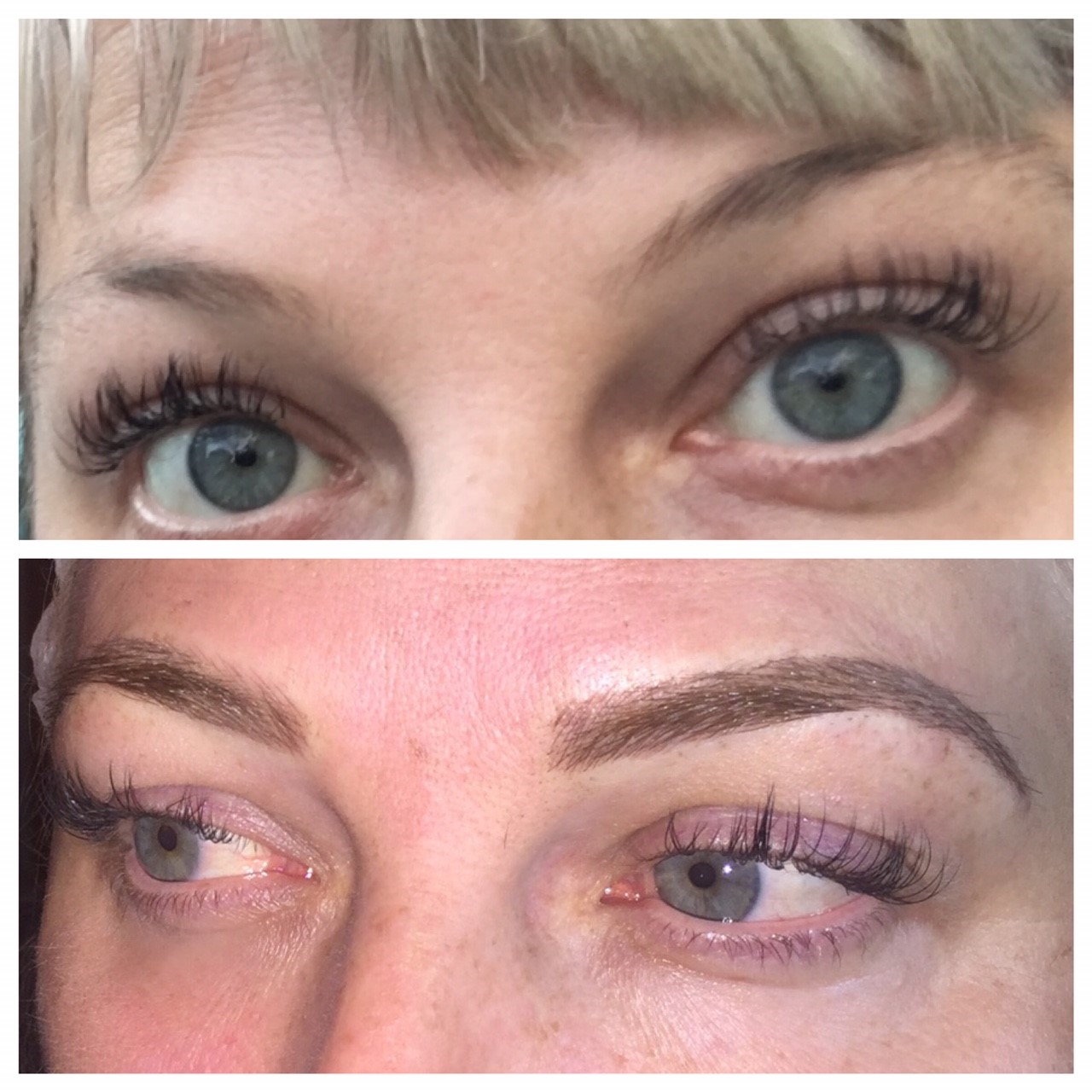 Also for about a week you're going to look like two chocolate-y brown caterpillars crawled on your face and died. But that fades and they look amazing again after you pick all the scabs off.

But don't worry, you'll go back to lookin' like yourself again. 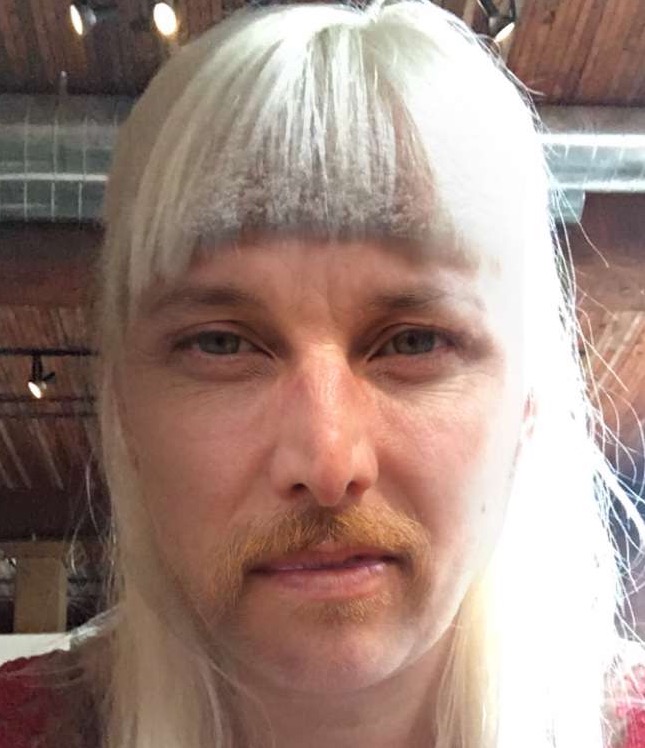 Posted by A Lady Reveals Nothing at 7:30 AM 3 comments

Labels: cancer, family
Well, it's back again. The lung cancer, I mean. That lump in her leg turned out to be lung cancer as we know, but it never really went away and plus she had been having major pain in her chest so she went in for her three-month checkup and they took a scan. Lung cancer. In lots of spots.

That's the bad news.
The good news is we have been hanging out a TON lately. I'm typing this up from my old loft bedroom in tiny Roosevelt MN with a vodka squirt in my hand. 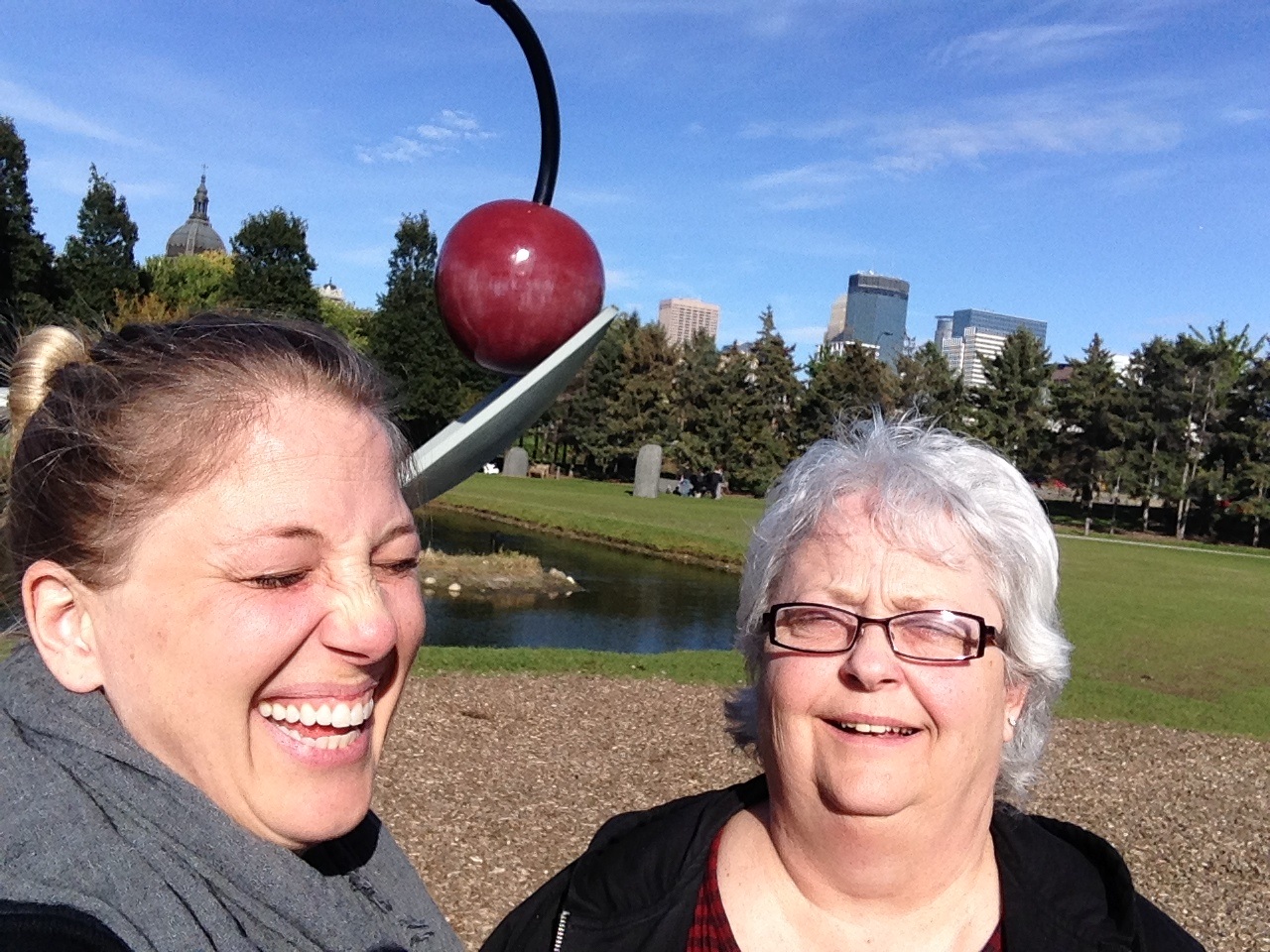 Posted by A Lady Reveals Nothing at 5:52 PM 3 comments

"Throw your dirty laundry down the stairs!"

Posted by A Lady Reveals Nothing at 5:11 PM 0 comments 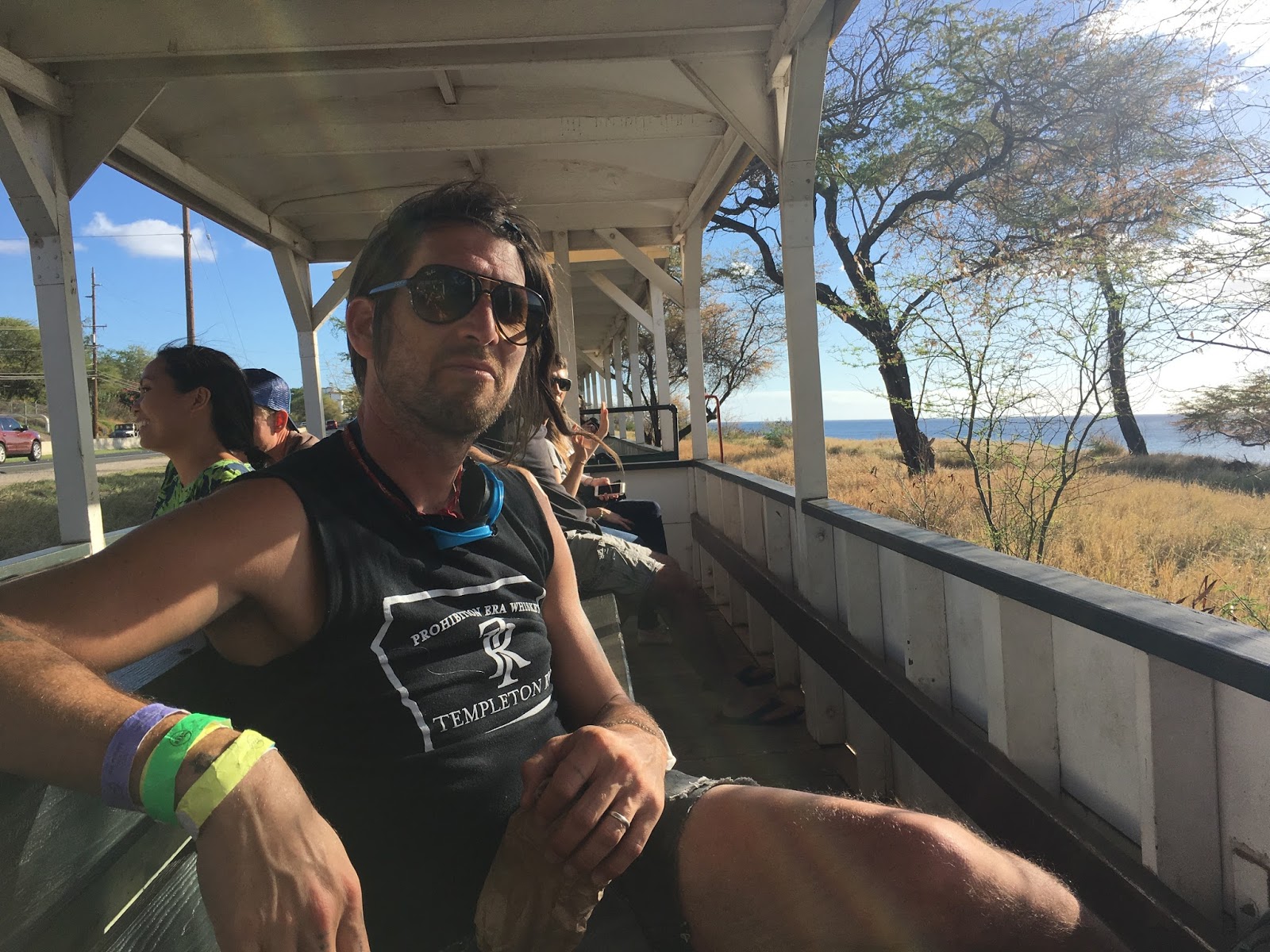 "I'm not laughing at you OR with you."

"I do toot kind of a lot, but what happened this time?"

"Old people have oatmeal every day."

"Whatddya mean 'have I pooped?' Do you think I'm new? I'm the king of bowel movements."

Posted by A Lady Reveals Nothing at 5:56 PM 0 comments

Labels: family, I Don't Deserve Anything Nice
Kelly's Yorkie Sylvia is 832 years old. She has zero teeth and it's sort of my fault. You see, Sylvia's breath stunk so bad that I refused to hold her or pet her or babysit her and then finally Kelly took her to the vet and every single one of her teeth was rotted out of her head and so they pulled them. I'm not suggesting it was 100% my doing, but I definitely was a huge hag about it. Kelly was probably sick of hearing me crab.

Anyway, now Sylvia has a stuck out tongue all the time. There's no teeth to hold them in.

She pees everywhere and she loves to ride in my pocket on a bike ride. 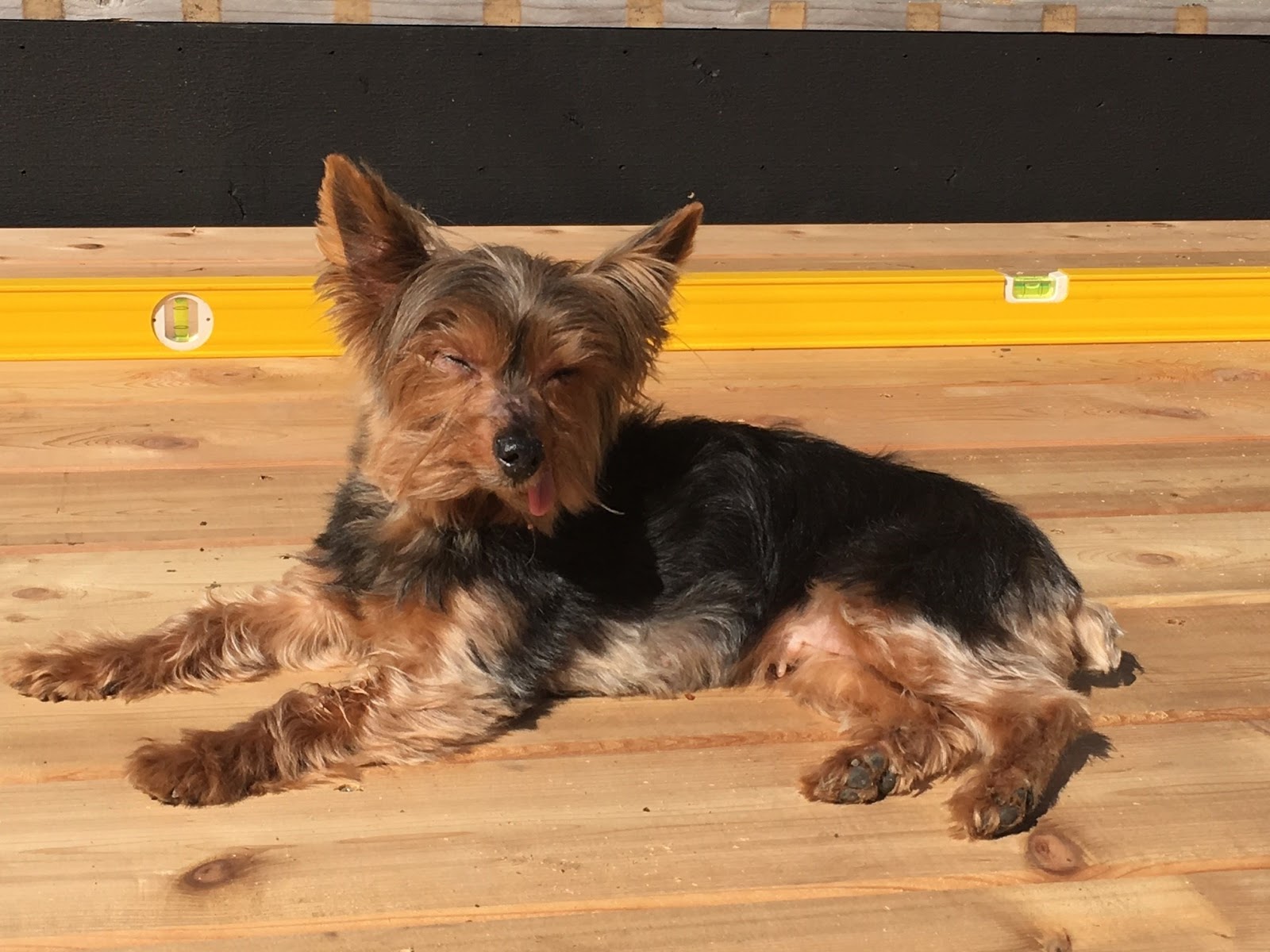 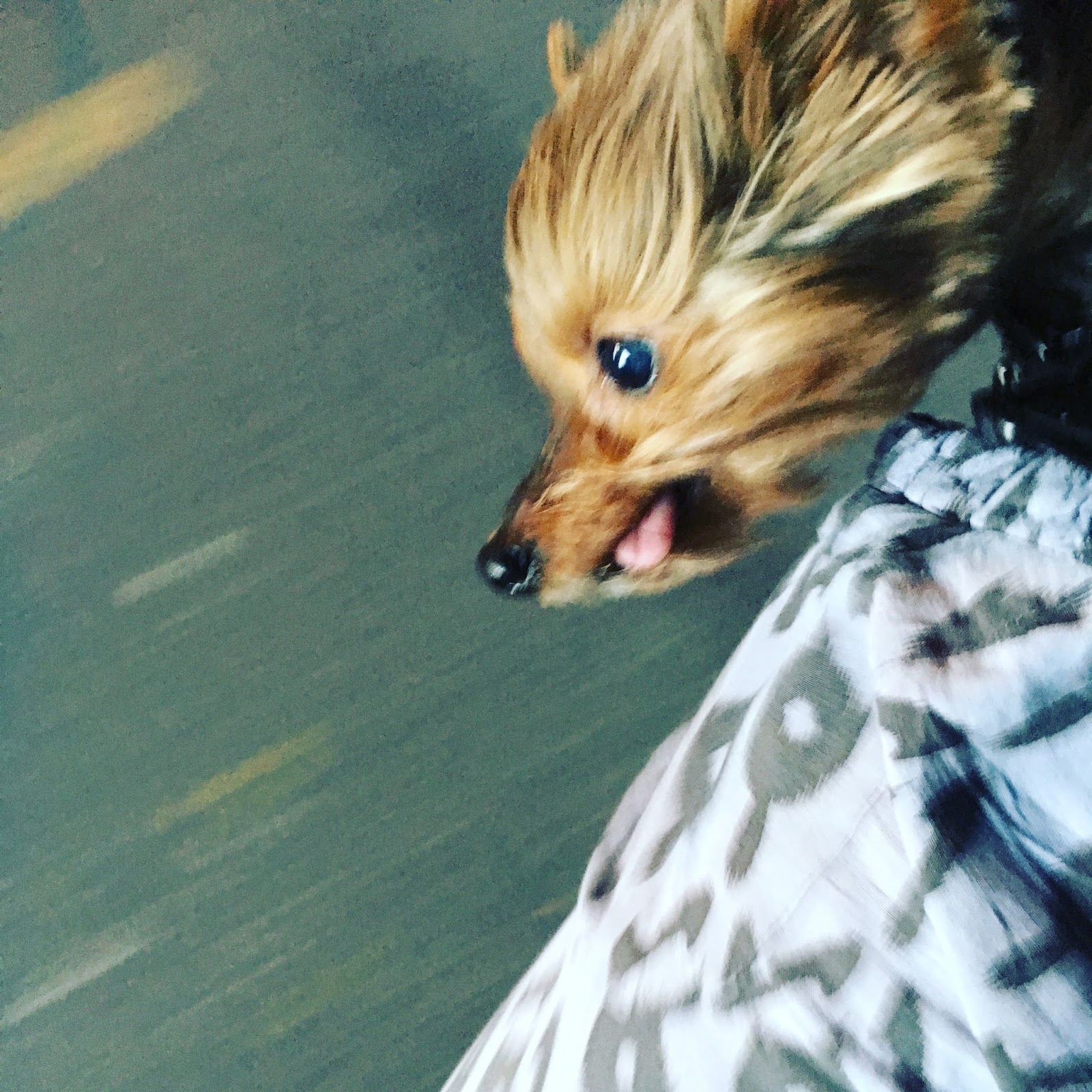 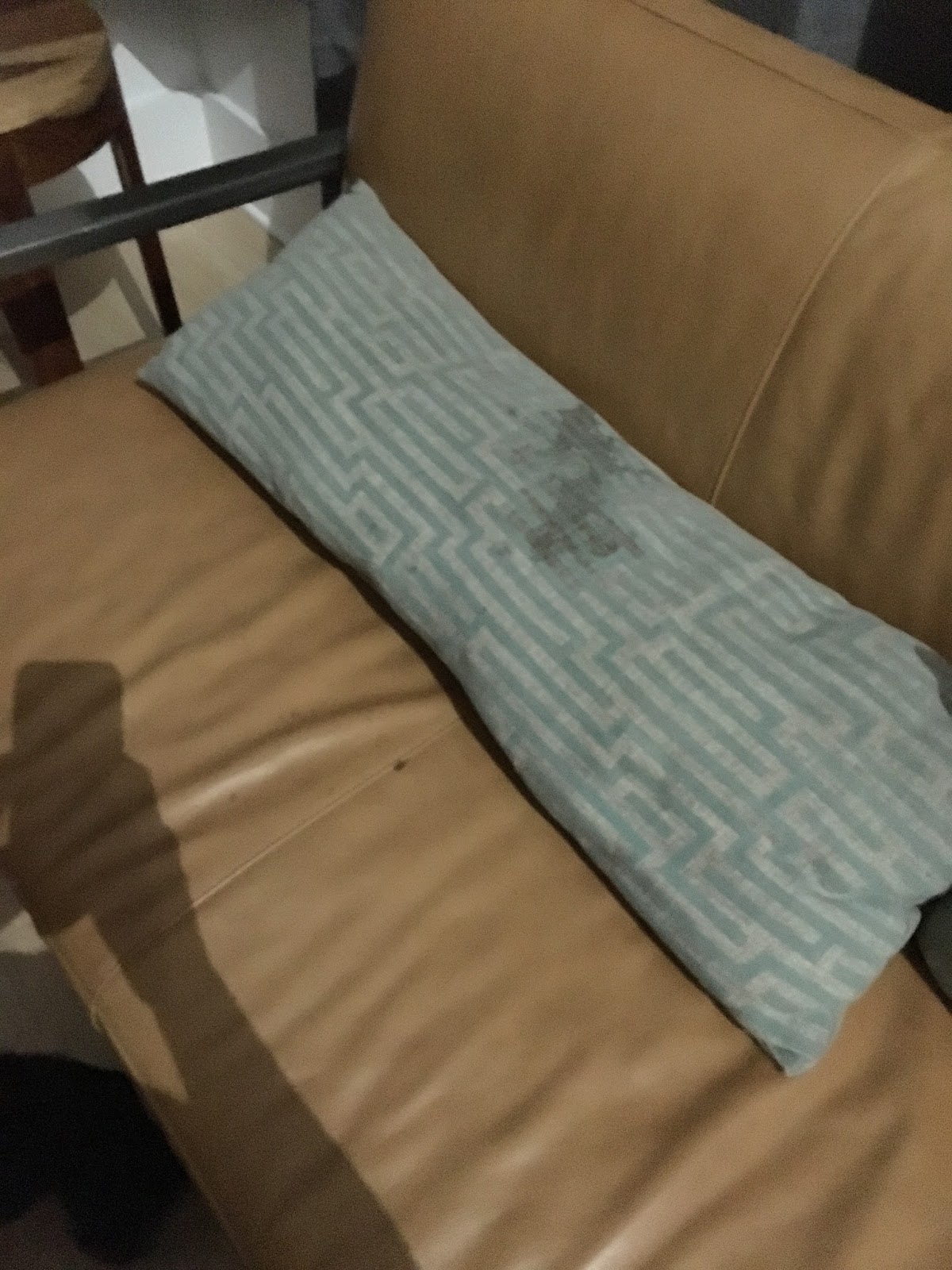 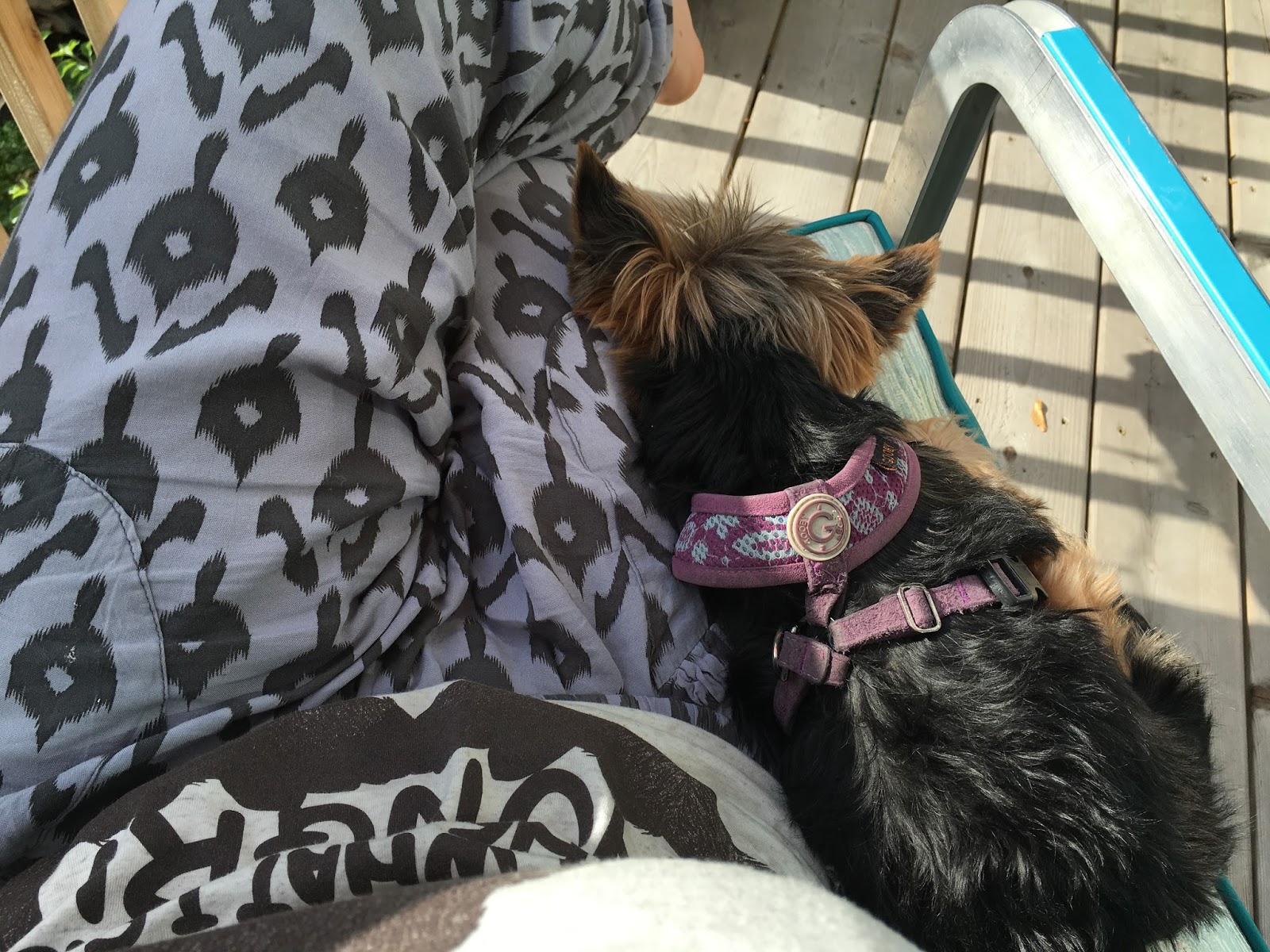 Posted by A Lady Reveals Nothing at 5:40 PM 0 comments 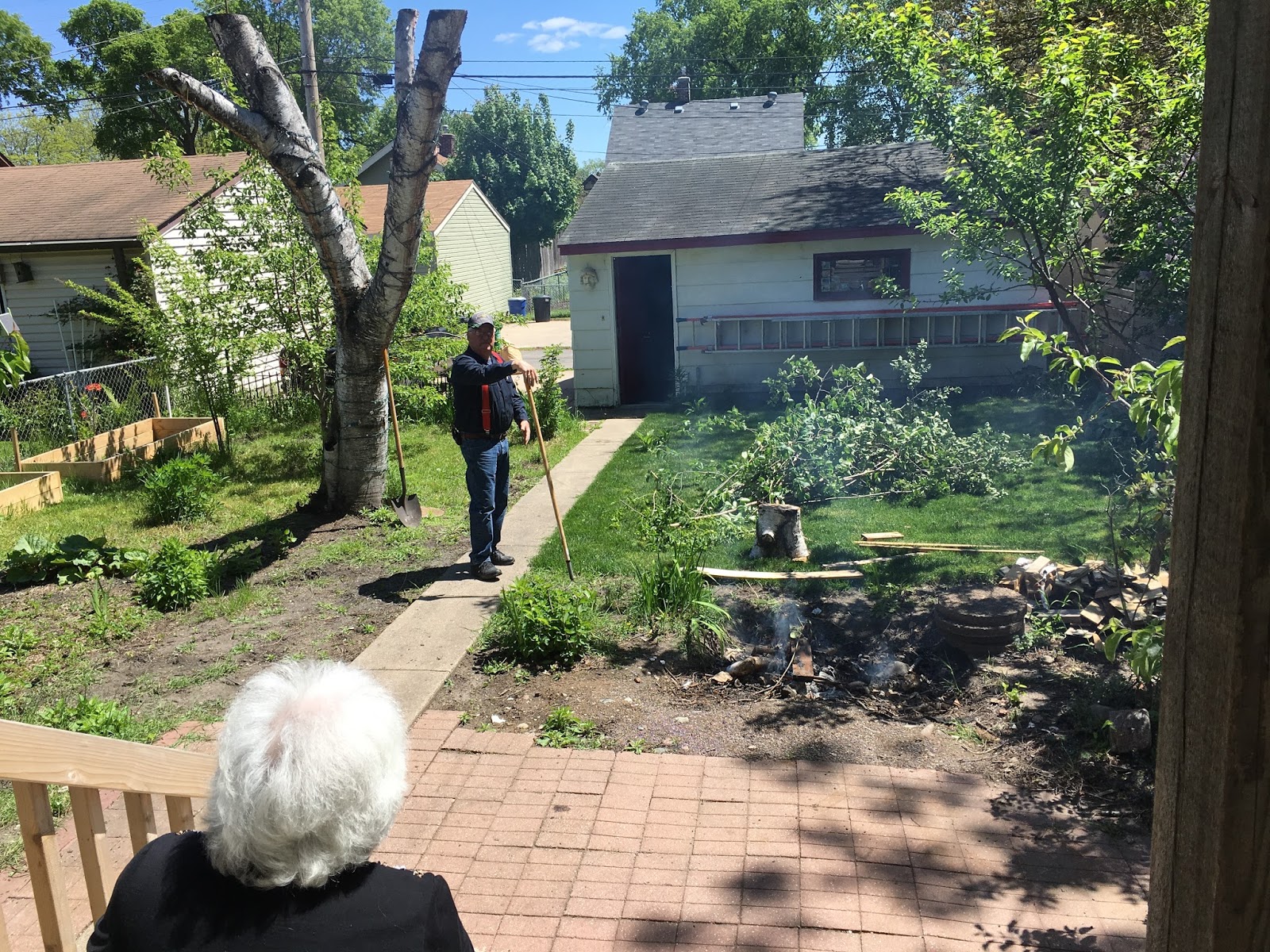 "Well, it was a memorable time."

"I don't talk about mushy stuff it gets ya combobulated."

"Maybe we can find our real kids, Mom, and get rid of these sh**heads we got now."

"Rowdy you're the only kid we've had that can lay quietly while we watch a movie."

"Last night I said something to that damn sister of yours and now she's going to write it in her portfolio."
Posted by A Lady Reveals Nothing at 7:00 AM 0 comments

A surprise around every corner. 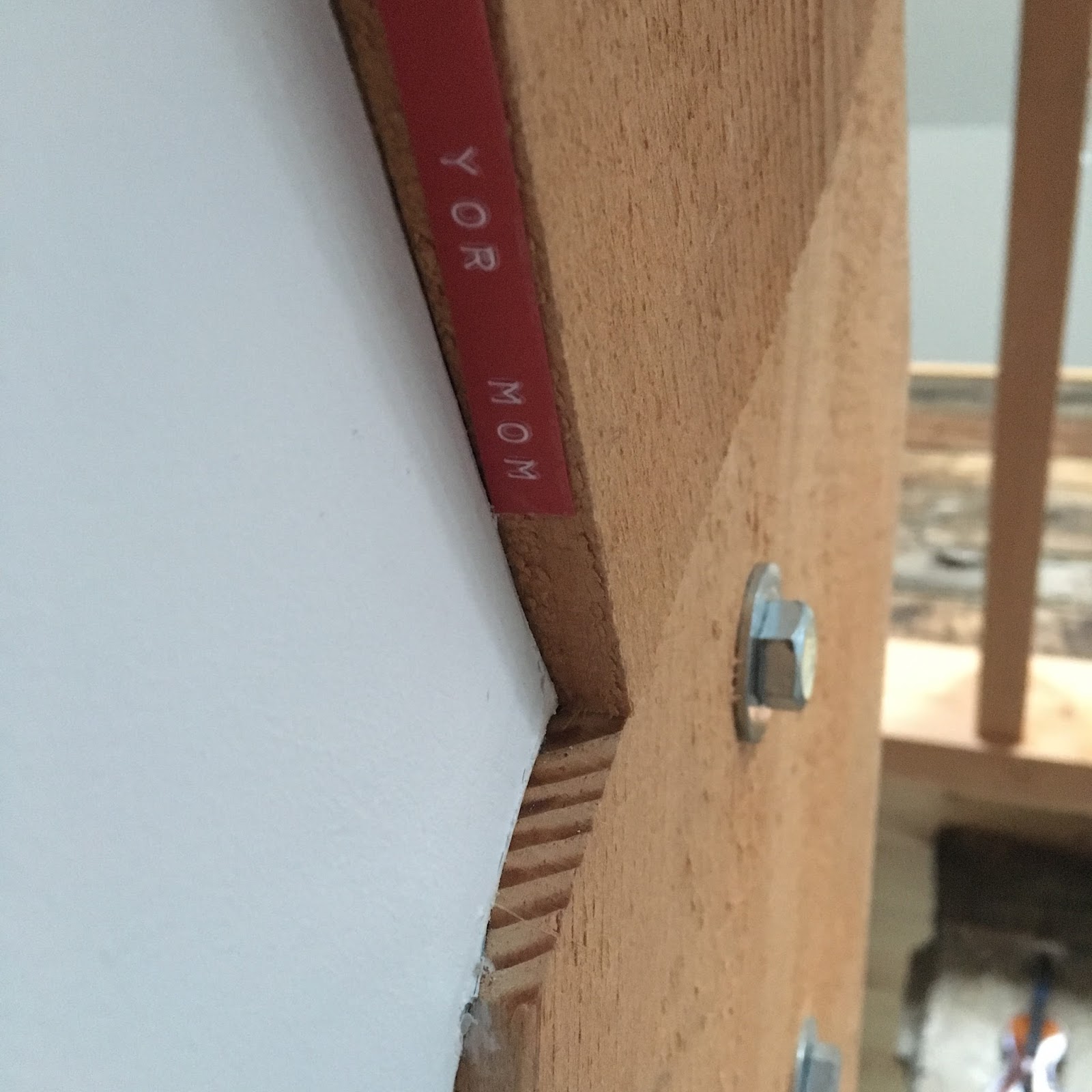