Prude to Be an American

I work out at a fancy schmancy Pilates Studio multiple times a week sometimes. I change in the bathroom from my work clothes into my expensive Lulu Lemon/Athleta outfits Target sale rack stained with bacon grease outfits.

I am also late every single time, so I'm always in a rush and running to the bathroom, changing while I pee (I have this down to a science. I can do my bra and top during the pee and also change my pants and socks).

Anyway, I have in the past forgotten myself and started unbuttoning my top in the lockers area, which wouldn't normally be a problem except there are occasional men who work out there and also the front desk person is a man and although they aren't always in the lockers area, they could totally go there, because it's not a WOMEN'S ONLY kind of thing.

The other day I came sailing out of the women's bathroom to find a tall skinny model of a woman (the only people who work out at my Pilates studio by the way) standing in the lockers area with her button-down shirt open and her bra totally visible for the world to see.

HAHAHAHAHAHAHA!!!!!! DID YOU FORGET YOURSELF AND START CHANGING OUT HERE INSTEAD OF IN THE BATHROOM??!?!

"No", she said in her perfect European accent. "This is just a shirt", she said, flapping her real shirt open and shut to reveal her bra, which I was accidentally staring at because she was calling it a 'shirt' but it was totally a bra.

"OH HAHAHA I JUST MEAN THAT, YOU KNOW, BECAUSE DUDES COULD COME BACK HERE, I'VE DONE THAT BEFORE AND I THOUGHT HAHAHA THAT YOU...ACCIDENTALLY...HAHAHA..."

"No," she said again in her perfect European accent. "I did it on purpose." and didn't shut her shirt.

Posted by A Lady Reveals Nothing at 6:28 PM 0 comments

Labels: Married!
In December during our trip to Hawaii, Zach and I came to the harsh realization that we are basically golfers.

In Kona, we definitely drove up to the Country Club on several different occasions to find we had just missed closing time, but then when we finally got in we couldn't go because he didn't have a collared shirt so then we bought one at the grocery store and then we definitely bought a couple of buckets of balls and hit them. I got to hit a lot of mine twice! Because they didn't go very far!,

On the way home we drove through Palm Springs where we just couldn't resist the urge to hit the links for an 18-hole Par 3 experience. We are just naturals let me tell you. The scores don't lie -- and mine was the highest and best score you've ever seen!

It makes sense really, because golfing combines everything we love: driving a golf cart and drinking beer. AT THE SAME TIME. 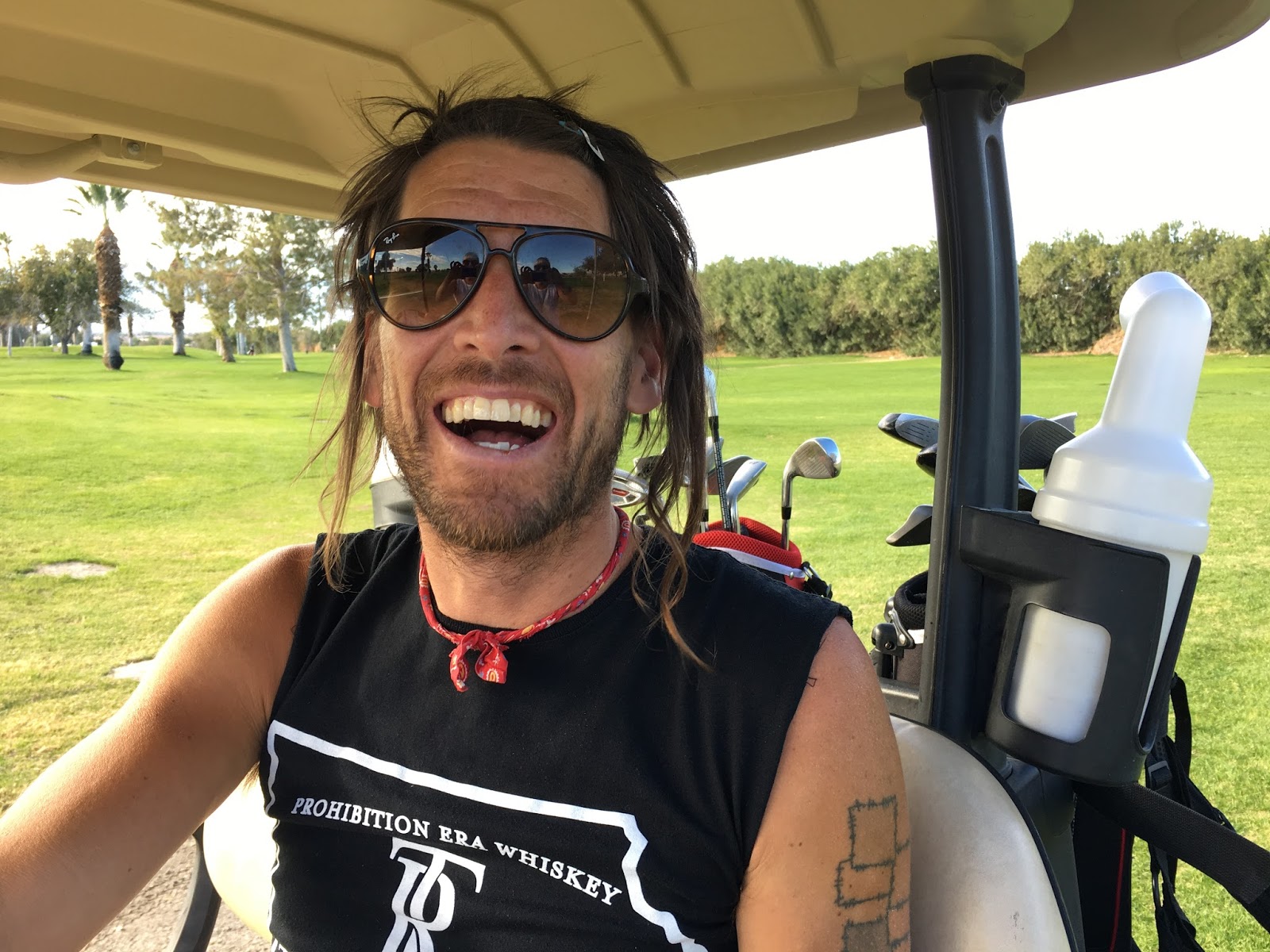 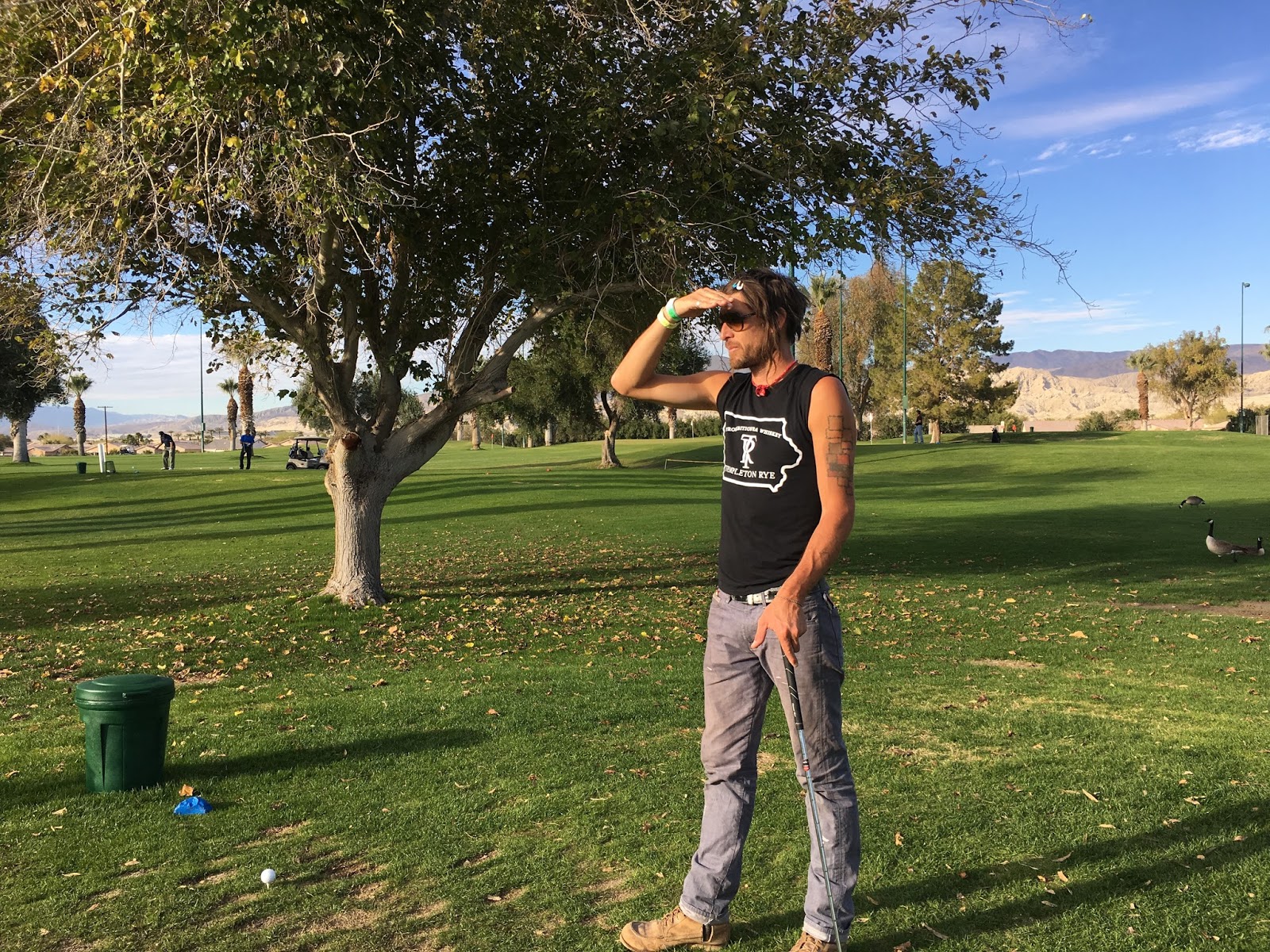 Zach has it in his blood, I think. His uncle hikes around and hits a golf ball wherever he goes. I think he's going to walk across the US hitting a golf ball -- and has already gone the whole way around the Salton Sea. 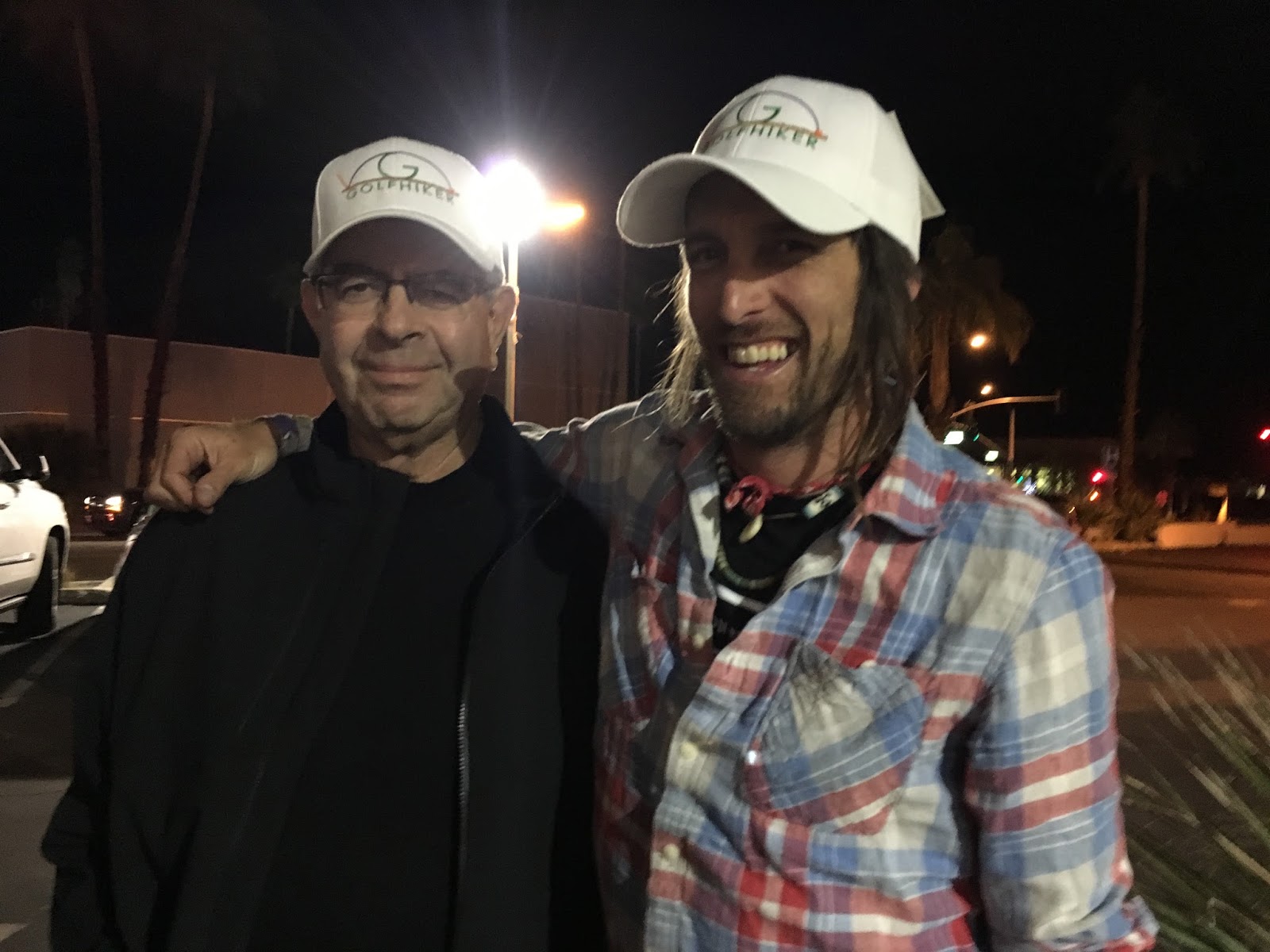 Posted by A Lady Reveals Nothing at 2:09 PM 1 comments