Labels: embarrassed, hilarious, Kady Stupid
Occasionally, at my fancy lady business job, I am asked to speak to prospective recruits to convince them that our Company is the best, and the way we do things is the best, and they should really, really come and work here!
A few months ago, I had an appointment with one such man, and might I add he was very sharply dressed and even maybe a little bit on the handsome side. Of course I was embarrassed of my outfit, but that's not the point of my story. The point of my story is that during the appointment, he and I sat across from one another, with no desk in between us and we chatted and chatted and I crossed and uncrossed my legs eight hundred times and this went on for about 30 minutes. And then he left, and I considered the meeting a success.
Later, and I don't remember why (I probably dropped an M&M) I saw/felt in my crotchal area and was horrified to discover a two-inch GIANT hole at my upper upper thigh.
(*&*&^$&^%$&^%$(&^%^)(&)(*& 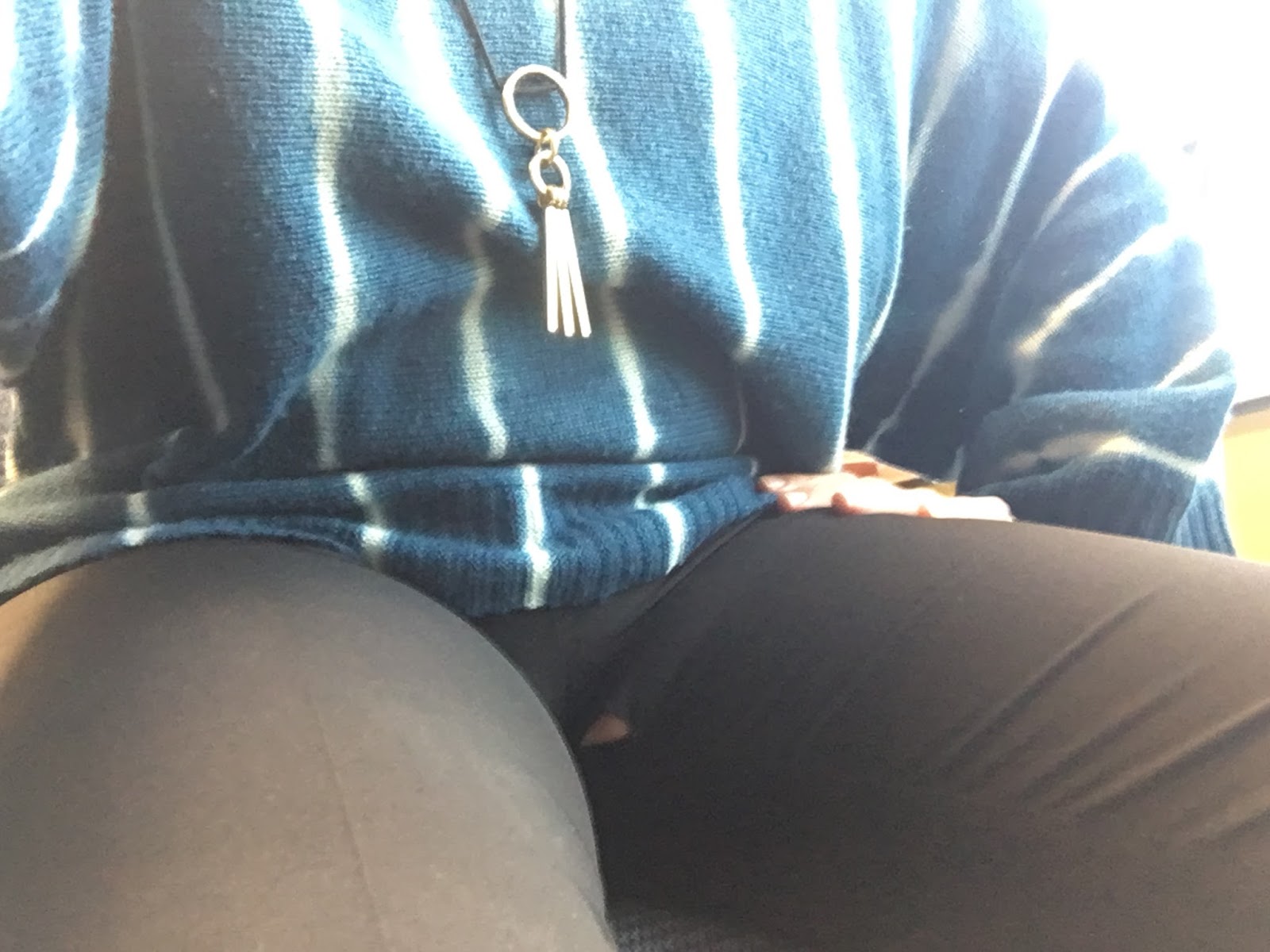 Later still, I was running late for softball, and so I quick quick quick changed from the above outfit into my softball outfit really fast, and that included an underwear change. I threw the above outfit plus underwear into my gym bag which is just an old tote bag and RAN into my boss' office for a quick commiseration about the hole in the crotch story and then off to softball.
While I was in there, the cleaning gal for our office approached me with her gloved hand outstretched. "I think these are yours", she said and instinctively I put out my hand, into which she dropped my DIRTY UNDERWEAR which must have fallen out of the tote in my haste. In the middle of the office hallway.
**What a nice human. I was glad for two things: 1) she was a woman and 2) she had gloves on.
And then at softball later my windshield got smashed by a softball. The End.

Posted by A Lady Reveals Nothing at 5:41 PM

Always choose the desk. I'm pretty sure this is the whole reason why desks were invented.

You would have had me, in the first two minutes. Just like Sharon Stone in Basic Instinct.