Labels: Sunday Favorites
New to A Lady Reveals Nothing? You've missed SO MUCH. Not to worry. Every Sunday, I dig through the archives to repost an old favorite. Mostly because I'm too lazy to come up with new content every single day. Enjoy! This story originally appeared on August 20, 2014:

A good friend of mine was recently photographed and subsequently mocked for his choice in hands-free gear-carrying:

According to my source:


The Oscar winner, 44, laughed off his style choice with a big grin during an interview with CSN Houston's Julia Morales. He attended the game with his 6-year-old son Levi, and topped off his retro bag with a white T-shirt, khaki pants, a baseball cap and sunglasses.

"I'm not afraid of the fanny pack. You gotta kinda put it on the side to make it look a little not as nerdy, but still, practicality wins out," the Dallas Buyers Club actor said. "I got so much gear in here that I don't want in my pockets."

You know what, how many times have you been around someone and they're like, 'Aw, man, I forgot so and so and I gotta go back to my car.'" Pretending to take something out of his hip pouch, he added: "I got mine right here." 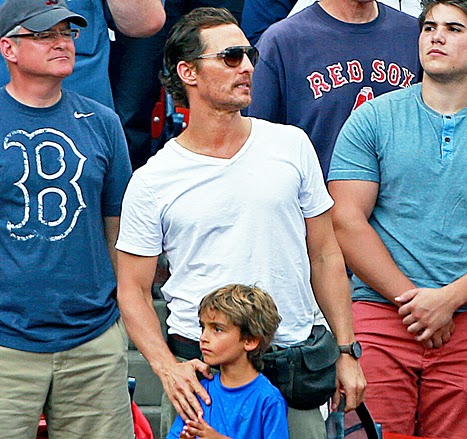 I couldn't agree more, Pal. That is SO TRUE.

And I do want to go on record and state that it was me who very probably single-free-handedly started this trend:


Posted by A Lady Reveals Nothing at 1:26 PM