My sister Kasey has been driving the same crappy van for about 27 years. She loads up her three kids and all their crap and drives them around and it keeps on running and so she keeps on driving it. She found some letter stickers and instead of saying Ford Van or Chevy Van or whatever it is, now it says:

Kasey's not the best driver. She got her license later than most small-town teens, and then only out of necessity because I moved out of the house.

Anyway -- the other day I met up with her for dinner and the two of us ended the night at our other sister Kelly's condo in a downtown St. Paul neighborhood, whose scant parking leaves visitors only a few options, one of which is using the assigned parking garage: an insanely difficult to navigate web of tight turns and concrete pillars.

I was following Kasey in my car. When it was her turn to enter the garage, I and another stranger in a different car watched in horror as Kasey's van jammed itself inexplicably into the wall to the right-hand side of the garage opening.

...and we continued watching as Kasey simply shrugged her shoulders, punched and held the gas, forcing the van ever further into the garage -- taking the entire side of her van with it. 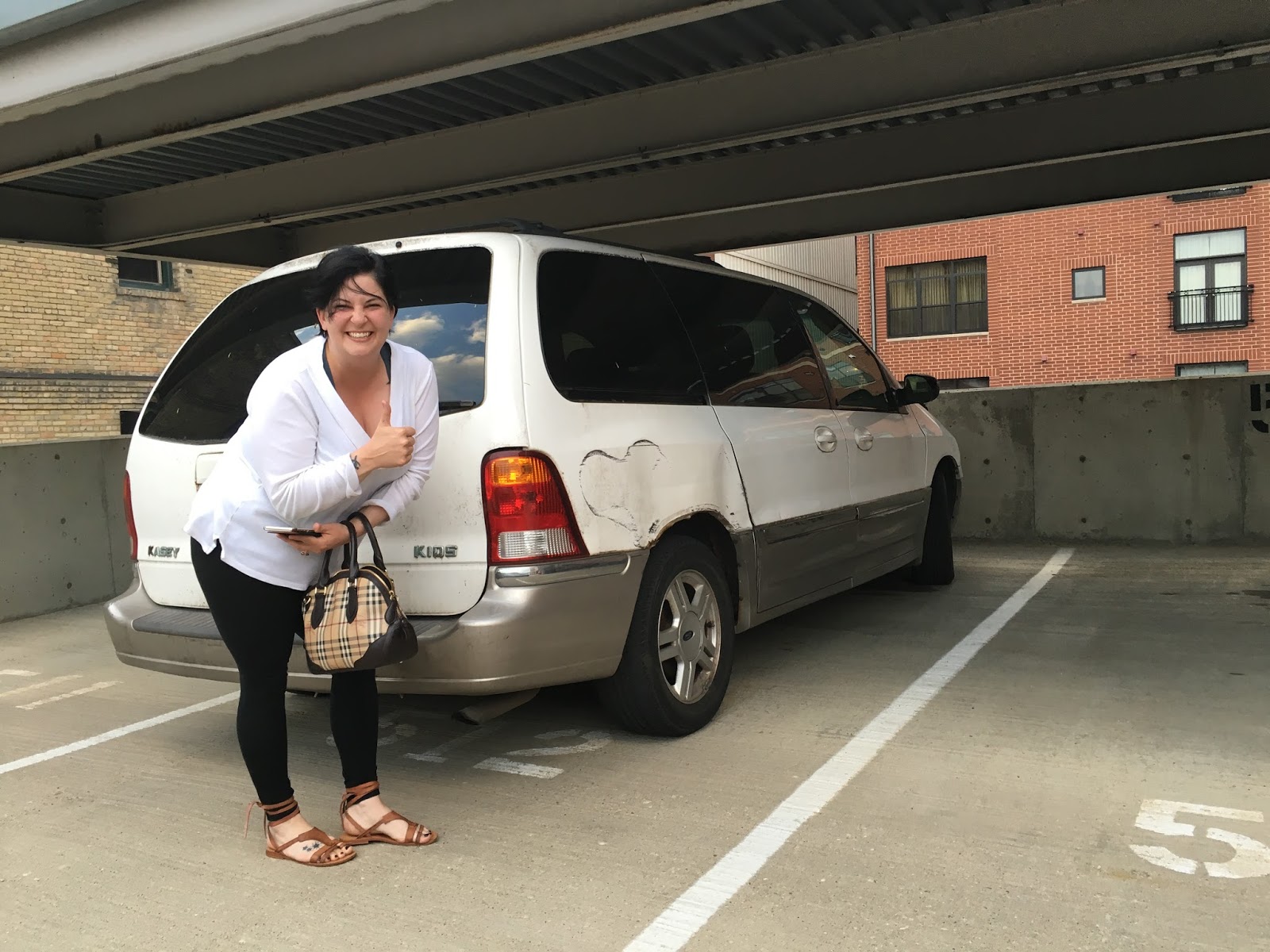