Labels: Currently Obsessed With..., gross, hilarious
My good friend J. and I went out last night and I found myself, oddly, without Chapstick. I never go anywhere without it because I am addicted and so my lips were all dry. I knew I had a tube in the car, but that was a block and a half away and it was freezing out. "Ask J.", you might say. Well, J. doesn't share Chapstick. I know this. I don't agree with her stance, and I think she's crazy, but yet I accept it because I love her. But I need Chapstick. Bad. So instead I say, "J., I know you don't share Chapstick. Perhaps we could find an alternative solution, because I'm dying, so like would you allow a dab on my finger? Can we roll it all the way up and I'll take some off the sides?"
Well J. wasn't sure those options would work for her and so in her infinite kindness, she said, "I'll tell you what, you can just have this tube because I don't really like it anyway, and then you can shut up about your dry lips already." (She didn't really say that). But she did give me the Chapstick. It's the Honey Burt's Bees. I have to agree that it's not very good. There's this weird after taste to it. Despite that, I felt really bad about taking it. But that didn't stop me from applying it 6,000 times slowly last night in front of J. and rubbing it in that now it was mine and due to her phobia she was going to be the one with chapped lips. Then we got the conversation going about how Honey really isn't very good. And it's not. At all. 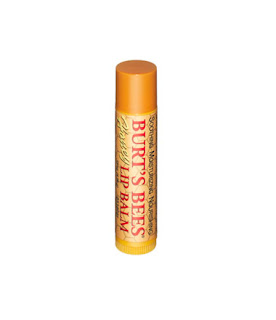 Here's another one that sucks. It makes your lips all white. Lifeguard's Choice: 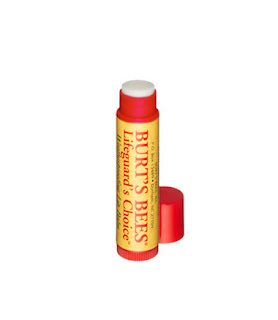 J. said that she will apply her regular Beeswax Burt's Bees all day long and it just feels so smooth and luxurious on her lips and so the act of applying it becomes pretty cathartic. I agreed. 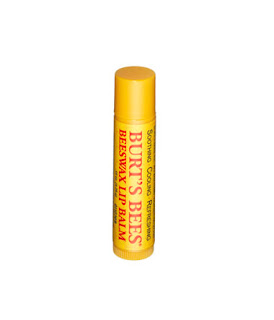 I think that the Pomegranate is the absolute best, but I feel like it's only for a special treat and I purposely don't buy it all the time to keep it special. One time I had a party and the door gift was Pomegranite Burt's Bees. I thought I was going to have about 20 guests and so I bought 20 tubes of it, for $60. When I left Target I had a panic attack because I had just spent $60 on CHAPSTICK. But it's good stuff and everybody was happy to get not one but two tubes because I didn't have the turn out that I expected. And then I forgot to keep one for myself and that's all I wanted was just one for myself. But listen, this stuff tastes SO good and it's the best best best Chapstick in the whole world. 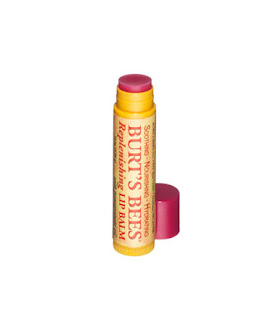 In the end, while I was applying the Honey Burt's Bees for the hundredth time to make J. jealous, and by this time her lips were super dry, so I got her to take some off the sides of the roled up tube. And you should have seen her face. Like she was doing something really bad, but she liked it.
Posted by A Lady Reveals Nothing at 10:37 AM

Don't talk smack about burt's bees! They rock! I use all their products. I can't believe you don't use "cancer-causing" deodorant but will apply CHAPSTICK to your lips! Do you know what's in that stuff????????????????? Yuck! No wonder your lips are always chapped! Love, Jacqui

OH Jacqui, I'm not sure how it works in Texas, but "Chapstick" is an all-encompassing word to mean "lip balm". Kind of like your "Coke" means all "pop".

Great. Now I'm embarrassed, but glad to know you won't die from cancer. Gollum will get you first. Love, Jacqui

I meant to comment on this when I first read it but I didn't so I'm doing it now. Does Chapstick, I mean actual Chapstick cause cancer? Because if it does I'm dead. I like Burt's Bees, and I recently got a three-pack of Bonni Bell soda flavored lip balms that I love, but if your lips are at all raw, the cherry 7Up flavor burns.

Everything causes cancer. Including this blog.

I know it gives me heart palpitations --the blog, not chapstick.

Hey my word verification is Carie. How cool is that!