How to Make Croutons

Labels: life up North, recipe
We had so much bread when the family was up here that even 18 people couldn't even eat it all in four days.

Yesterday I thought about using up one of the last loaves, but it was as hard as a rock.  And then I thought, "croutons!"  I had never made croutons before.  So I googled it!  'How to make croutons from stale bread'.  I got a million recipes.  Here's what I ended up doing.  First you just cube the bread.  I mentioned that my loaf was rock hard, so first I put a wet paper towel around it and microwaved for a minute and that softened it right up.  Then I sliced and sliced and sliced.  *(By the way I made the cutting board in woodshop in tenth grade.  And my mom still uses it.  Awwwwww...) 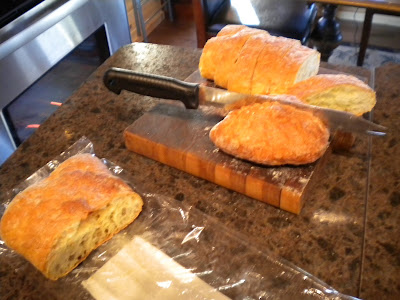 Here's what I look like when I'm slicing rock hard bread.  I call it the 'Grandma Trudy' face.  Also known as the 'Kelly concentrates' face. 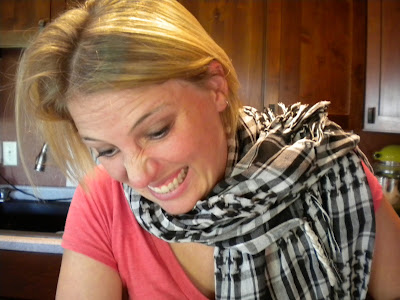 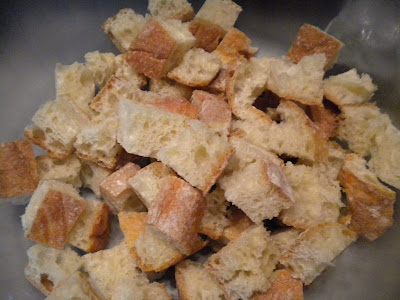 Then I mixed a small bowl of olive oil and my seasonings.  I used salt, pepper, basil, oregano, and garlic salt.  Tons of all of it.  You can use whatever you want.  And about 2/3 cup of olive oil per 4 cups of cubed bread. 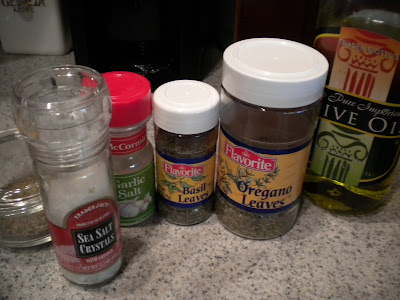 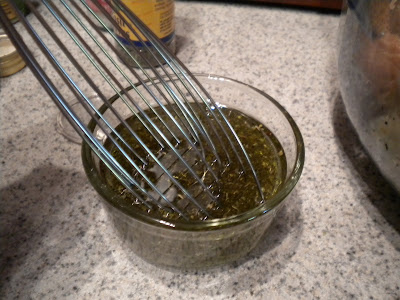 Toss with the bread cubes and get it all smooshed around.  I sprinkled with parmesan too, and then baked at 300 degrees for about a half hour.  I read anything from 225 degrees for 10 minutes to 375 degrees for 20 minutes...the point is you are slowly toasting this bread until it's nice and crusty brown.  Like a crouton, DUH!  Spread it all out in a single layer, by the way.  You wanna flip 'em over a couple times so they get brown on all sides. 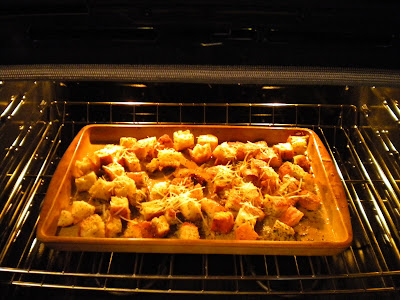 Impressive. Funny I just made my first set of homemade croutons yesterday. I just sauted bread cubes in olive oil & salt on stove, medium heat for bout 10-15 min. I will try your route next though, never thought to use other seasonings. As I type this, I'm noticing I'm using Kelly concentrating face. Made two attempts to stop and it keeps coming back.

Next time I plan to use fresh herbs. I wasn't sure they'd stick very well so I went with dry. Did yours get nice and crunchy sauteed?

Someday somebody is gonna slap you in the back while you're concentrating and then that face will just be called the 'Kelly'.

I answered you out loud while I typed. Karley asked me who I was talking to. I said Kady.