Labels: facing fears, gross, Scandinavia
There is a terrifying horror film that I will never see, but the previews haunted me for weeks:

Apparently there are four of these movies already. And I guess the premise is that young college students travelling in Europe get tricked into staying at Hostels, where creepy gross people who have a wish to totally MURDER somebody in a gross and horrifying way stay there and then they pay the owners money for full on access to these kids and they kill them.

On a side note, the second thing I ever said to Summer Grimes was when I found out she was going alone to Eastern Europe and wanted to spend a month there, going from Hostel to Hostel. I had just heard about this movie and so I told her, "don't get murdered in a hostel!" And now we laugh about it, because she thought it was kind of weird at the time.


ANYWAYS...I'm trying to find cheap accomodation in Scandinavia, and it looks like really the only option is to stay in the dreaded Hostel. But then, there is the fear of sleeping on a giant piece of cardboard with no pillow, no sheets, and no blankets. And, what if there are sheets, but they're filthy? What about bathrooms and bugs and...whatever. Also, where do you put your stuff?

What if I have to stand in a shower that is gross? Should I bring flip flops just for the purpose? Will there be toilet paper? 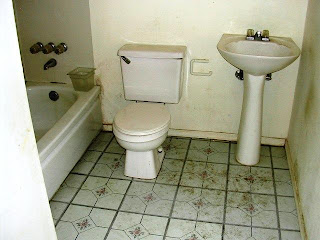 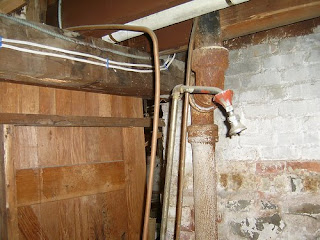 Posted by A Lady Reveals Nothing at 9:49 PM

Hey!! What are you doing taking pictures of my bathroom???!!!

PS - this reminds me of a funny story from back in the day when I still called them "thongs." I told a friend I had to pick some up for my trip to Europe, "you know, to wear in the shower at the hostel," I said when she gave me a funny look.

For all the traveling you've done, you've never stayed at a hostel?

Bring flops. Buy toiletries. I brought a towel with me that I threw away before I came home.

You will totally love staying in a hostel. You will love meeting people from all over the world. Especially the australians!

Those pictures are WAY nicer than the hostels I've stayed at! One in Paris had rats. Seriously. It was called Mike's Youth Hostel. We had our own sheets.

I agree with Teri - I many times have gotten the dorm rooms with the german hairy guy who strips down...

My biggest fear from hostels (even nice hotels) - BED BUGS - I am terrified I will wake up in the morning with hundreds of bites all over my body and then I will take them home on my luggage and it will happen all over again at my home! But I am sure this won't happen to you :-)

For the record, it was: "Oh, you're going to be staying in hostels? Be careful... that you don't get killed... or raped".
And Krista is right. Ridiculously looking Austrailian men who look like statues and walk around in boxer briefs.