Going Out With a Pffffffft

Labels: embarrassed, hilarious, misunderstandings, Super Athlete
Last year about this time, I participated in the MS150: a 150-mile bicycle trip from Duluth to Minneapolis, Minnesota.

As part of the gig, my team (Clockwork Active Media Systems) had to ride north to Duluth on a bus. One of the owners of Clockwork asked me to "emcee" the bus ride. I was incredibly flattered, until I realized that basically meant "read the rules of the ride to the people on the bus" because "nobody else wants to do it".

Give them what they want, I say. If you're going to do something do it well, I also say. I went to the front of the bus and took the mic (a CB piped throughout the bus speakers). The bus driver ruined all of the fun and told me I couldn't stand while he was driving. So I sat down.


The ride rules were stodgy and boring, but I "livened them up" by ad-libbing here and there. I had the bus in stitches if I do say so myself. I killed it, and they loved me! The more they laughed, the more I joked. I was just a little bit offensive, but not overly so. I used my typical schtick:
I was in my element. The problem was, I had not planned out the conclusion to my set. (I didn't even know there would be a "set".) On the fly, I decided the best way to end would be to "tell a joke". Everyone was already laughing...So I set up the following:

"What did the cannibal do after he dumped his girlfriend?"

I silently returned to my seat. 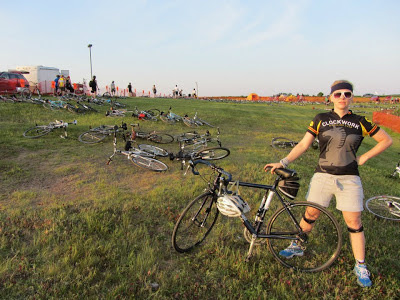 That Kady. She always goes out with a...pffffffft.

Posted by A Lady Reveals Nothing at 8:19 AM

Who's the guy drinking the beer?

Oh we were all drinking beers. Probably why they were laughing in the first place.