Labels: Auntie Kady, family, life up North, Photo Special
I recently took Hanna AND HER BOYFRIEND up to meet Hanna's parents. They made a broom ball party out of the weekend on their fantastic pond. The night prior it snowed 10 inches and so in order to make it possible to play my brother-in-law John and my nephew Skeeter had to plow and shovel and it took them 12 HOURS. They said it was worth it. But look at all that snow.

The cool thing about playing broom ball at Kim and John's is that everybody plays together, kids and adults and everybody is on the same level playing field because the ice is so slippery that nobody can get going very fast and therefore everybody gets a chance at the ball. I couldn't play of course because I'm terrified of slipping and hurting my back and as Hanna said I'm totally an old grandma now. But I did go out there and take some photos.

It was such a nice day for it too!

Really, I mean look at all that snow!!!! 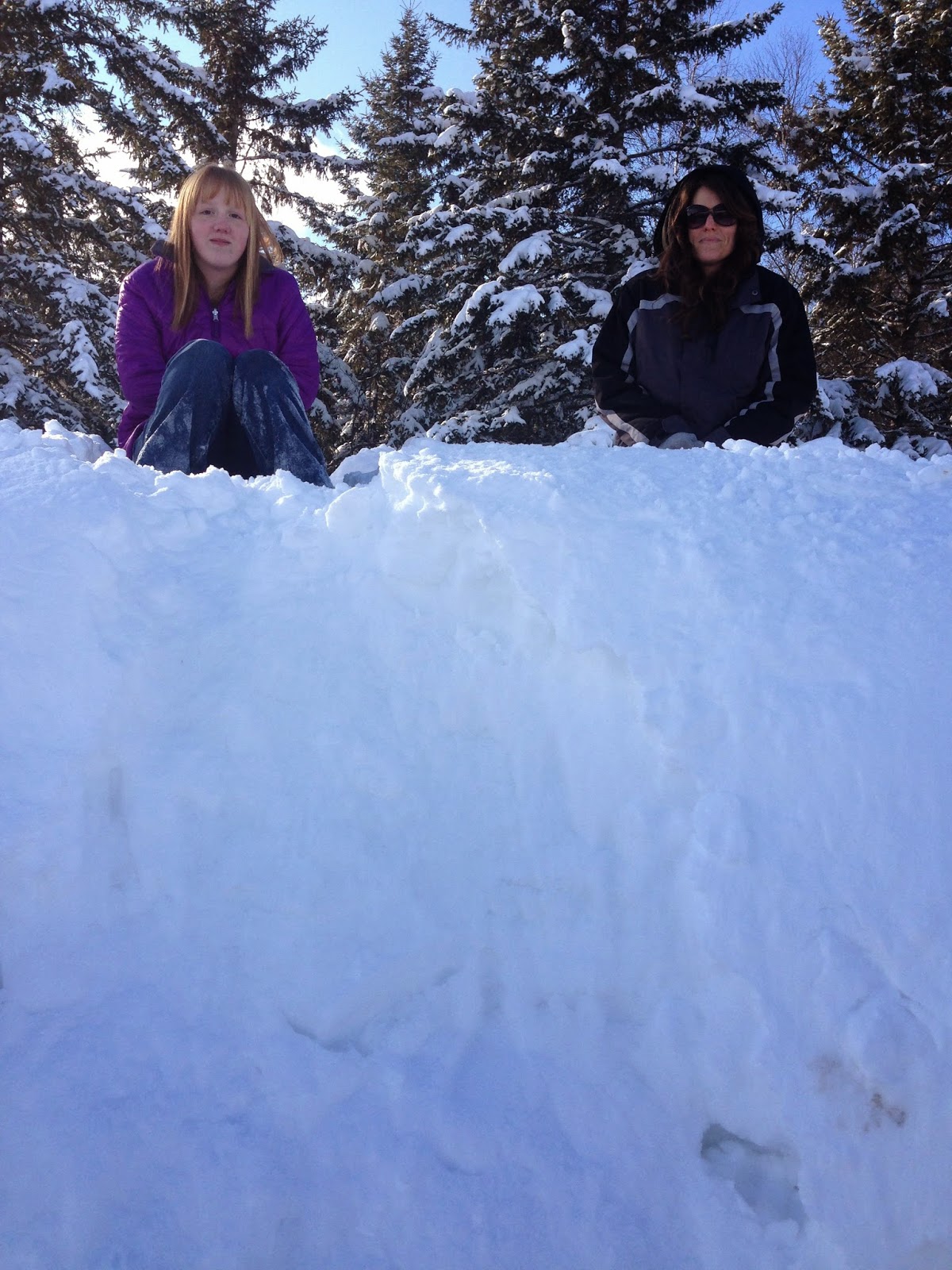 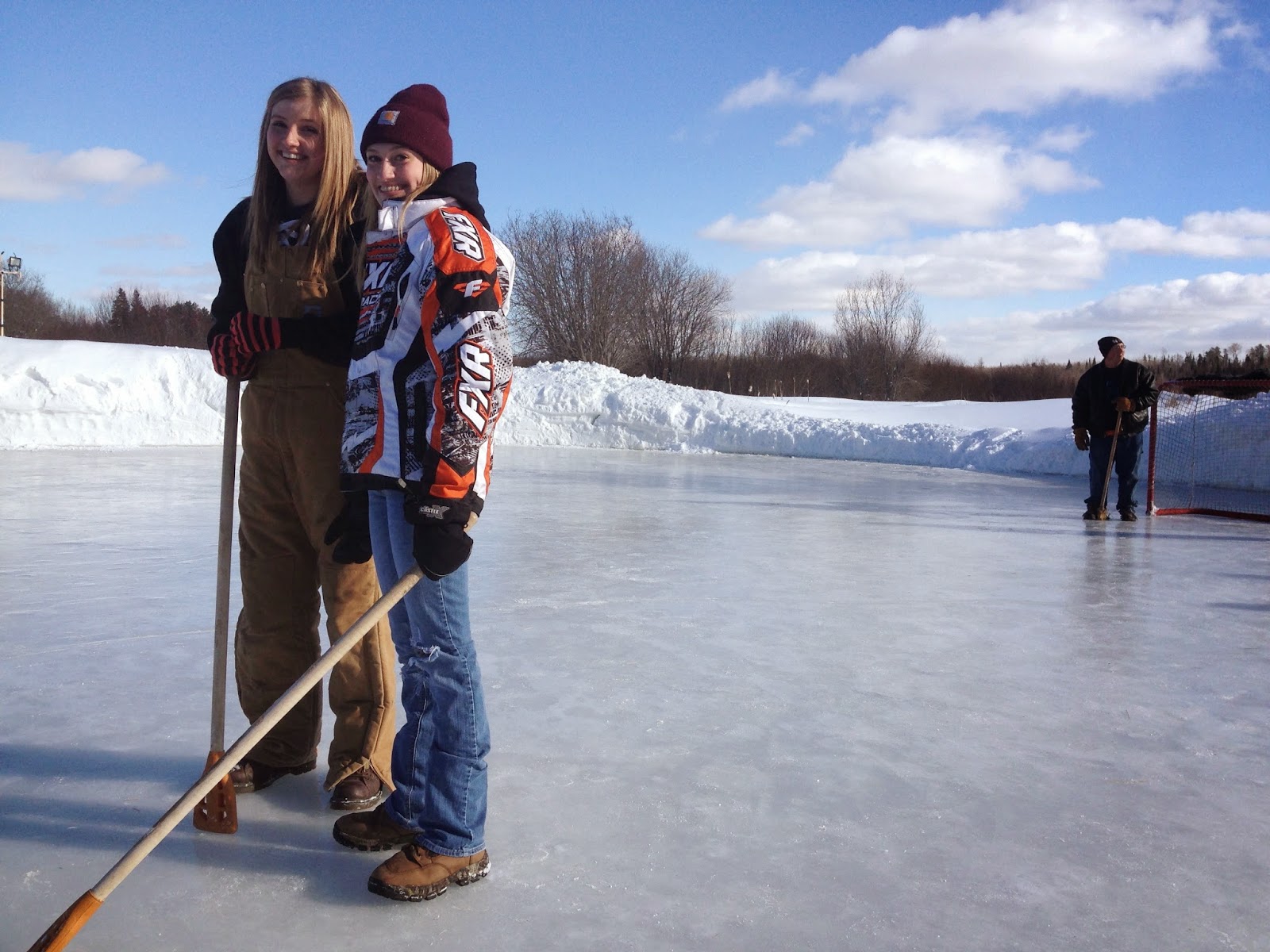 My favorite quote of the whole day was one that I overheard while hanging out by the entrance to the pond. There was a shortage of brooms and so some people had to wait to play until other people came off the ice. I heard a guy say, "oh man if I ever come into some money..." (and at that point I thought he was going to talk about the sweet snowmobile or motorcycle or hunting rifle or car he was going to buy, but nope) Instead he said, "...I'm gonna get me like 15 brooms!"

After dark we had a bonfire. I couldn't believe that a) Skeeter was able to get it started in the first place and b) how the snow around the pile never really melted and c) that fire burned and burned for hours. 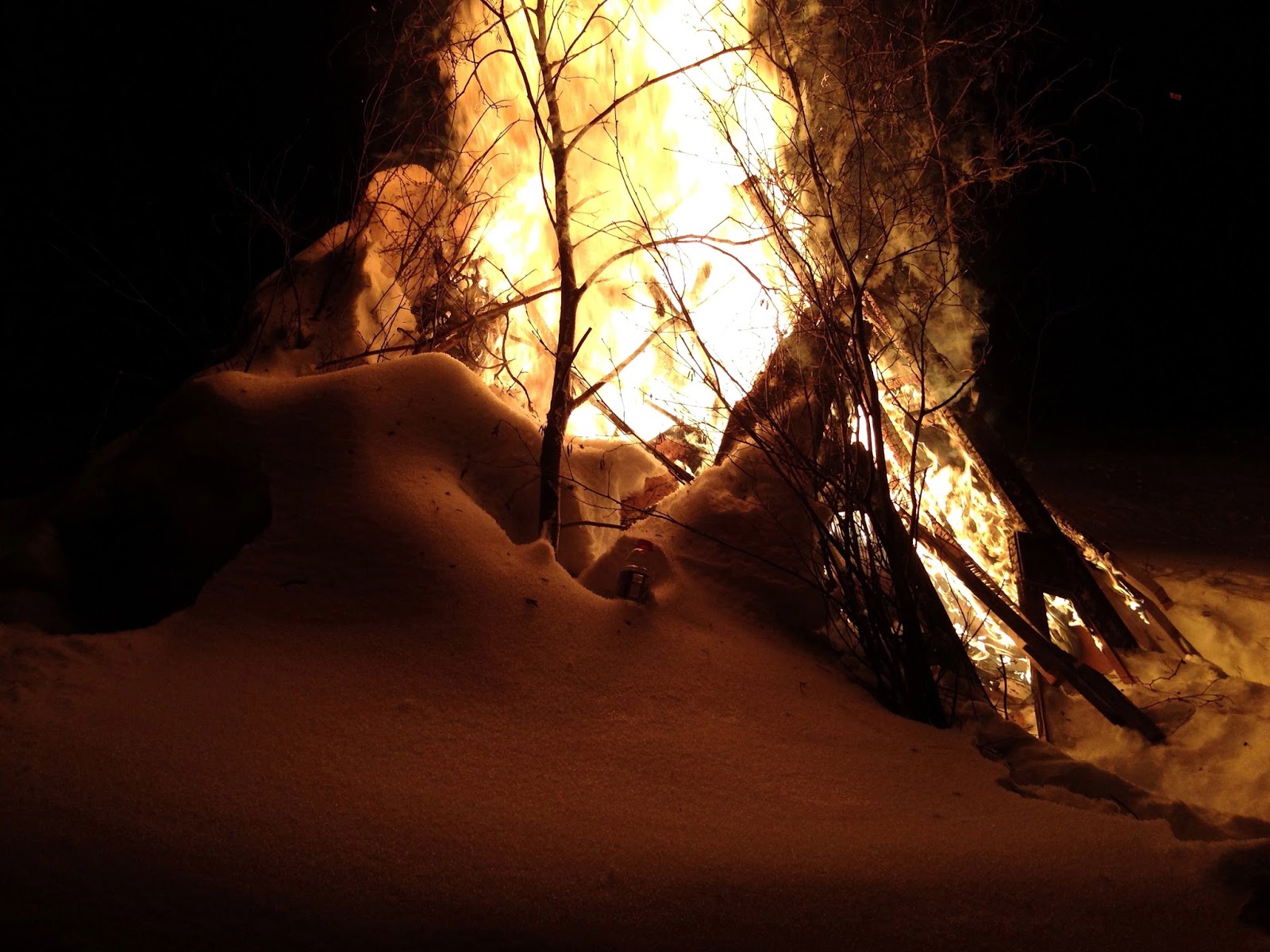 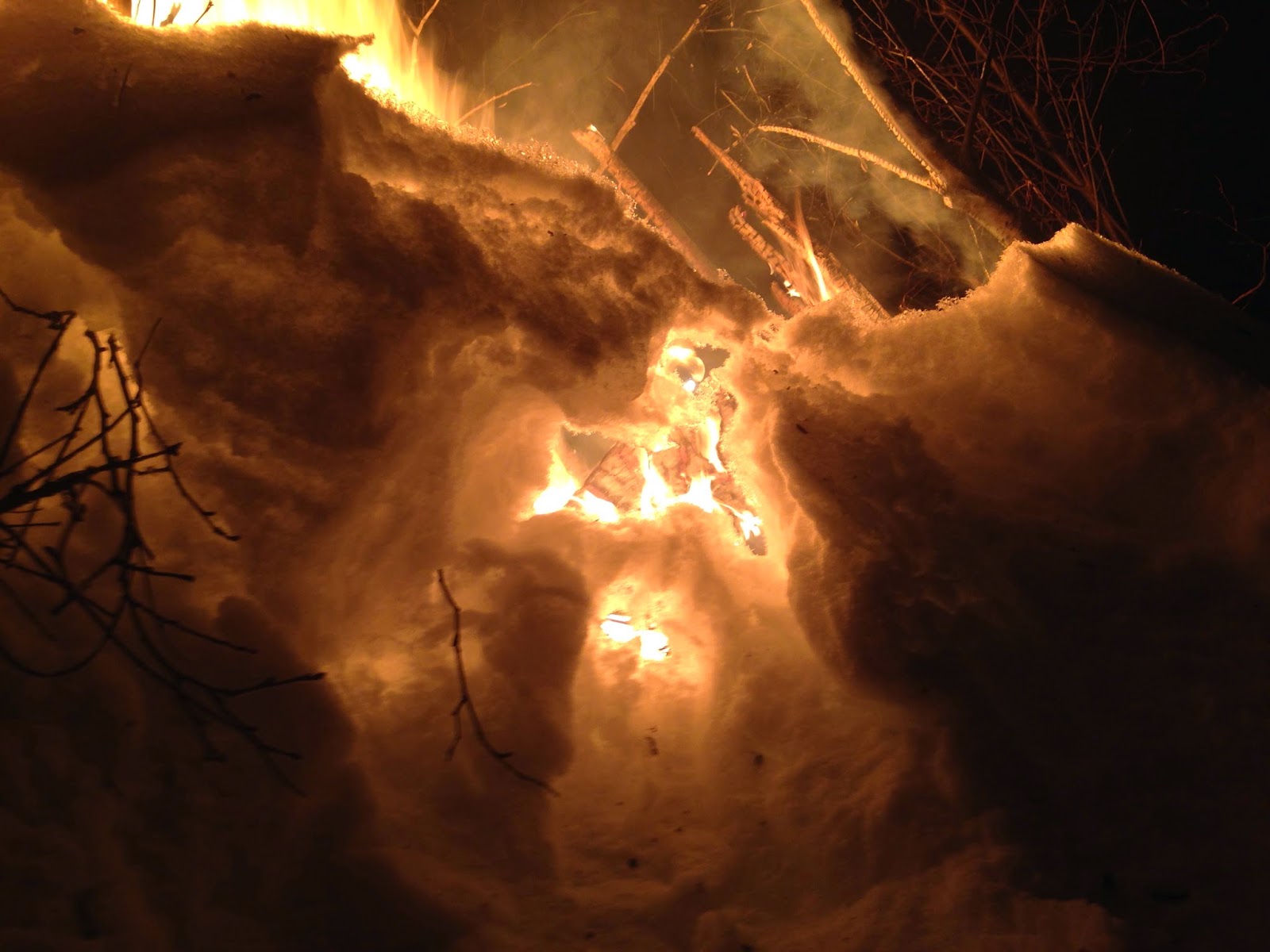 Posted by A Lady Reveals Nothing at 10:18 PM

b) there are no pictures of the BOYFRIEND!

It's been official for about 6 minutes, so no, I don't think it's serious.