A Letter to Pete, Part Two

Labels: embarrassed, family, hilarious, Old Journal Entries, old men, Romance
I used to write letters and sometimes even poems to my brother Pete when he first moved out of the house. He saved some and showed me this one last weekend and it had my crying laughing. I hope the hilarity translates. Just try to put yourself in the shoes of a 14-year-old girl at a wedding dance where the only prospective dance partners happen to be two old men in their 70's: 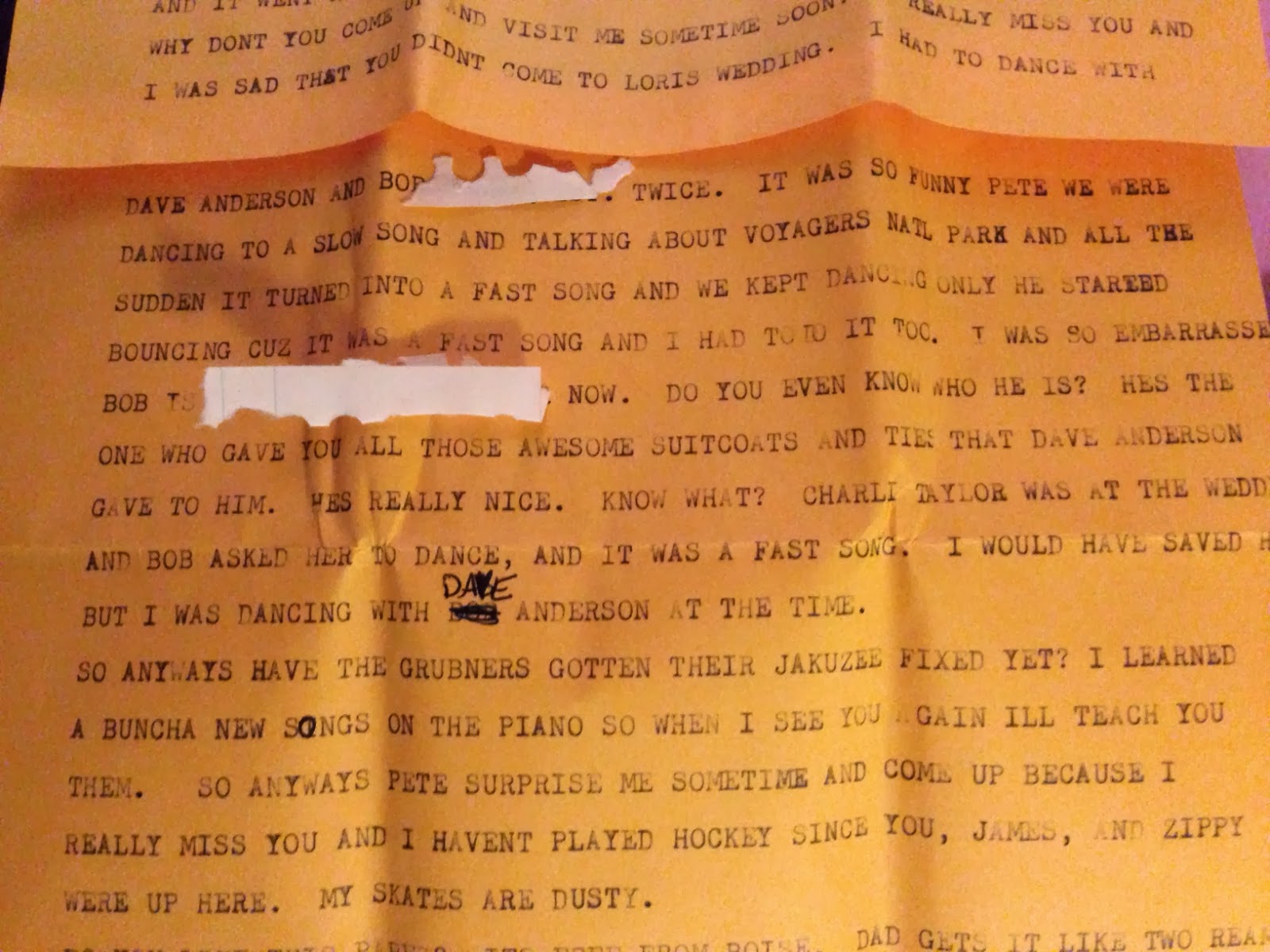 "WHY DONT YOU COME AND VISIT ME SOMETIME SOON I REALLY MISS YOU AND I WAS SAD THAT YOU DIDN'T COME TO LORIS WEDDING. I HAD TO DANCE WITH DAVE A AND BOB F [name is too unique] TWICE. IT WAS SO FUNNY PETE WE WERE DANCING TO A SLOW SONG AND TALKING ABOUT VOYAGERS NATL PARK AND ALL THE SUDDEN IT TURNED INTO A FAST SONG AND WE KEPT DANCING ONLY HE STARTED BOUNCING CUZ IT WAS A FAST SONG AND I HAD TO DO IT TOO. I WAS SO EMBARRASSED. BOB [edited again sorry] NOW. DO YOU EVEN KNOW WHO HE IS? HES THE ONE WHO GAVE YOU ALL THOSE AWESOME SUITCOATS AND TIES THAT DAVE A GAVE TO HIM. HES REALLY NICE. KNOW WHAT? CHARLI TAYLOR WAS AT THE WEDDING AND BOB ASKED HER TO DANCE, AND IT WAS A FAST SONG. I WOULD HAVE SAVED HER BUT I WAS DANCING WITH DAVE A AT THE TIME."