Sunday Favorites: The Ugly Ones

Labels: Sunday Favorites
New to A Lady Reveals Nothing? You've missed SO MUCH. Not to worry. Every Sunday, I dig through the archives to repost an old favorite. Mostly because I'm too lazy to come up with new content every single day. This story originally appeared on May 24, 2010.

Back in New Zealand, I was walking down the street when I witnessed an exchange between a scraggly-haired older gentleman and a crazy no teeth crackhead lady. She was waiving a ticket of some sort in the air, yelling something at him as she walked towards him. I couldn't make it all out, but from what I gathered, she had won like $20 on her lottery ticket. She turned around and walked the other direction, presumably to cash it in. When she rounded the corner, he threw up his arms, turned to me and yelled from across the street:

"SEE? EVEN THE UGLY ONES ARE HAPPY!" 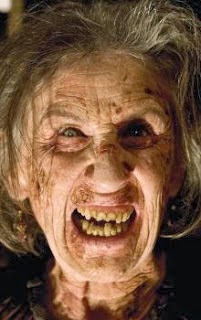 I too have had somewhat "entertaining" experiences observing crackheads first-hand and man how sad is the state of the world that I just said that, eh?