Labels: Sunday Favorites
New to A Lady Reveals Nothing? You've missed SO MUCH. Not to worry. Every Sunday, I dig through the archives to repost an old favorite. Mostly because I'm too lazy to come up with new content every single day. Enjoy! This story originally appeared on September 30, 2011:

Perhaps it's a touch of the autism, but my dad really enjoys continuity. Organization. Cleanliness. (We are talking about everything but his booger jeans here.)

And so, much to the chagrin of his six young children, he HATES it when people write in concrete. We were never allowed to do it. Boy would he get annoyed in New Orleans. It's like when a new piece of concrete is poured the whole neighborhood gathers around and writes in it.  There isn't one piece of sidewalk that isn't completely littered with writing: 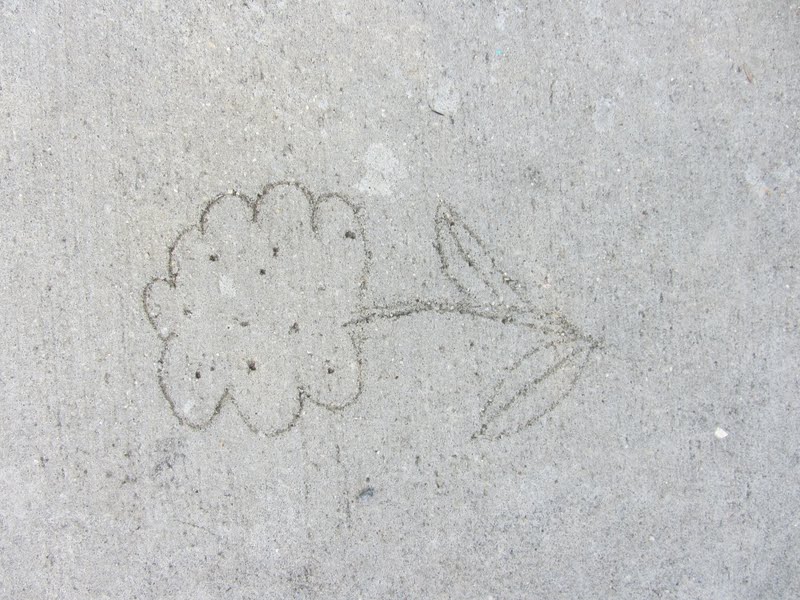 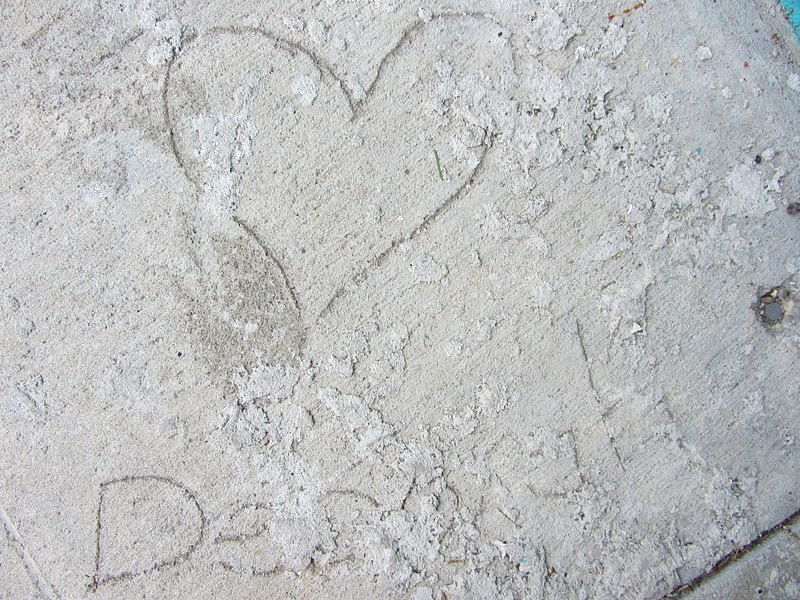 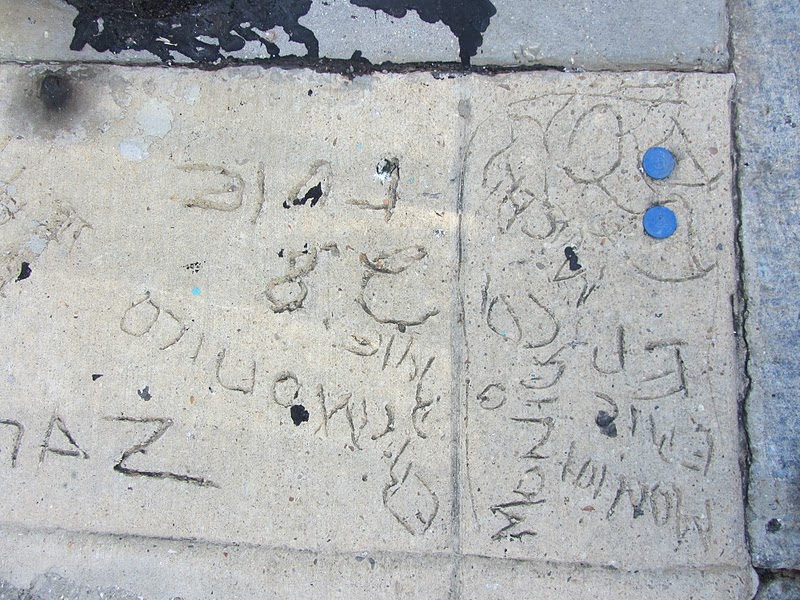 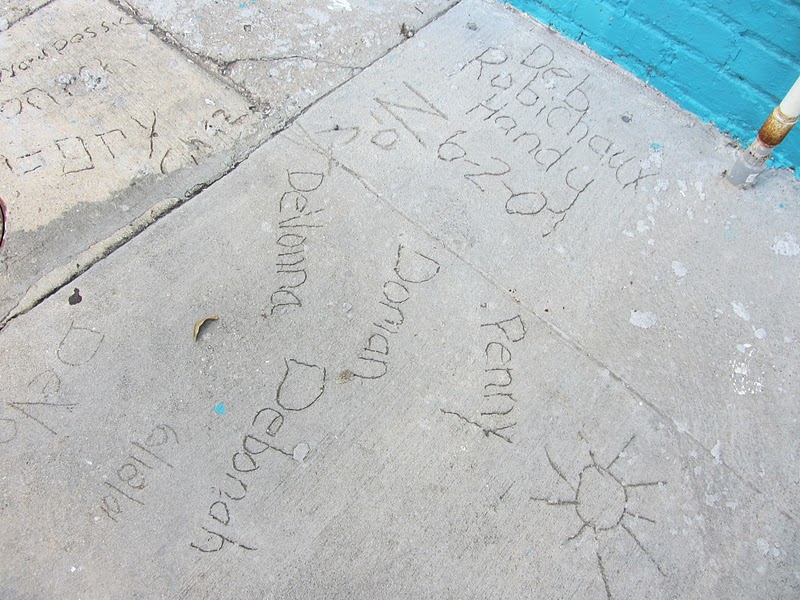 This summer, my Mom and Dad and I were sitting at home when a truck pulled up to our house, honking like he was an old friend. A man with a Southern accent asked if we wanted our driveway asphalted. He was in town working on the road and had some extra, and did we want him and his crew to put some in for us? My dad yelled 'no thanks' and the man drove away. About a week later, a different truck and a different man with a Southern accent drove up and honked and asked us the same question. This time my dad went out and talked to him for about an hour. I was freaking out because I didn't want this snake oil salesman bilking my dad out of thousands of dollars. So I marched outside, stood between them, and grilled that Southern man. Just where the heck was he from? He said Worthington, Minnesota. I asked, "what's your street address?"  *pause* THAT'S WHAT I THOUGHT. I said, "don't you think it's a coincidence that just last week another man with a Southern accent came in here trying to sell us asphalt?", and "where are you going to be when we have problems and need to contact you?", and "how are you going to re-sell asphalt to people that the city already paid for?" and "do you have any idea what a full time job it is trying to protect my elderly parents (sorry Mom and Dad) from you shifty salesmen so that they don't spend all of my inheritance???"  *ha.  There is no inheritance.  What a joke.

His bid miraculously went from $16,000 to $10,000 in a matter of five minutes and then down to $8,000. You gotta be kidding me. In the end, of course my dad didn't do it, but we got to thinking about doing something about the dirt floor in the garage.

He decided to shop around locally for a contractor right in Roosevelt who could do the work, and CONCRETE, please. (Who puts asphalt in the garage, anyways?)

We found a guy who did our neighbor's garage floor, and came highly recommended. He came in at his bid. He worked fast. He's even working on future projects for my parents.  Everybody wins.

EXCEPT: He was set to pour the concrete the day that I left for New Orleans. And so I wouldn't be able to secretly write my name in the floor of the garage, securing my place as favorite daughter and also world's best prankster. So, I contacted him and told him I would pay him $100 to secretly write 'Kady' somewhere when he was finished. Somewhere inconspicuous, hidden. My plan was that my dad should get mad at me once. Not every day for the rest of his life.

Well, he did it!  Free of charge. I was so excited about our little secret. And my dad called me and freaked out when he saw it which was exactly the reaction I was hoping for. It was. Satisfying.

Crappy penmanship. And he wrote it WAY TOO BIG. No wonder this kind of thing irritates my dad so much. My mom sent me a photo:
My mom says it looks like Lucy from The Peanuts wrote it.  I guess if you want something done right...you gotta delay your trip to New Orleans.
Posted by A Lady Reveals Nothing at 7:00 AM

If you're going to do it Do It Up Big!