The Evolution of an Appendectomy, Vol. 9 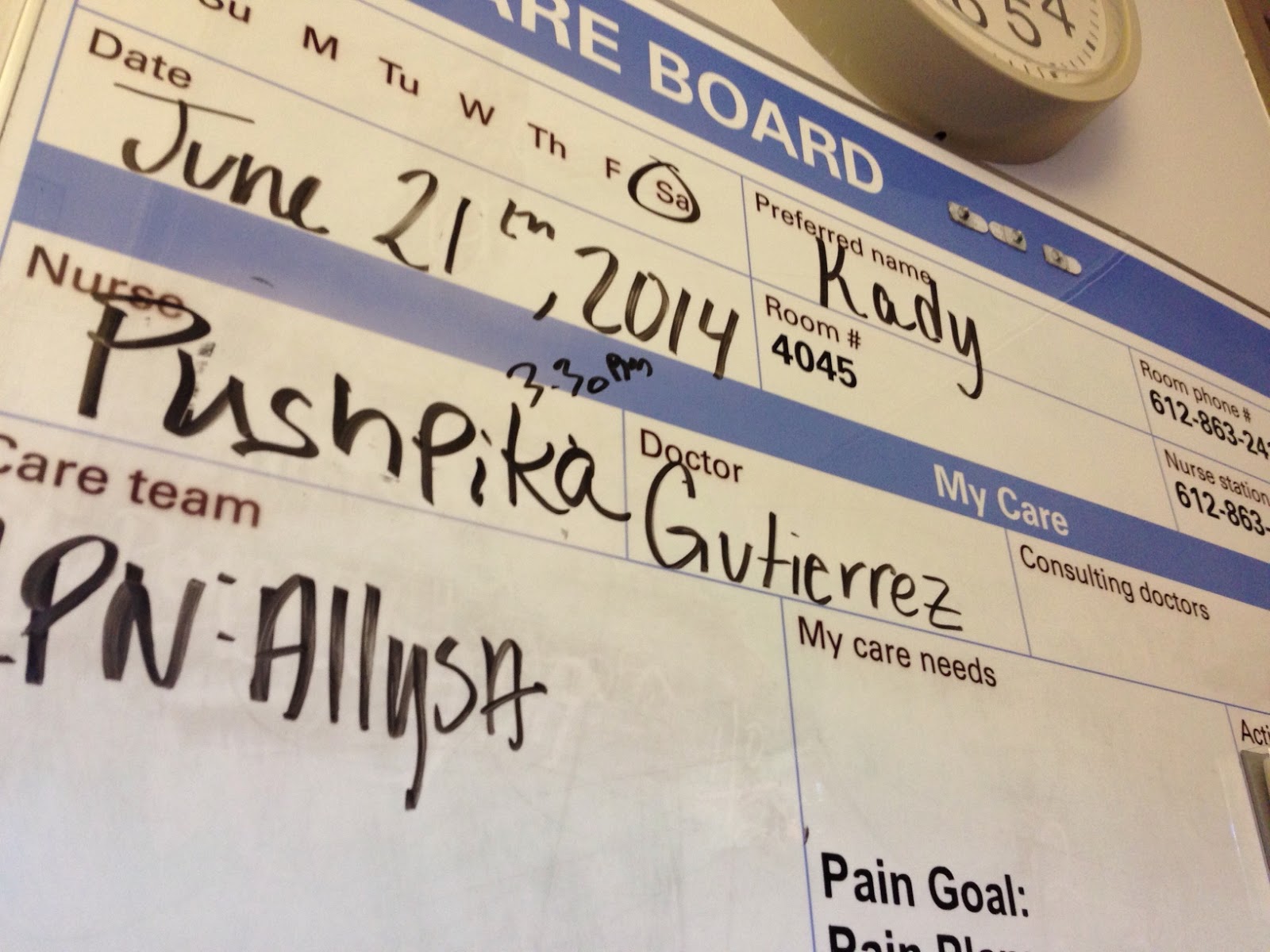 So I lay in the hospital, in and out of sleep for a day-and-a-half while nurses took care of my every need. Summer brought movies and I slept through them and there was a TV but I could barely hear it plus I was so SLEEPY.

I got to have broth (and fell asleep while eating it) and then they gave me a menu and I could pick whatever I wanted! I wanted macaroni and cheese. I mean there were so many options, it felt very luxurious. In retrospect I'm sure that macaroni and cheese was probably $475 but it was free at the time and that was pretty cool.

They kept telling me to WALK WALK WALK because you gotta get your poop churning so you can leave the hospital. I mentioned earlier that they pumped me up with CO2 and that's really uncomfortable plus my guts had just been all cut up and so I was working really hard on farting-slash-pooping. The more gas I could get out of there, the less pain and more relief I would feel. It became my "job" to fart. So they taught me how to roll to my side and then get out of bed without using any stomach muscles and a nice MA called Pemba or Phema was assigned to take me for a walk but I was scared and so I held his hand and we chooched* all around the corridors of the hospital and it was SO romantic to be holding hands with a man, even though he was quite elderly. It's so rare for me to get to hold hands and I loved it! I was highly embarrassed though when Pemba or Phema put me back into bed and I think he saw my naked butt.

One time, the nurse was in my room and I farted really loudly for like 17 seconds. We held eye contact the entire time, me embarrassed but excited, and she a cheerleader looking at me like "keep going! you're amazing!" and I did keep going and then I felt like I had to go number 2 RIGHT NOW and so I scooched to the the edge of the bed and rolled onto one side and slowly got up. I started to walk to the bathroom and looked back to make sure my tubes were all in order and I saw that I had pooped a streak from the center to the edge of the bed.

I wanted to DIE.

The nurse was still in my room! "I pooped the bed", I told her from behind the bathroom door, humiliated.

"IT'S ALREADY GONE. DON'T BE EMBARRASSED."

And that is why nurses are just the nicest people in the entire world.


*chooch is a Shash-term, which means walk, basically. Go for a chooch. Just choochin', etc.
Posted by A Lady Reveals Nothing at 6:06 PM

Little Miyo is very smart. She doesn't want to cuddle with someone who poops the bed. ☺