Labels: embarrassed, family
My mom and I finally opened the last few boxes from the move, which were all of her framed family photos, and arranged them in her bedroom. 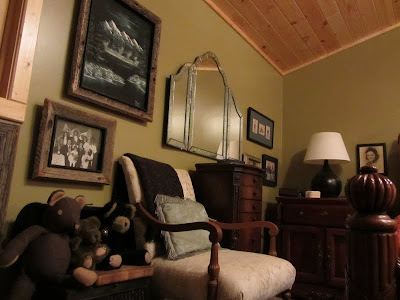 Included were the three professional photos that exist of our family.  This first one was taken at the mall in International Falls, MN.  They must have adertised in the paper because I can't think of any possible reason that the eight of us would have been at the mall together.  I remember having fun picking out my outfit, but throwing a fit because the hat didn't match.  They tried to tell me that it didn't matter because the photo would be black-and-white, but that didn't make sense to me.  Also everybody told me NOT to smile, because people in the olden days didn't smile.  I thought that was total crap.  Poor olden day people!  I guess they meant they didn't smile in photos.  I rebelled and smiled anyway.


I have no memory of this next one.  Statistics show that at least 3 in 8 Hexums will feather their hair.  Check out Keri's perm-mullet:


This one was the 30th Anniversary photo for my parents.  Somebody had the great idea to all wear denim. (Keri).  I hate my hair in this picture, but at least I don't have a piece of poop on my upper lip (Pete).

Posted by A Lady Reveals Nothing at 12:38 PM