Labels: Sunday Favorites
New to A Lady Reveals Nothing? You've missed SO MUCH. Not to worry. Every Sunday, I dig through the archives to repost an old favorite. Mostly because I'm too lazy to come up with new content every single day. Enjoy! This story originally appeared when I was in the Maldives on December 3, 2012

Women in the Maldives are prohibited by law from swimming in a bathing suit on most inhabited islands. The only exception is on the resort islands, or islands owned by the resorts where foreigners are allowed to wear pretty much whatever they want. Most of those kind of resorts do not allow Maldivians to visit, so that foreigners are not "bothered" by their culture, and, I presume locals are not influenced or at the very least offended by the Western culture. This "covering up on the beach" thing was a little new for Summer and me and I ended up having to buy a suitable swimming shirt for our visit to the island of Gaafaru. My running anti-upper-thigh-chaff shorts would have to do for bottoms.
We were excited when we booked our "luxury" resort on the island of Maafushi because we were given the impression we could "wear bikinis" and even "drink alcohol". Nope. All of the beer in the fridge was NA, and we saw the following sign above the entrance to the restaurant of our hotel: 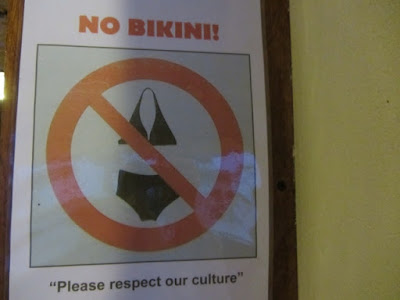 This is a drawing of the most modest bikini I've ever seen.


It's not THAT big of a deal, but the thing is...even in our "modest" swimming attire, I felt extremely exposed and extra-slutty. Especially when I saw the local women swimming on our beach with their children in head-to-toe cover. Some foreigners were defying the rules and we even saw two women wearing thong bikinis (!), but Summer and I only felt comfortable about the bikini thing when we were out on our scuba excursions in the boat, far away from the island. (Our scuba instructor assured us it would be OK.) 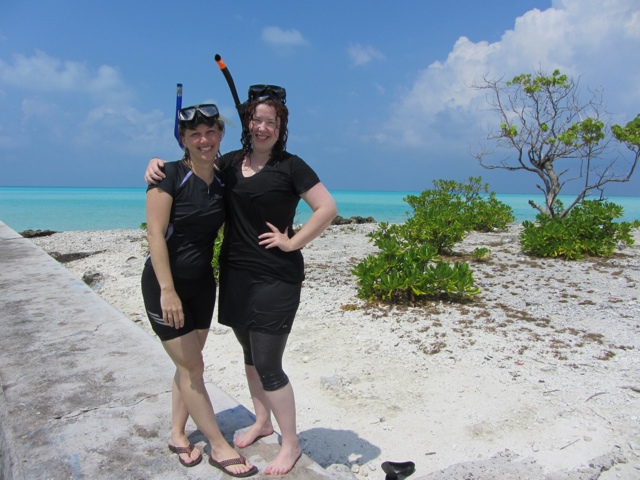 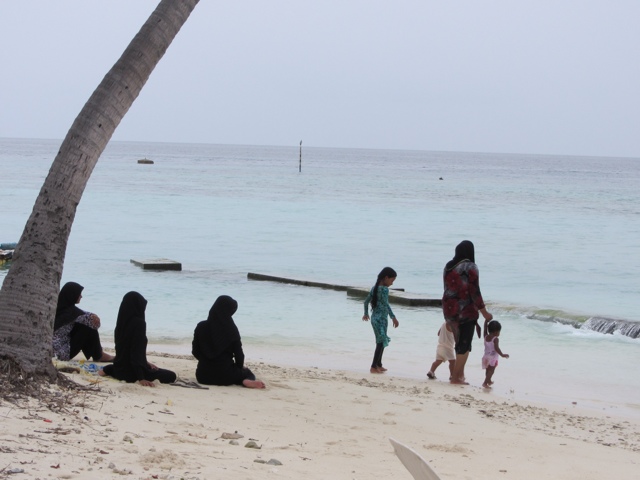 What you're supposed to wear. 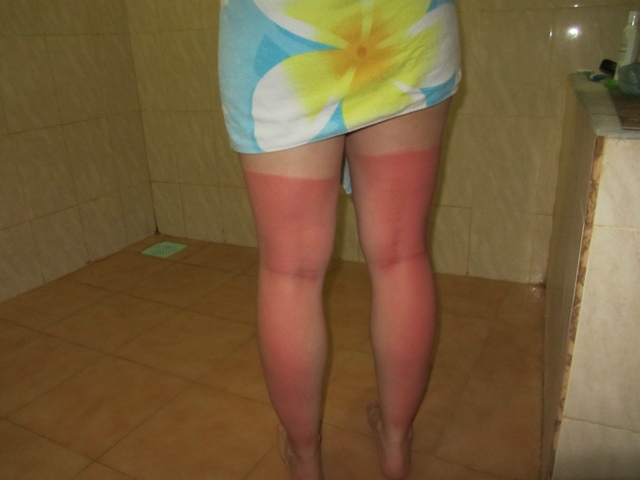 "Modesty" makes for some interesting tan lines. I'm sure those ladies were like, "that's what you get."

But, come on! Why wouldn't the people of this country want to see me in a bikini? 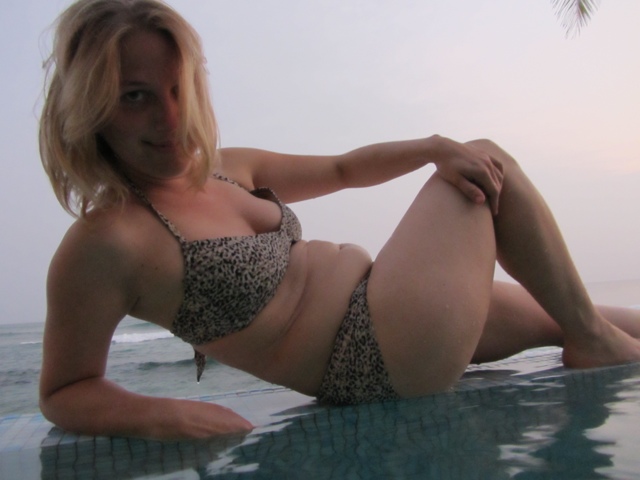 Posted by A Lady Reveals Nothing at 7:21 AM