Labels: Sunday Favorites
New to A Lady Reveals Nothing? You've missed SO MUCH. Not to worry. Every Sunday, I dig through the archives to repost an old favorite. Mostly because I'm too lazy to come up with new content every single day. Enjoy! This story originally appeared  when I was in Nepal on February 15, 2013:

Traveling through India as women hardened both Summer and me into almost unrecognizably mean versions of ourselves.

Summer even punched a man.

After leaving India, our new and more horrible selves traveled through Nepal. On two separate occasions, while innocently window shopping on the streets of Kathmandu, out of the blue I was sidled up to from behind by a gross dirty stinky man hissing in my ear, "You want some hash?" and both times, I jumped right out of my skin, as if they had hissed "BOO!" (It didn't help that he said it in Gollum's voice.)

I decided if it ever happened again and if I had the frame of mind to do it, I was going to punch the next guy. Why in the heck would you scarily approach a woman from behind and hiss into her ear? I was going to take it upon myself to teach the lessons of decency to the gross dirty stinky men of the world. Ladies like Kady Hexum do not appreciate being approached in that way, nor would they be buying any HASH "from the likes of YOU, Thank-You-Very-Much."

Well, it happened a third time. And I was prepared for it. I steeled myself, spun around, and wound up to flatten him. What I saw in his hand stopped me instantly. And in that millisecond, my mind replayed what he really had said: 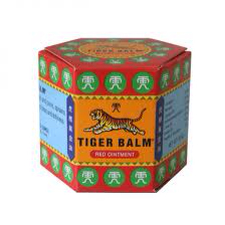 You got lucky this time, Poor Tiger Balm Salesman; you got real lucky.
Posted by A Lady Reveals Nothing at 7:30 AM

haha I just saw that movie -- loved it