So my boss always lets us out at noonish on the 24th. Well I got nowhere to be and so I always go to Southdale and watch as many movies as I can fit into the day. In years past I would just pay for one movie and then sneaky sneaky into the other theaters. I have to say it was kind of an awesome feeling to sneak because I felt like I was "on the lamb" even though nobody paid attention or asked to see a ticket. But, my criminal days are over and now I buy all of my tickets. It's only $5 a movie for cryin' out loud. For a few days in advance I prepare by checking the schedule, printing it out and carefully finding movies all in a row with not a lot of lag time in between. I had four movies picked out with only 2-3 minutes between them. Well of course the previews from the first movie threw off my schedule and I was late for the 2nd and 3rd movies. Not too late...just a minute or two, but enough to be super confused for Seven Pounds, which is supposed to be some weird mystery the whole time. And it was, I think, even if you got there on time. So I saw Four Christmases at 2:30, Seven Pounds at 3:55 and Quantum of Solace at 5:55. I was gonna watch The Day the Earth Stood Still at 8:30 but decided against it. REVIEWS: Four Christmases: Predictable. Cute. Funny in some spots. Reece Witherspoon's hair mysteriously gets four inches longer in some scenes and more yellow-y blonde in others...? Seven Pounds: Good. Sad. Not the best movie in the whole world. Quantum of Solace: Daniel Craig is SO SEXY. 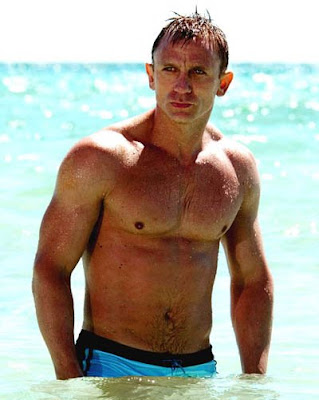 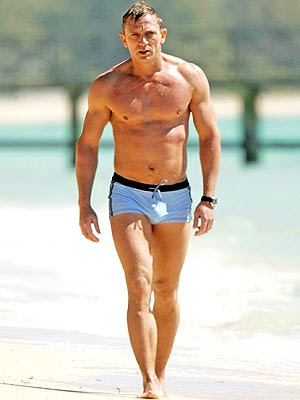 Tomorrow I'm having some people over for the entire day and we're gonna have eggs and bak-y for breakfast, paninis for lunch, and chili for dinner. And then we're gonna watch Arrested Development ALL DAY LONG.
Posted by A Lady Reveals Nothing at 10:11 PM

yeah he is, woohoo!

Jake called him mr looser guy who gives all men a run for their money.

That picture is insanely great! Sounds like a fun day.

Hope you had a fun day (minus the booger incident) We love Arrested Development.

That's awesome Kady! I did that about the same time of year. You should call me next time you have a movie day and see if it coincides with my movie day. That would be a lot of fun. I'd share my popcorn and sprite with you, even though I know you probably "don't want any" or "all".