The Best Thing We Ever Did

Labels: family, life up North, pee
About 42 years ago, my mom had a little baby boy named Scotty.  He had a spinal disorder similar to Spina Bifida, and so part of his spinal cord was unprotected.  Spinal fluid gathered in a big blister on his back.  Anyway, he lived to be about four months old and then he died.  The funeral was a whirlwind. Being so far away from the graveyard, and having had five additional children after his death, she actually didn't ever see his grave again until I was 16 years old, or 25 years later. She was horrified to see that his little grave marker said "Scott J. Hexum".  My grandparents took over the funeral arrangements because they lived pretty close to the graveyard and also my parents were very young.  They never thought she should have named him Scotty.  (They reasoned that he could be called Scotty, but he should have an official name.)  Well she disagreed and named him Scotty anyways.  But then they got him a grave marker that said "Scott." 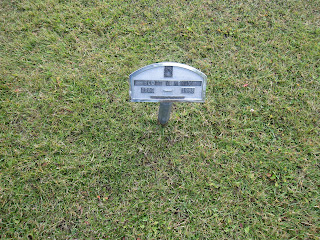 So now for 17 years, she's been meaning to get him a gravestone, but just never got around to it.  WELL, us wonderful kids secretly plotted to get this superman: 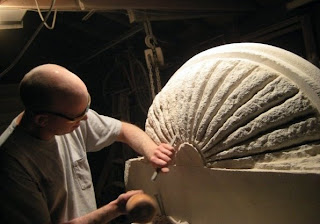 To spend a million man-hours designing and HAND CARVING this beautiful stone: 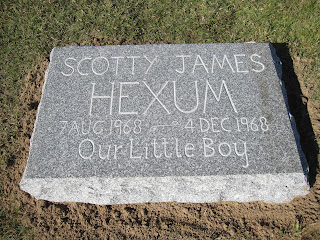 And then we plotted for over a year to get it up to the graveyard and have it set so that it would be a nice surprise for my mom.  My dad hates surprises and so I told him about it pretty early on.  So, I told my mom that Kay had some "work" to do up in Roseau, MN and that he and his wife would be coming to stay at our cabin.  Kay got up in the morning and left for "work" and his wife Josette and I went to "coffee"  (a stretch because the town their cabin is in has 160 inhabitants and we always just have coffee at home with my mom, but whatever.)

Then Kay set the stone, and my sister Kim and her daughter Hanna arrived and we all non-chalantly had lunch.  Afterward Kim suggested we go to the "grocery store" (here is a photo): 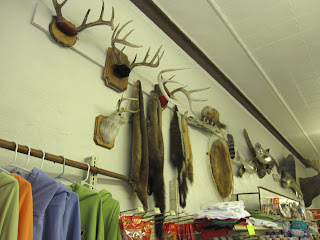 Which was weird because my dad NEVER hops in the car to go to the grocery store, but whatever.  Then Kim drove straight to the graveyard and my mom didn't even ever get suspicious.  We started walking around the graveyard and hoped she'd notice the new stone.

It went off pretty well.  She saw it and then started bawling and we cried and she was SO happy.  The moment was very touching, even though my dad kept saying that "a dog already peed on it!"  And then later she said it was the best present she ever got from us kids. 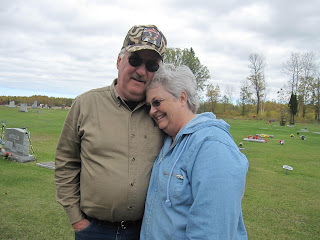 (Shortly after the reveal.  "How about a hug for the blog?")
Posted by A Lady Reveals Nothing at 11:29 AM