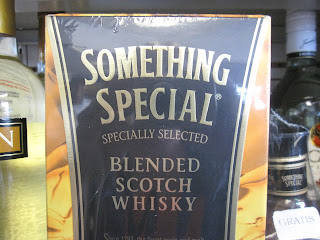 I went to Granada with 5 friends this week (thus no blog posts and thus the name "Granada 6"), and had the best best best time.  There are way too many photos to post here, so I'll link to my facebook album later.  Here's a photo of one of my more hilarious jokes of the week, when I said,

"hey guys, pick me up 'something special'".  5 minutes later when they saw the box they laughed.
Posted by A Lady Reveals Nothing at 11:58 PM