Sunday Favorites: I Am a Creepy Old Man

Labels: Sunday Favorites
New to A Lady Reveals Nothing?  You've missed SO MUCH.  Not to worry.  Every Sunday, I dig through the archives to repost an old favorite.  Mostly because I'm too lazy to come up with new content every single day.  Enjoy!  This story first appeared on February 22, 2011: 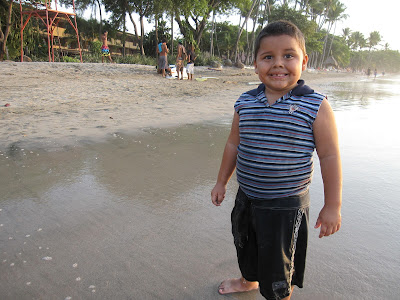 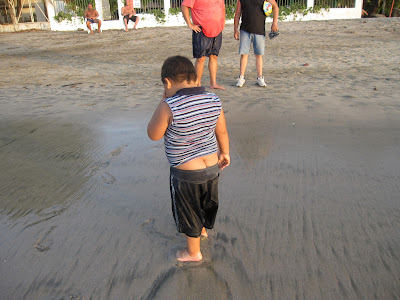 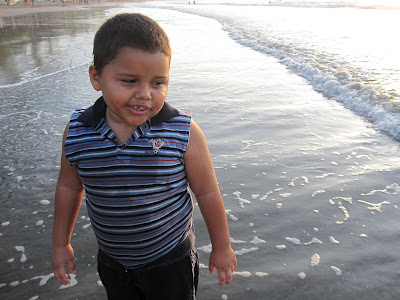 So I was at the beach the other day, and I saw this little guy run past.  His butt was hanging out, he had ice cream all over his face, and it made me laugh hysterically at how cute he was.  Then he started karate chopping the air and running around in the waves, making his dad look and laugh.  I wanted a picture.  Or three.  So I went running after him with my camera.  But he only faced me for the photo.  Obviously.  So I told him in Spanish to turn around so I could get a picture of his butt.  His dad was standing there, so I felt weird and creepy but still I told him, "I just want a picture of your kid's butt."  I believe the word I used though was 'culo' which technically means 'a**'.  You see, Spanish is my second language and I'm not so aware of what words are terribly offensive in which countries quite yet.  But the dad didn't flinch thank goodness and told his kid to turn around for me.  Sad.  After I laughed maniacally (as usual) and took my photos, the kid took off running again.  But I loved him, and so I threw my camera to my friend and chased him screaming "I'm gonna GET you!", while trying to actually GET him, arms outstretched.  And then he fell in the water and later on my friends told me because I was chasing him with my arms out it looked like I totally pushed him facedown in the water.
Posted by A Lady Reveals Nothing at 10:48 AM

Now I know why you were dreaming of Costa Rica!

First you want a picture of his butt, and then you chase him and push him down in the water? I'm sure Daddy was shaking his head saying, "Nina Blanca Estupida".

In the second picture (the picture of his culo), he looks like he's got his head in his hand, COMPLETELY ashamed. Nice Kady, nice.