Labels: Kady Stupid, Super Athlete
I signed up two weeks ago to do the Lifetime Fitness Triathlon tomorrow.

DUMB. (I haven't trained.)  Oh well.  Would you like to read the story of when I did the same Triathlon four years ago?


So, on the Friday night before my triathlon I needed to be at the Minneapolis Convention Center to pick up my race packet by 8:30. I figured if I left Rochester by 6:30 I would have plenty of time. On a whim, I called a friend and asked her to get me exact details about location, etc. I found out that the packet pick-up closed at 8pm. I was exactly 90 miles away and had exactly 90 minutes to make the trip, get downtown, park and get my packet. I drove like a madwoman and got to the Convention Center at 7:59. As I was running in flip flops to the pick up area, I saw another girl running. "ARE YOU LATE TOO?!" I screamed across the room. "I WAS JUST COMING FROM ROCHESTER, WOW! I THOUGHT I WOULD MISS IT! AHAHAHAAAA" No response.

Thus began a weekend of me trying to strike up conversations with everybody and being met with only blank stares.


Lesson of the day?
I think my main problem is that I don't give people a chance to realize that I'm talking to them. I just approach talking all loud and "in your face" and they just don't hear me because by the time they see I'm talking to them I'm already done saying what I had to say. Right? It can't be because I'm annoying. Right? Mom, you still love me, right? 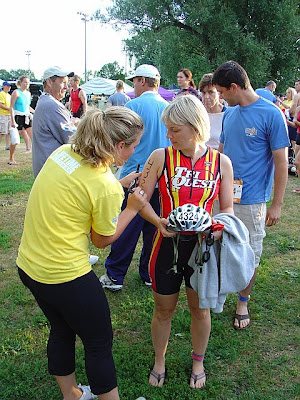 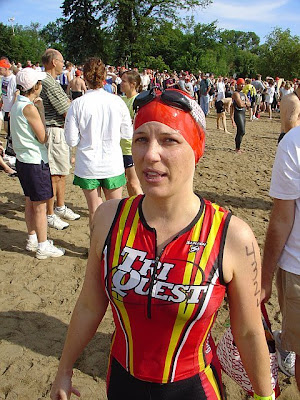 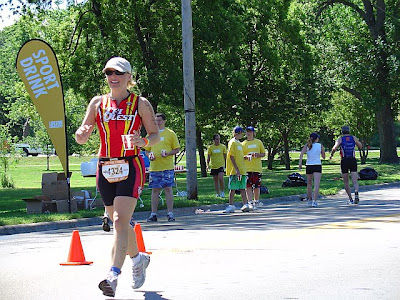 Posted by A Lady Reveals Nothing at 12:26 PM

I've been there. You might like this article on the whole "I kinda give you a compliment you just kinda stare at me" thing
http://www.esquire.com/features/how-to-compliment-1009

This cracked me up so much! I have done two triathlons, and due to injuries / being injury prone, I've hardly trained as well. But I've lost 65 lbs in the past couple of years, I'm still not normal weight yet (15 more to go!!), and my goal is just to not be last (met that both times!). So I probably don't "need" to train.
And I always tell myself (with 5ks too) that I WON'T joke with people, just focus. But I can't help it. I ask the cops who are closing off streets how much it'd be for a ride back, and all sorts of shenanigans. I usually get people responding though or at least a smile. =) Good luck with the triathlon!! Kick some ass.

I think other people are just focused on how much it sucks doing a triathlon and it probably makes them hate inside. If something bad were to happen and for some reason I was forced to do a triathlon, I'd hope you'd be there.

Great article, Jamie...I can totally relate to that guy.

You have some kind of gene for openness and hilarity; oh I guess that's 2 genes. More people should have these, and then sign up for races against each other. It would be more fun that way to be a spectator.

I would not sign up for a race that made me paint my age on my legs! No. Way.