Labels: Auntie Kady
I took Murphy and Miyo on the seven hour car ride up to my parents' place over Labor Day weekend. They have really grown up a lot in the three years I was away from Minneapolis...Miyo is so bossy! And she calls my mom "Gram" and my dad "Gramps" which makes me die I love it so much. Nobody taught her that. It was very hilarious how she would say to me: "we need to talk." and then motion for me to join her on my parents' front porch. Then she'd say, "have a seat." and then motion for me to sit down. But then she didn't say anything. When it was snuggle in bed time, we'd be chatting about my mom's garden and if we got away from the conversation she'd say, "yah...let's get back to the vegetables."

My dad got a new boat! (New to him, actually it's quite old.) But it has a steering wheel! No more steering from the back of the boat. Look how fancy and rich we are(n't) now: 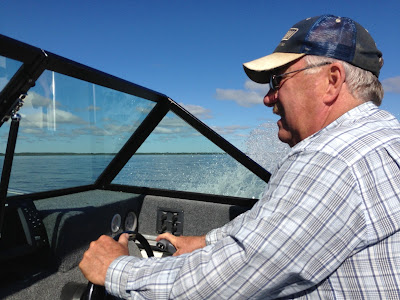 Miyo loves to go "pickin' groceries" in Gram's garden. (I had to force her to actually eat that carrot, but through her tears I'm pretty sure she told me she liked it.) 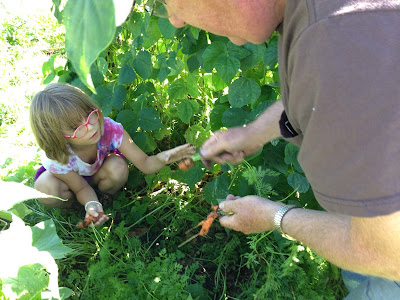 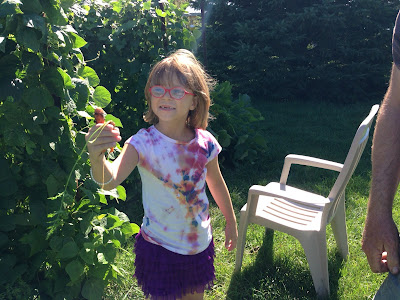 Is six to young to start using a knife for cutting onions? Well, I didn't want to do it! They make my eyes water! Hilariously, she was using the blade upside down at one point and had her finger pressed down on the sharp part to press down on the onion. Good thing the knife was so dull, and don't tell her mother. 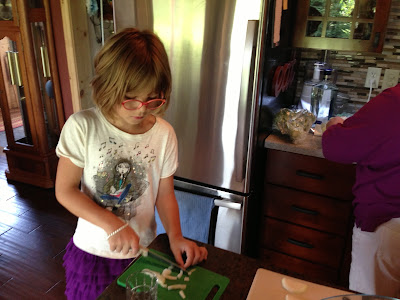 Later we baked some cookies and somehow this happened. I blame Miyo. 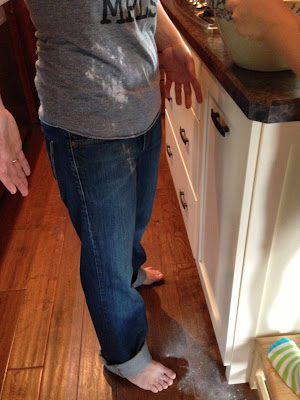 And of course, there were plenty of cooking shows, where Gram and Miyo almost mastered the art of French Toast making:


I have zero pictures of Murphy. What a terrible, terrible aunt.
Posted by A Lady Reveals Nothing at 7:00 AM