The Coca-Cola Myth, As it Relates to "Certain" Poor Children in America

Labels: family, life up North, near death
When you're a poor kid in America, it is assumed that all you drink is soda (from here I'll just call it 'pop', because that is what we call it in Minnesota) because it's so cheap or whatever. My seven-year-old self WISHED. Because. Not in the Hexum house circa 1980ish.

I guess "so cheap" was still expensive for us. The other poor kids in our neighborhood got pop. We never got pop.

There was a permanent two-liter bottle of Coca-Cola in our house alright, but it was in the lazy suzan and it was for one thing and one thing only: mixer for my dad's Canadian Windsor whiskey. The same two-liter bottle of Coke would be in there for about a year, that's how much he drank and that's how much we kids knew to KEEP OUR DIRTY MITTS OFF IT.

If on the very off chance that one of the older Hexum kids was feeling generous, you might get some, once in a great while and you'd definitely have to share it and there was no way you could ever dream of ever having your own can of pop so just forget it.

There was a similar family to ours in a more southern Minnesota town and they had the same horror of a pop-free childhood.

But one time and by some miracle, as one of them related to me, two of them got a pop to share. They were in the backseat of their family's vehicle, probably a station wagon, sharing that pop. While one would sip, the other would eagle-eyes glare at the sipper to make sure not too much sipping was happening. And then the pop was passed so that the glarer became the sipper and the sipper the glarer and so on. For an eternity they shared the pop, each sipping just a tiny bit and savoring it and then passing to the other. And then the driver of the station wagon (probably) took a sharp curve in the road and somehow the back door wasn't shut properly and out of the station wagon (probably) tumbled two children and a can of Coke.

The narrator then told me that as her head hit the pavement her out-of-focus sideways view showed in the periphery: the station wagon (probably); the other kid, lying there, dazed; the driver, screaming, running toward her; but all she cared about, all she could focus on was the can of Coke, on its side, spilling that priceless nectar onto the ground. 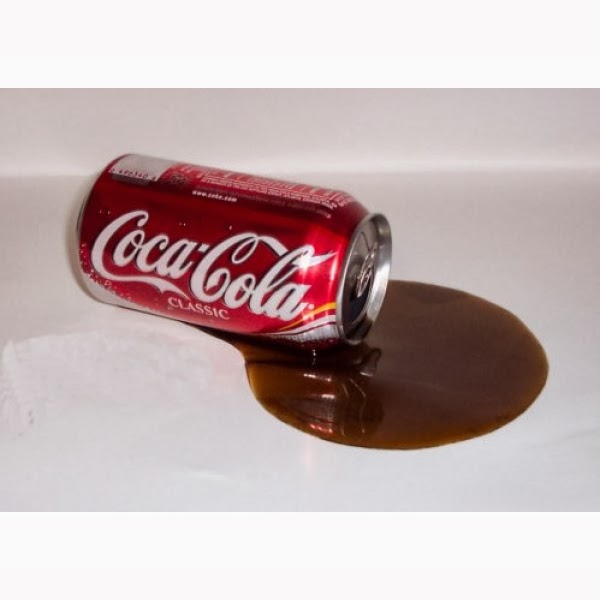 Posted by A Lady Reveals Nothing at 9:40 PM

I grew up in the country, and we could have pop if we paid for it with our allowance ($6/week, mind you) and not inconvenience my dad in any way in order to get it. We would beg for him to drive us to the gas station to "get some pop" and he'd smirk and say "I'm already right here!"