Labels: Australia, Kady Stupid
This is just a slight complaint.  Something somebody should have asked me about first.  Before they made it the NATIONAL MONEY of Australia. 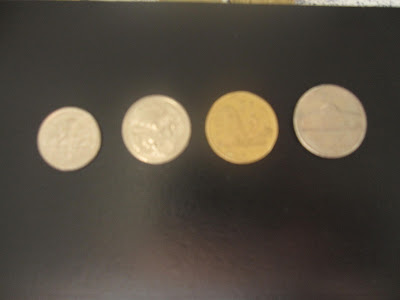 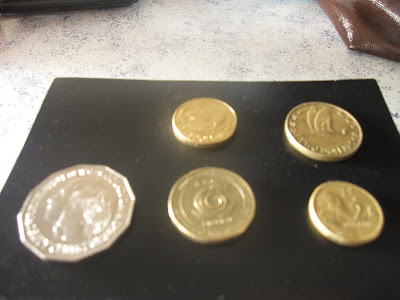 On my first day in Australia, I bought something for $5.80, (let's say...) and gave the woman a $10 bill.  She handed me a handfull of coins.  I need my change, I say.  You've got it, she says.  Oh, you gave me just the change, I need the bills, I say.  Then she explains that I have all the change.  Of course I was hugely embarrassed, and thus began a month of carrying around six pounds of coins in my purse.  Not realizing of course that there's like $50 in there.
Posted by A Lady Reveals Nothing at 2:28 AM

I seem to remember Australians loving gigantic coins over paper money and my mom complaining because her purse was always so "damn heavy!"