Labels: Currently Obsessed With..., family, life up North
My Mom and Dad and I went to the Roosevelt Steam and Gas show on Saturday and got to see a bunch of cool old tractors and steam engines.  They had a parade and a demonstration and kids games and my favorite meal, the Taco in a Bag.  Highway robbery at $4.00, but I digress.

At the end of the parade, we learned a lot about steam engine tooting.  It was more an ear-blast of a demonstration of several different signals, like the short-long-two shorts, and the one long and the five shorts etc etc etc.  The only problem was they blew the horn each time and it was way too loud and kids were crying.  "Yah, we got it.  Jeez."﻿﻿﻿


We even got to see old steam engine equipment removing the chaff from wheat.  But first I was crowned "Miss Wheat Steam and Especially Gas".

First, you need a wheat field with an inattentive farmer-owner.  When he's not looking, glean a little and pluck the top off.  Like so: 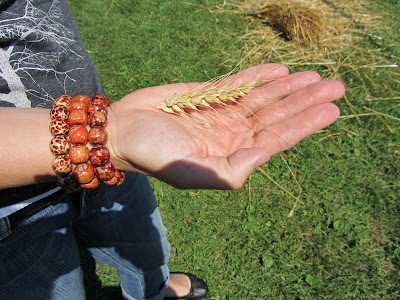 Then, you roll it around and around in your hands until you feel the chaff breaking off, like so: 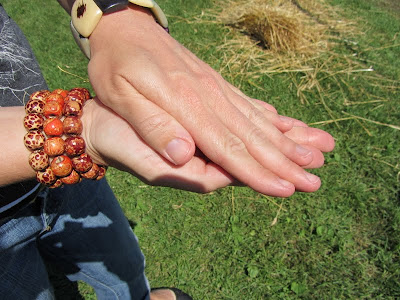 Then you end up with the seeds and a buncha extra loose chaff, like so: 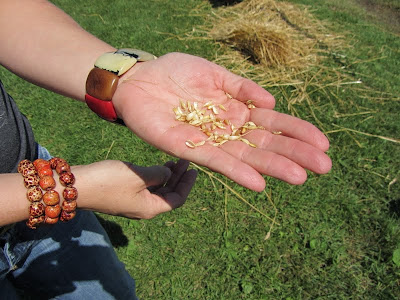 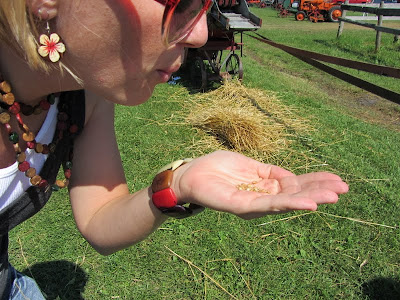 And you got yourself a not-so-tasty treat.  Warning: not for "Gluten-Intolerants". 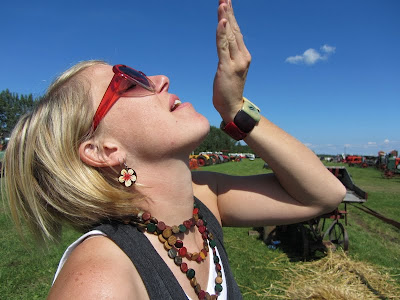 Those lying fakers will just have to stick it in their mouths to look cool, like so: 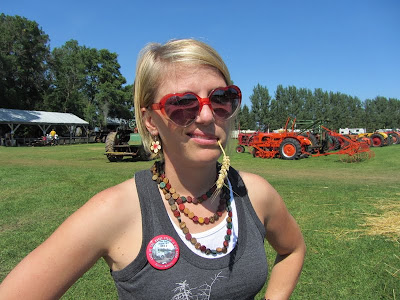 See ya next year, boys! 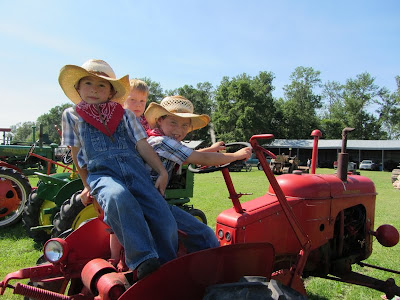 Posted by A Lady Reveals Nothing at 12:49 AM

I miss you and your mom already!!!

This seems to be an obvious snub on Hal.

I thought you meant me, Kelly -- but I can see you not you mean Jacqui. haha