I am a Truck Driver

Labels: Around the World 2012, embarrassed, gross 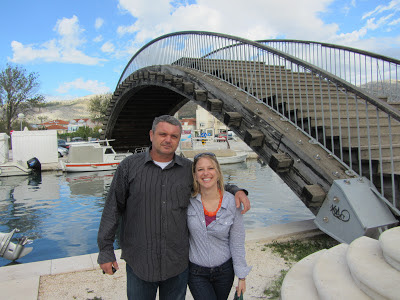 My dad has a good friend named Branko from Canada, or at least I always thought he was just Canadian. (You might remember him from the story where I was almost decapitated.)

Well, apparently Branko is Croatian. I didn't know this until I was fully in Croatia. Some phone calls were made and it was arranged that Branko's cousin Svjetko's son Conrad was to pick Ross and me up and take us for a little coffee and a tour.

Conrad has a delicious sense of humor and we got along famously. Especially the part when I opened my car door and hawked a huge loogie out it. I did apologize because I was a little sick, and that's when Conrad taught me how to say the Croatian phrase for "I am a Truck Driver."

Classy Lady.
Posted by A Lady Reveals Nothing at 11:32 AM

Do remember how to say it? Because I want to know.

Is it the same noise you make EVERY SINGLE TIME you brush your teeth?