Labels: Around the World 2012, embarrassed, hilarious, misunderstandings, poop
As a divorced woman, I'm no stranger to rejection. I've even come to expect it, which is precisely why I sabotage any budding relationship possibilities. However I was completely taken aback by a particularly hurtful email I received from an acquaintance in response to a sincere inquiry looking for news of his safety after a natural disaster.


While staying on Kotor Bay in Montenegro, I decided to go ocean-kayaking. Not satisfied with the hostel's published price of $36 for the day and no option for an hourly rate, I walked out of the walled city and headed for the shore to see about finding a better deal.


When I got there I found a few kayaks locked up on a stand, for rent by the most adorable 20-something Montenegran boy. He was sitting in a fold-up camping chair feeding a stray cat. Awwwww! I asked him how much. $7 for one hour! (Money saving tip: buy direct from the source.) I only needed an hour anyway. He gave me the most hilarious tutorial about "how to kayak" even after I told him I was an old pro. He called my butt my 'bottom' when describing how to get in and out of the kayak. Awwwwww! And then offered to keep my shoes so they wouldn't get wet. Awwwwwww! I gave them to him, but tried to keep the little socks I wear, because, gross. He grabbed them out of my hand. "Oh. Um. No...I'll keep them...gross!" I said as he held them in his hand and walked them over to my shoes.


"How could I be grossed out by the socks of such a beautiful woman?" he said. Awwwwwwwww! 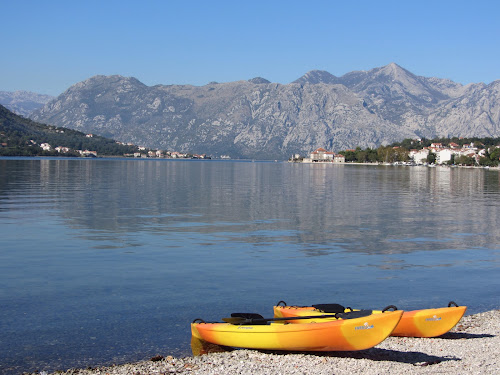 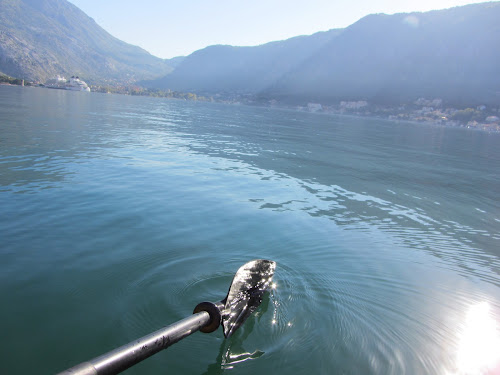 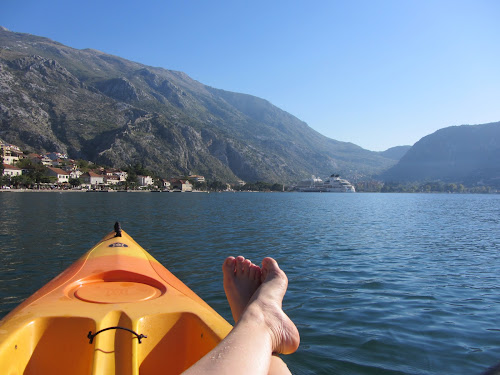 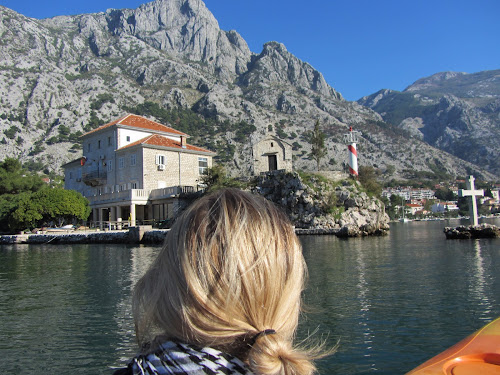 I really enjoyed myself, at times taking photos with one hand and paddling with the other. When I returned the kayak, the adorable Montenegran boy remarked, surprised, "You have beautiful eyes." (AWWWWWWWWWW!)


I ended up chatting-slash-flirting with him for quite a while (obviously) and later in the conversation he said something again about my green eyes (they're blue). I joked about wanting a baby -- as is my custom with much-younger men. We laughed as he told me how when he arrived to work that morning, he found a human turd right in front of his kayak stand and he was pretty sure somebody did it on purpose. Oh, how we laughed. (My kinda humor).


Three weeks later, I heard of the 4.5 magnitude earthquake near Kotor Bay and so I sent a "hope you and your family are safe"-type email, in reply to which he sent a lengthy response filled with smiley faces and the following direct quote:

I was dumped via email by someone with whom I'm not even involved.

Posted with Blogsy
Posted by A Lady Reveals Nothing at 7:30 PM

I kinda think that mentioning human excrement is in the "serial killer handbook" so I suspect it's all for the better. Now go get some ice cream.

Not being privy to the entire "dump-mail" this is probably way out in left field, but I wondered if he wasn't hurt when you didn't want to "meet the family." It is so hard to know how deep another person's feelings are going when interacting.

Haha Anonymous. Trust me, his feeling weren't hurt. I was using euphemisms, he wasn't trying to ge time to "meet his family."