The Red Gates in Kyoto

Labels: Around the World 2012, hilarious, Japan, Super Athlete
...or in Japanese: the Fushimi Inari. I was excited to visit this shrine not only to see the thousands of Red Gates, but also because it included a 4k round trip hike to the top of a mountain made up almost entirely of stairs. I was still 47 pounds short of my weight loss goal for the wedding I would be attending as soon as I got back home to Minneapolis, and I figured with this and a bike ride around Kyoto, I should have that covered.

I was told to expect 2.5 hours to make the loop all the way to the top of the mountain and back. But I didn't have that much time so I moved quickly. Much like most responsible Everest Summit groups before me (which I learned by recently reading Into Thin Air by John Krakauer), I established a drop dead turn around point. If I hadn't made it to the top by a certain time, I would have to start my descent, no matter how close I was to my goal. Fortunately, I made it to the top with time to spare. On my way back I came across many tired tourists on their way up as I ran, ran, ran down the mountain.

With a renewed surge of energy, I would taunt them (never even knowing if they spoke English) with such heckles as "What's the matter? No energy?" or "Tired already?" As I Sally-O'Malley-one-two punched the air next to them! and then kicked! 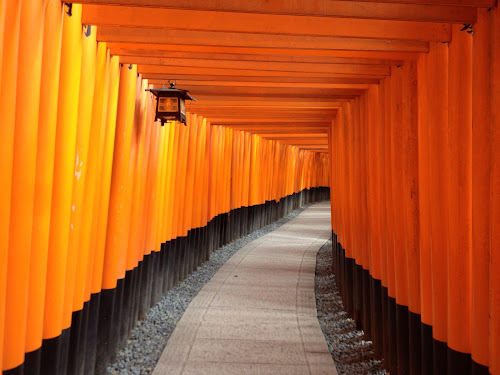 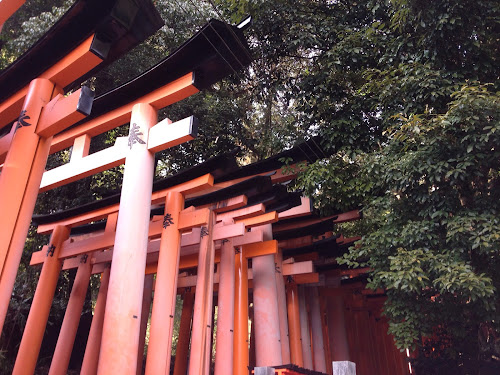 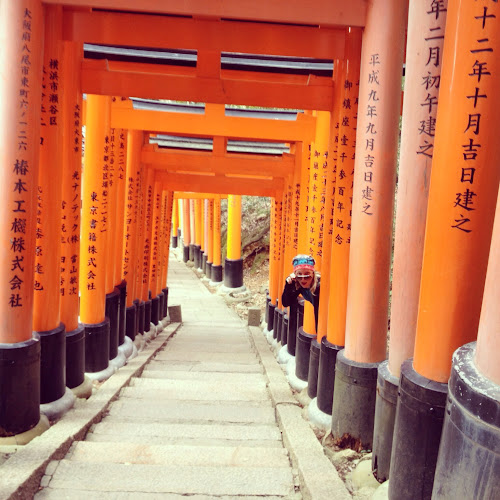 Posted with Blogsy
Posted by A Lady Reveals Nothing at 7:56 AM

Fushimi Inari was one of favorite places! How many foxes do you figure you saw?

I did that loop, too, but it was hot and sticky that day and there was no running down the hill for me.:)