Labels: Hal, life up North, Minneapolis
As some of you may know, (and if not I'd sure like to remind you) I was in a terrible car accident a couple of weeks ago. As a result my poor little Acura was totaled, leaving me quite carless. My insurance agent told me that the man who hit me had liability insurance and that they would cover my rental car, but that once I received a check as payment for my car, I would probably lose the coverage for the rental. In other words, hurry up and buy a car.
I went to Acura and promptly fell in love with the new ILX, which is the new sporty and smaller TSX (my old car). Well they wanted a million dollars for it. 2013 is the first model year of the ILX and so I hesitated. Also the salesman was really pushing a lease even after I told him that no way in a hundred years would I ever lease a car. I've never had a car for less than six years, I said. And I had my recent Acura for eight. And I would have had it longer if the Pizza Man hadn't rear-ended me. Yet he still kept pushing the lease option. I left. 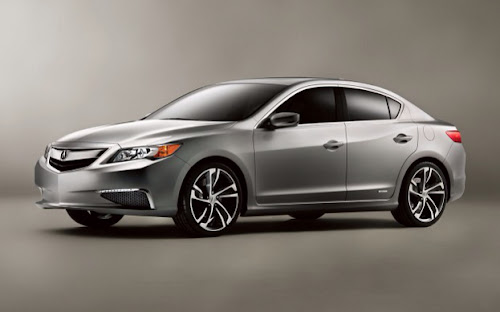 I thought, 'I better buy a car that's a few years old'. So I went to Poquet Auto, a joint that came highly recommended by more than a couple of my friends. They hand-pick used cars with low miles and no scratches or accident history. That's where I fell in love with a 2009 BMW 335xi. It only had 12,000 miles on it. But it was the same price as a brand new ILX. (One million dollars!) Again I hesitated. 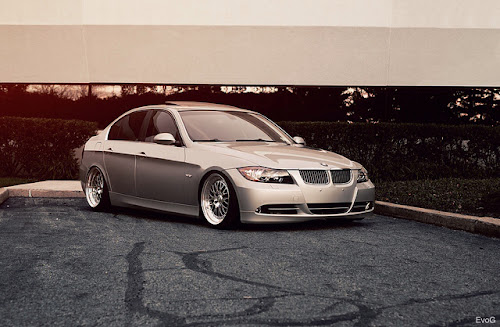 'Maybe I ought to go back to Volkswagen', I thought. I loved my little Golf I had before this Acura. Surely even their new hatchbacks would be much cheaper than the other cars I had been looking at. Nope. The GTI is the same price. (One million dollars!) 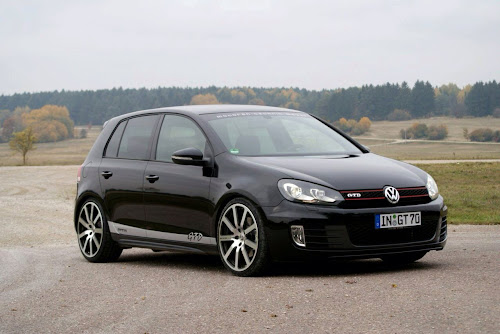 This went on for ten days. I drove new and used Subarus and Volvos and Hondas. I couldn't commit to a car payment.
Then I went to my niece's graduation party up north. My brother-in-law mentioned that he knew a guy who knew a guy who was selling his deceased father's pickup truck. It was a 1987 Dodge Dakota and I could have it for $1000. Ultimately I decided that all those other cars were nice and all, but none had the faux wood trim, the towing capacity or the terrible gas mileage of my new truck, Ol' Blue. It came recommended by Ol' Hal, my brother-in-law, and another dude with a flashlight, all of whom have offered to buy it from me if I ever don't want it anymore: 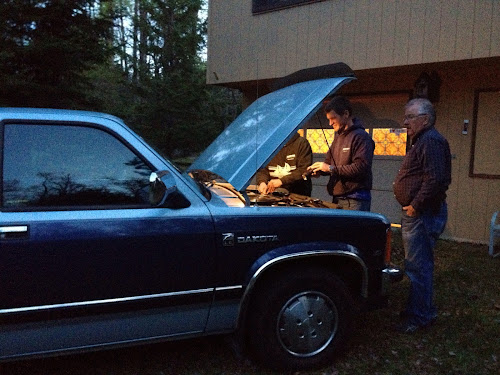 As if I would ever sell. 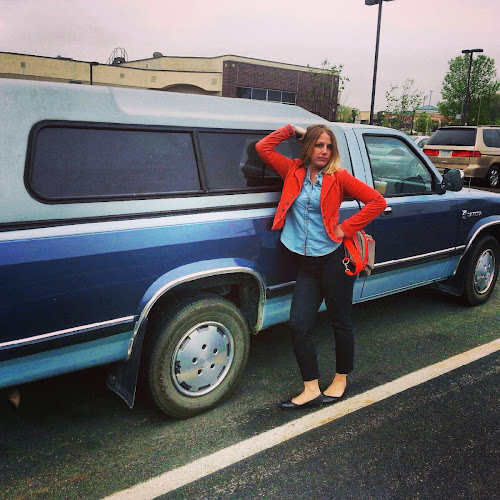 Posted by A Lady Reveals Nothing at 12:02 AM

You are awesome beyond words.

I love how your outfit matches your truck, with a POP of orange. Class, lady, class. Take THAT, Tim Gunn.

Whoa! That's older than my old car. I don't trust it farther than Cub! Your Mom is a riot.

Great choice. Now you can begin again to plan that trip to Alaska; this vehicle fits in up there so much better than an Acura. :)