Labels: Hal, Kady Stupid, near death
On Friday night, as I was leaving the office, I found a note on my windshield:

So I checked it and it was completely flat.  I work across the street from a gas station so I decided to drive over there and fill it up.  I drove about five feet, and because it was zero degrees outside and the poor tire was frozen in it's flat position, it was a very clunky five feet.  I didn't think it was too smart to be driving even such a short distance.  So I got about again and was staring at the tire, when my Knight in Shining Armor pulled up.  This man offered to help me change my tire in the freezing cold.  He got the lug nuts off, but the tire wouldn't budge.  So he thought that maybe he needed some sort of a key to get the tire off.  I didn't know -- I checked my manual.  I tried calling the dealer.  I found the receipt for my tires and called the number.

The guy on the other end of the phone told me that, No, there was no key, and that it probably was just corroded and stuck on.

I kicked it.  Nothing happened.

I kicked it again.  Nothing happened.

"Kick it from behind!"

I went around the back of the car, while still on the phone, got on my back, crawled under the car and gave the tire an awesome kick.  The tire went flying, and I heard my Knight in Shining Armor yell, "Are you under the car?  You're an animal!"

Later I was telling my dad that story.

"Kady!  What if you had kicked the car off the jack?  You NEVER get under a car that's jacked up!"

When he said that, I got really shook up and realized I totally could have killed myself pulling that dumb stunt.  My dad said, "my heart hasn't beat once since you told me that story.  It just kind of tickles a little." 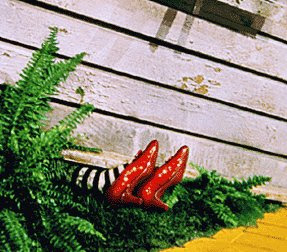 Posted by A Lady Reveals Nothing at 10:11 AM

omg Kady. I'm so glad you lived to tell about it. Your dad (who I was still mad at for doing that tease-the-dog thing)is right. So I forgive him.

Summer would have written you a totally great eulogy though.

At times, my life only serves as a cautionary tale for others.

hahhaa i'm glad your father pointed that out! i didn't even think about that!