Thanks for Nothing, Netflix.

So I went over to my sister Keri's place last weekend, excited to spend the whole time laying on her deck and watching movies. Thanks to Netflix and their plethora of crap movies available on streaming, we didn't find much. I do get a kick out of the descriptions though... 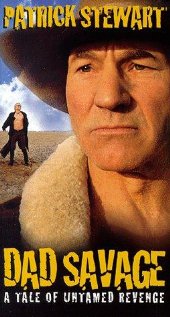 "Tulip farmer and friend to organized crime Dad Savage hires two of his son's friends to lend him a hand with his business."

"Six people become embroiled in mayhem and murder when Dad Savage attempts to determine who murdered his son and stole his stash of cash."

OR: How about this one?

"In the third movie in the K-9 series, unorthodox police detective Dooley and his independently minded, superbly trained and lovable canine partner, Jerry Lee, are back to solve one last crime before they retire and start enjoying the good life."


"Dooley and his K-9 partner Jerry Lee are ready to retire from the police force. But before he can retire with his pension he must work as a P.I. to find a set of high tech computer chips."

"To catch two of America's biggest drug smugglers, a customs agent goes undercover as a competitive skydiver. He soon realizes, however, there's more to skydiving than just jumping from a plane: There's a rush that's intoxicating ... and addictive."

I couldn't even find this one on IMDb.  Go figure.
Posted by A Lady Reveals Nothing at 7:00 AM

Every since I worked in a nursery and/or read The Botany of Desire (maybe they were at the same time?) I've wanted to be a tulip farmer. Maybe I should watch that movie for tips.

Dad Savage the Tulip farmer. That is sooooo weird.