Guess Where I Am?


In no particular order, an incomplete list of things I love about New Orleans.

2)  Shade tree philosophers.  Here, the "median" or grassy area between two lanes of traffic is called the "neutral ground".  We found out yesterday that the name comes from ancient times when the two opposing sides (American and the French, Creole, Native American sides) were divided along Canal Street.  The grassy area was a "neutral ground" between the sides, and I believe it was where the Louisiana Purchase itself was signed.  Anyway, lots of dudes sit in the neutral ground and talk all day long.  Some set up chess games, some have picnic tables and some just sit on overturned milk crates: 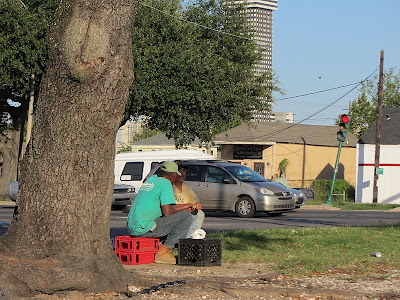 3)  Beads everywhere!  Even in the trees! 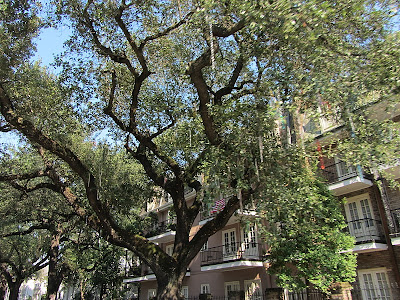 6) The yummy smell of my street when they wash it with soapy sudsy water once a week: 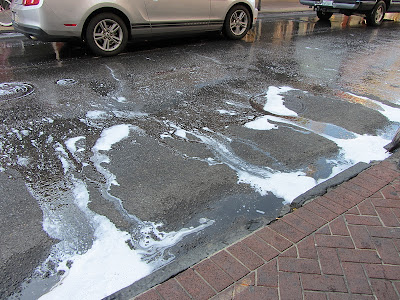 7) The skyline view from the ferry to Algiers: 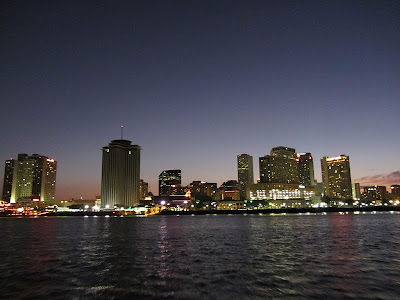 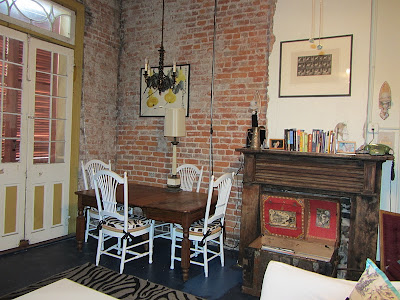 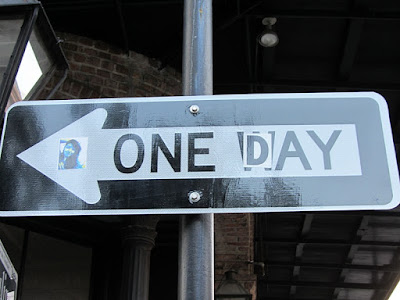 10) Distinguished gentlemen having a chat on the street corner. 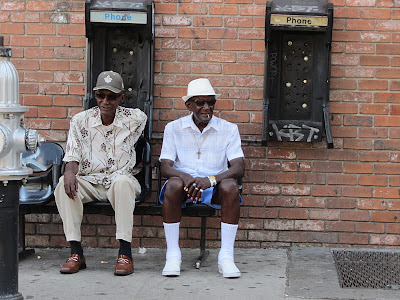 11) Lionel Batiste.  Oh yah.  I met the coolest cat in the French Quarter last night.  This is the third time I've seen him and each time he keeps getting cooler and cooler.  I kept my cool though as I asked for this photo.  Kind of.  I think I asked him to marry me.  If I wasn't on my way to Darlington, I just might have had a chance. 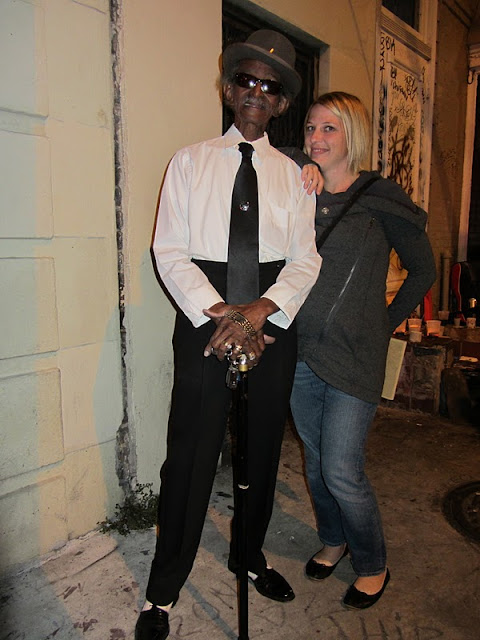 I will be back.  Oh yes, I will.  Lionel and I This city and I belong together.

Wheelchair Guy must be a traveler. I have a photo of him in the middle of a 5 lane street in Panama, at night. Headed against traffic.