Labels: Central America, Fun With Language, lists
So, Guatemala is crazy beautiful.  Seriously.  I'm really glad I didn't listen to the news of its' bad reputation.  Granted, I was super extra careful with my important things, but that's advisable wherever you go. 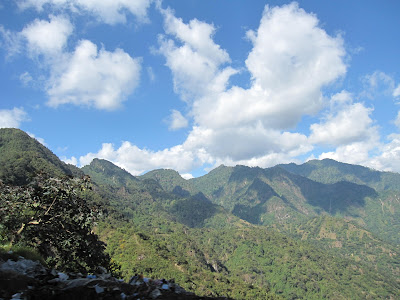 I got to see volcano up close.  Where people roasted marshmallows and sandwiches: 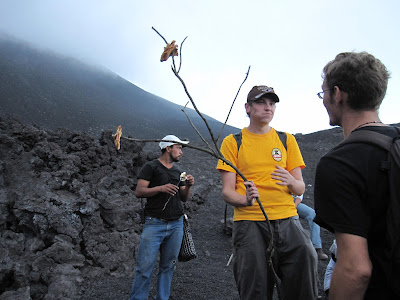 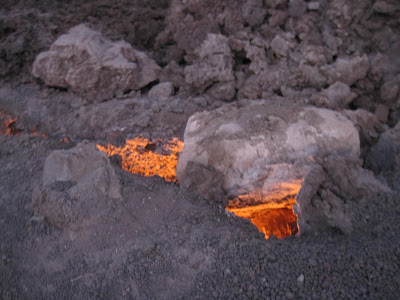 I got to ride a horse up to the top, and walk down: 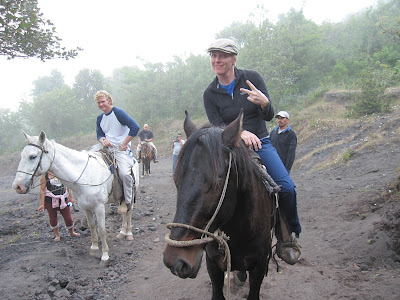 I met these two Iraq war veterans, who, after they were finished with their service, went BACK to Iraq to work as contractors, and came straight from Iraq to Central America.  I found that out after I made fun of their multiple HUGE duffel bags.  The dog is a local.  The blonde on the right is a Latin American History major, and I learned a ton of stuff about Central American government and rebellions and such.  The dude on the left is Puerto Rican.  So he taught me some stuff about popular Spanish music (and that most of it comes out of PR.) I took Spanish lessons for five straight days from Eligio, who was kind enough to speak. slowly. 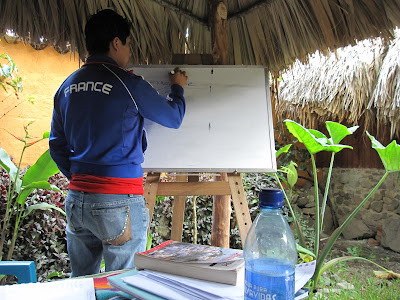 Since I was staying on a lake, (Lake Atitlan), I was able to take a boat across to do some more horseback riding.  This time I was able to go free even from the owner and really let 'er run.  It was fantastic.  In addition to some trail riding, which I haven't really done before. 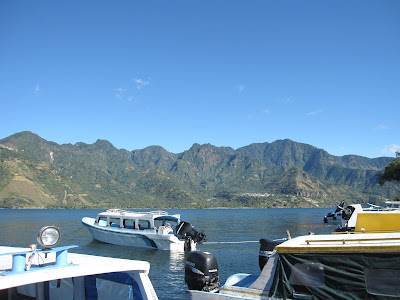 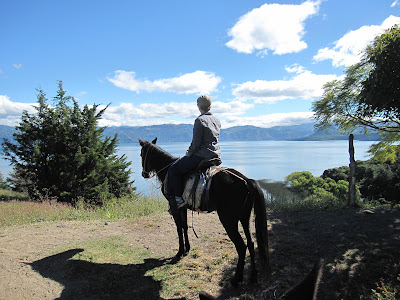 Posted by A Lady Reveals Nothing at 5:54 PM