By Gioconda Belli, a famous poet born and raised in the highest social class of Managua, Nicaragua. Married young, a new mother, she joined the Sandinistas, a revolutionist movement that eventually overthrew the harsh dictatorship government of the time, led by a bad man named Somoza. She has exciting stories of revolution, like taking crazy plane rides where she had to jump out at the last minute, breaking a heel in the process so the pilot could quick take off again without being detained, others of smuggling weapons and large amounts of cash to help the movement, and tragic stories like the time she, a true Revolutionist, checked into a community hospital instead of a private one, only to be treated like an idiot, and then had the doctor tell her that her baby is dead, no wait, he's alive! oh, sorry, dead, oops, alive again! (The baby lived.) Great way to learn the history of the FSLN in Nicaragua. For example, did you know that (according to the author) Somoza kept and sold much of the aid relief supplies that arrived in the wake of the 1972 earthquake that destroyed Managua, rather than distributing it to the people? Yep, suddenly there was an abundance of FLASHLIGHTS and PORTABLE STOVES that had been donated by other countries but were suddenly for sale at places like tobacco shops owned by Somoza's friends. Oh yah, and he also controlled all cement factories and roofing companies, and so the rebuild efforts proved to be quite a financial boon for him, his family and high-ranking officials. What I didn't like and this might just be me: as I tend to do, I get a little annoyed by the seeming arrogance of the memoirist. She sort of insinuates that all the dudes around her want her. Try to seduce her. Including Fidel Castro.  I think I just recoil from the "all men want me" mentality that some women have.  I kind of forgive her because she uses the claim to make the point that men in positions of power can use it to dominate women. She says, "Power gives [men] a sense of entitlement...That is how they avenge sad childhood or adolescent memories of rejection by demure schoolgirls on playgrounds. That is how they fight back the fear their mothers inspired in them."  Another thing: are you really a feminist if you're constantly talking about falling head-over-heels in love with this or that man? Paralyzed by his absence? Kind of like, we can all say we don't need a man when there isn't one around, but when there is one around, suddenly we're like getting his drinks and making sure he has eaten. I digress.

The Elegance of the Hedgehog.

Adorable, French, tragic. At times a little heavy on the philosophical crap, (it's written by a Philosphy professor) which led me to HATE such books as "Sophie's World", but not enough to ruin this story for me. The narration flip-flops between the viewpoint of Renee, the 'brilliant-but-can't-reveal-it-because-she's-the-concierge' concierge of a bourgeois apartment building in France, and Paloma, a suicidal 12-year-old who lives upstairs. Paloma is also way too smart for her age, which contributes to her desire to end it all. The entire book hovers around the 'will she or won't she' plot, but a glimmer of hope arrives when an intriguing Japanese businessman moves into the building.  I like the critical look inside the way people treat eachother.  Loved this book.

Another flip-flop-narration-style book, this time flipping and flopping between a modern-day murder mystery, set on a fundamentalist Polygamist compound and the fictional [yet supposedly true but I didn't research it] story of Ann Eliza Young, one of Brigham Young's wives (prior to and possibly a big reason for the Mormon church erradicating plural marriage one hundred years ago...again I did not do further research). Good book...though I didn't love the flops over to Ann Eliza's story which I found to be laboriously long if not boring but at the same time slightly interesting from a historical fiction standpoint -- much preferring the modern-day murder mystery. I was very excited to see that Lifetime made it into a movie, but the night it was on I was at my parents' house this summer, and the TIVO was out because we were in the middle of moving, and I didn't make it five minutes because they changed the story so drastically, plus Lifetime movies suck in general. It felt "thrown-together". B for 2, I was more excited about finally having my dad's attention for the evening and so instead I forced my parents to watch the movie "Up" with me as a Family Team Bonding Experience, and so it won out. Incidentally, my mom and I sobbed and sobbed, and I think my dad liked it and at one point I am quite sure I saw a tear in his eye. But then he made sure to let us know that he didn't think it would be possible to lift an entire house with helium balloons and I was like, "DAD, shut UP and watch the movie!" Which is what I ALWAYS have to say to him when we watch movies together, because he never shuts up and watches the movie. He always asks a million questions, as if you will know the answer, even if you both saw the same four seconds of the movie. "What's he doing?", "Why'd they go in there?", "What'd she say?", etc.  There was that one time he was completely silent...the time when I was like seventeen and we turned on the TV and accidentally started watching the Piano sort of in the middle of the movie and watched for a while to figure out what it was about and then SUDDENLY there was a crazy piano sex scene and he and I both didn't have the remote but both didn't want to admit the awkwardness of the fact that we stumbled upon a sex scene on TV and we both froze uncomfortably, on opposite ends of the couch, unable to move or talk or say, "CHANGE IT!", or actually change it and then it was over and we immediately and forever pretended it didn't happen.  I'm pretty sure before that day he didn't know there was such a thing as a "sex scene", since they don't have that on Bonanza.

HA that reminds me my niece Karley posted on facebook that the other day, she was at the mall with her dad and they accidentally ended up in the bra section.  He turned to her and said, "Karley!! I found a ton of two headed hats for you!  I'll buy one if you want!", really loud and they got the heck out of there. 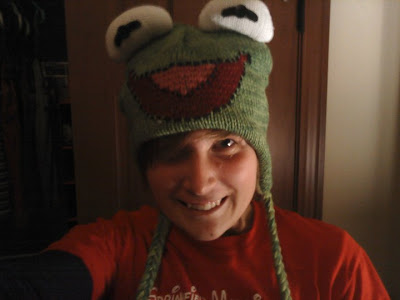 Posted by A Lady Reveals Nothing at 12:11 AM

Thanks for these reviews. I'm putting the elegance of the hedgehog on my reading list, although I agree with you on sophie's world, the author seemed like a patronizing pedophile.

My review of this blog post: I read this blog for the poop stories, not the book reviews. But I love you, so I read it anyway.

Up is one of my favorite movies of all time. You need to see Toy Story 3 also! Such good stories, both of them, and your tear ducts will be thoroughly clean!!

Jacqui -- no worries, there are Oh, SO many poop stories. SO many. In fact I even just plunged the home toilet today...and saw a public restroom where there were five toilets in about a 10 square foot area.

Thanks for the Toy Story recommend. I haven't seen it yet, but I'm going to try and buy it for $1 from a 'is this really legal?' DVD store.

Josette: Sophies World was the Worst. Book. Ever. The book store dude recommended it so highly I got my hopes way up. It might be a close 2nd to 'Love on the Rocks'...the smut love novel I read in Laos.