Labels: misunderstandings, Serco, Summer
So, we got Summer's car all fixed with a brand new alternator.  We loaded up the car for our trip to South Carolina.  And by loaded up I mean cram-packed everything Summer owns in this world into her 1996 Volvo along with my two suitcases and a few miscellaneous bags of stuff. 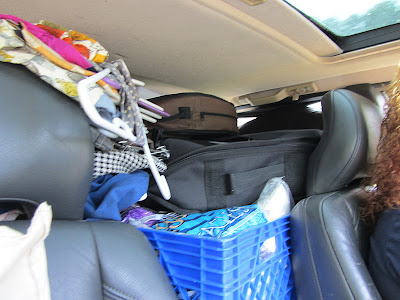 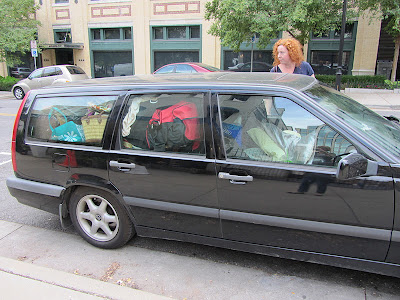 We were about an hour into the trip when I realized we had no idea where we were going.  I mean, we knew what town, but hadn't secured lodging or anything.  Also, we had no idea where we needed to be on Monday morning for work.  So I texted my boss who called Summer back and informed her that the South Carolina project wasn't ready yet and that we were needed at a project in Michigan.

We needed to change course for Michigan, which fortunately only meant a 30 mile backtrack, but also meant an additional 500 miles in the car.  OK...we got this!  We are adventurers!  We only packed one extra pair of undies in our easily accessible overnight bags!  crap

It was kind of funny when this happened...but it was totally my fault as I let her car roll onto one of those concrete car-stopper things in a parking lot. 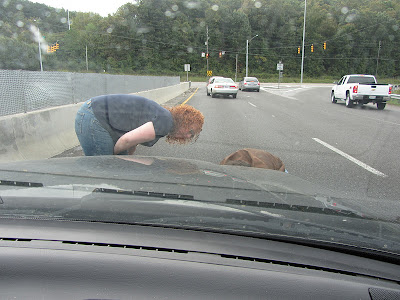 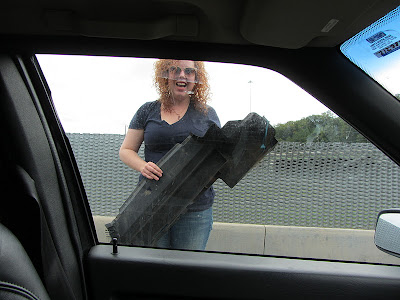 Guess what?  There was no room in the car for it!  So it became my riding partner. 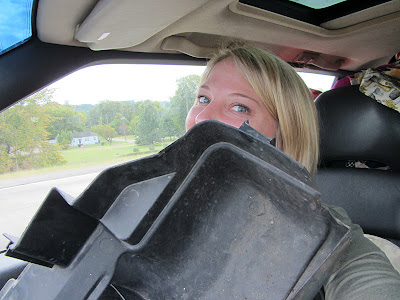 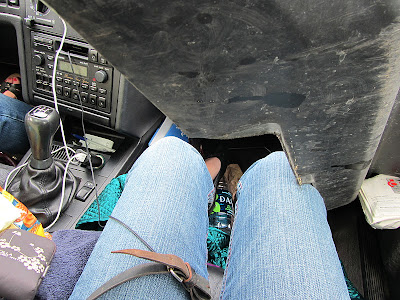 We got to see some fall colors in Kentucky and Ohio, two states I had previously never been, bringing my new "State Count" to 45!  Only five to go!  (I'm talking to you, Alaska, Hawaii, Arizona, New Mexico and West Virginia.) 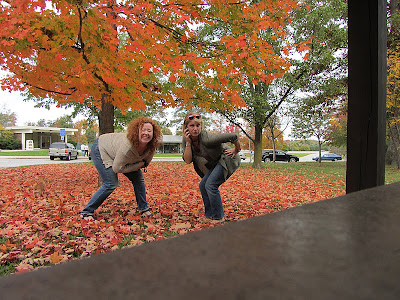 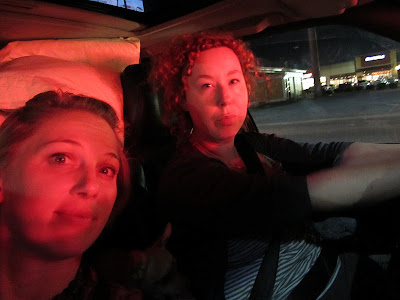 It's a little sad.  We miss New Orleans.  Here I am with my New Orleans beads and my last New Orleans beer...in my nice but far less amazing apartment in the far less fabulous Troy, Michigan. 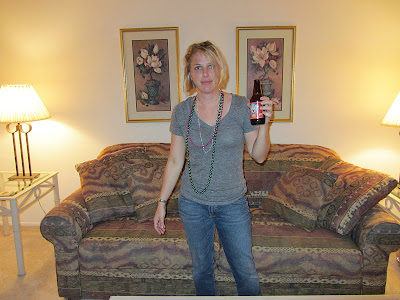 Where to next, you ask?  Who knows?  We'll probably find out in the car on the way there.
Posted by A Lady Reveals Nothing at 5:17 PM