Things to Do Before Leaving NOLA: #1 Eat Some Gumbo

Labels: New Orleans, Serco, Things to do in New Orleans
One thing I wanted to try before we leave New Orleans is gumbo.  Miss Annie told me about a friend of hers down in the 9th who makes it out of her home.  At first I was a little put off because it's $10 for a cup, but then she told me her friend was saving for a family trip to New York and I decided to go for it.  (Obviously travel is something I can get behind.)

So I dragged Summer to this woman's house, expecting to pay $10 and leave with a to-go cup of gumbo. Nope.  She insisted we come in and eat it at her place.  I asked her to put it in a to-go cup anyway, just in case I couldn't finish it and needed to leave with some of it.

Miss Cynthia fresh-caught these crabs herself from the Gulf.  I wish I had gotten the recipe, but something tells me I wouldn't have been able to pry it from her cold, dead fingers.  It's been in her family for at least five generations.  The process takes about a day-and-a-half.  She charges $10 for a 16-ounce cup, or $100 for a gallon.  She is selling out for football parties and to her neighbors who have a restaurant.  She's already making plans for the SuperBowl.  I was pretty lucky to get some.  Friend-of-a-friend, you know. 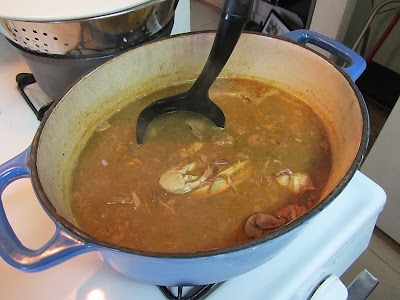 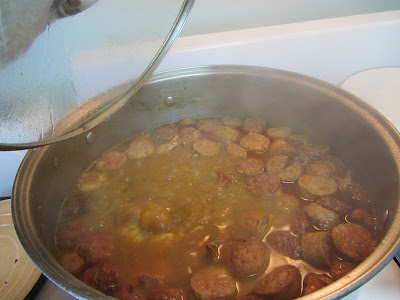 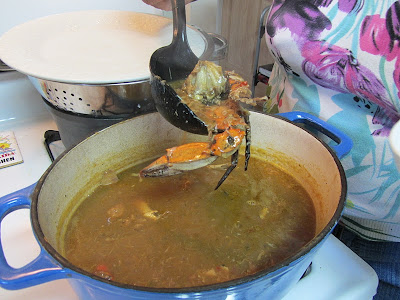 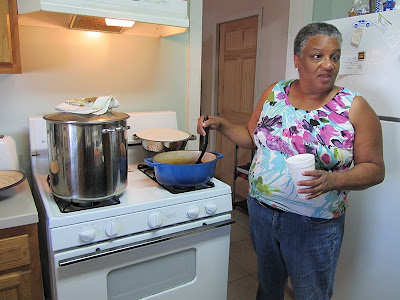 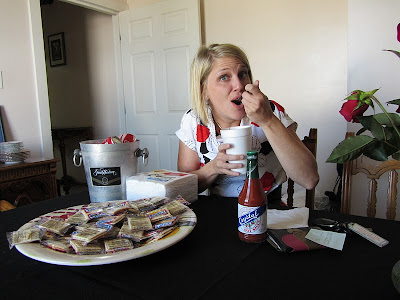 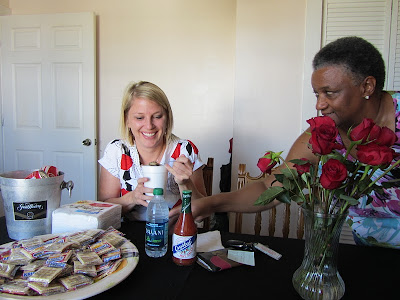 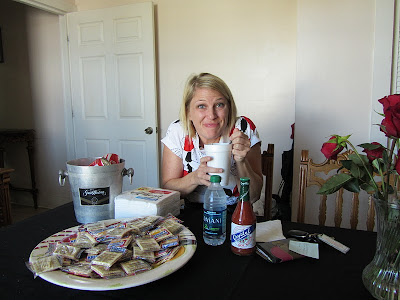 Of course I ate the whole thing in about four minutes.  How silly that I thought I would have leftovers.  Summer couldn't believe how fast I ate it all so I gave her the bow and curtsey.  I'm kind of amazing when it comes to fast eating.  I always put that on my resume. 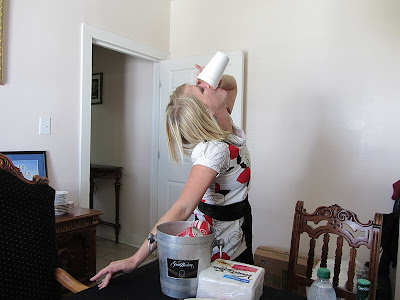 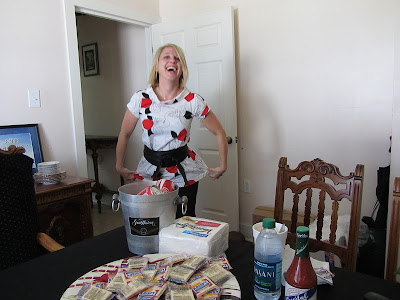 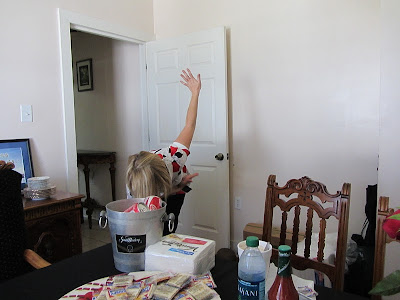 I would really like to go to Miss Cynthia's house and have some gumbo.

Well...I have all of her contact information if you're ever in New Orleans.