Things to do Before Leaving NOLA, #4: Go on a Date with Uncle Lionel Batiste

Labels: celebrities, Currently Obsessed With..., New Orleans, old men, Serco, Things to do in New Orleans
I told you he was a semi famous figure down here in the Quarter. 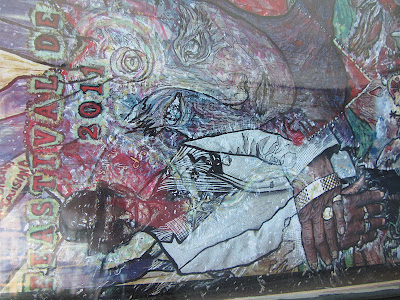 And he's everywhere.  The other night we went to The Spotted Cat to see a show... 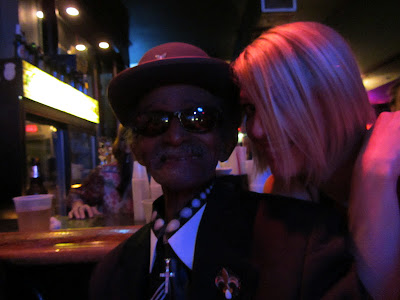 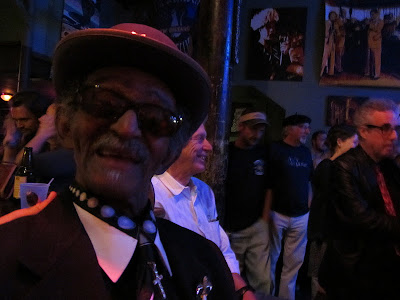 He also told me that he was the first black man sent to jail for DWI.  He was driving with his niece in the car and was pulled over.  This was in the days before disposable diapers, and so he had a burlap sack with her cloth diapers in it.  The cop was convinced there were drugs in the bag.  Lionel tried to warn him not to put his hand in that bag, but the cop wouldn't listen.  He stuck his hand in, and pulled it out.  I'm quoting Lionel here: "his hand had baby yellow sh*t on it.  Like stickin' a paint brush in a paint bucket."

I asked if he got some measure of satisfaction from seeing that cop with baby yellow (beep) on his hand.  Lionel said, "It was a joy for me."

When asked how many children he has, he pauses, then says, "a considerable amount."

I asked him to hold my chair while I went to the bathroom.  He said, "if somebody more attractive comes along, she gets the chair."


He kept laughing at my Lindy Hop dancers.  "Every song that band play, they do the swing dance.  If I was dancing, I'd do the shuffle."
I said, "Let me know if you want to dance, Lionel."
He said, "You step on my feet I'm gonna get off the floor."

I caught Summer's eye and mouthed the words "I'm. So. Happy."

It's clear that you don't want to upstage Lionel.  It's also clear that I wasn't quite getting what he wanted me to do.  He doesn't so much dance with you as for you.  But it was a blast, and afterward he told me, "you did pretty good.  You didn't step on my feet." 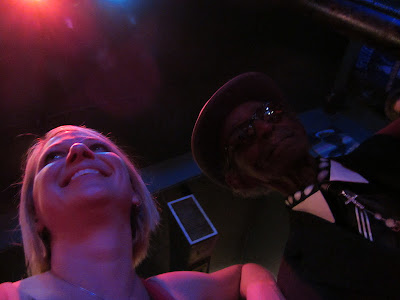 I only wish cool came by osmosis because I could use a little for reals.

See? I just said for reals. Lionel Batiste probably doesn't say for reals. He probably says something much cooler.

I like how he's basically telling you to stay put while you're dancing...with good reason I might add.

I know, and I kept testing it. Nope. Again? Nope. OK. I'll stay back here.

I'm so disappointed. I thought I was gonna see you shining his belt buckle. :(