This is a book about a boy from Spain who decides, after following his heart, to travel across the Sahara desert to the Pyramids in search of treasure.  Most people decide to quit their jobs and travel AFTER reading this book.  I didn't read it until midway through my adventure.  But it's very good.  It's a quick read...easily a one-dayer.  I read it in bed between ralphing my guts out in the Guatemalan Toilet Microphone .

Here are my favorite quotes from the book:

This is a great book -- it's about our first impressions, and how they can be both dangerous and also pretty accurate.  He hooks you in the first chapter by talking about a statue that was unearthed and on loan to the Getty Museum.  They spent 14 months studying it in order to decide if they wanted to purhase it.  After a ton of scientists did test after lab test, they decided to spent $10 million on it.  Then they showed it to other curators and interested folk, several of whom identified it as a fake almost immediately.  Why were they able in a blink of an eye, able to identify it as a fake when other scientists felt it was for reals after 14 months of study?  Mostly it's a book filled with lots of similar scientific studies but they're infinitely fascinating.  Like, did you know that the vast majority of American CEO's are white men, over 6 feet tall?  We like our tall white men to lead us.  Did you know that 100% of people who take a split-second test will associate black with bad and white with good?  And in order to answer more correctly, you have to slow down and try to think harder?  Don't believe me?  Check out https://implicit.harvard.edu/implicit/Study?tid=-1

Eye opening.  I guess I'm a racist.  And I knew what the test was trying to do before I ever took it.

The problem I have with the book is that I was expecting it to tell me how to refine my first impressions and use them to my advantage, but it never did.


GILDA RADNER: IT'S ALWAYS SOMETHING by Gilda Radner

Really really good.  About her fight with ovarian cancer and also her career and marriage to Gene Wilder.  I liked this book, because I loved her.  Remember Jewess Jeans?  "they're skin tight they're outta sight.  Jewess Jeans...She shops the sales for designer clothes, she's got designer nails and a designer nose."  ?? 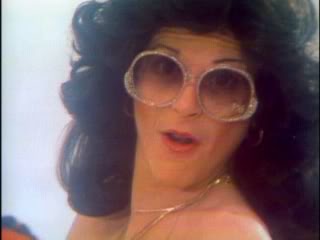 Or how about:
"Playing the french horn happens to be my way of coping with the grim realities of prison life."

Anyways, heartBREAKing story.  She wasn't the very best writer, but it's a super good story.  She's so honest about the toll that cancer took on her marriage and how it affected her behavior towards her friends.  Honest about not wanting to die, and yet sometimes wanting to die.  Highly recommend. Come to think about it, I highly recommend throwing the "Best of Gilda Radner" from Saturday Night Live in your Netflix queue while you're at it.
Posted by A Lady Reveals Nothing at 11:34 PM