Labels: Central America
Whoa, this was pretty cool.  First of all, I had no idea that they dug a hole right through the middle of Panama to make the canal.  For some reason I thought the border of Panama and Colombia was the canal.  Dumb.  Second of all, I didn't realize they had to blast and dig 50 miles of canal.  It is so incredible what they did back in the 1800s to make it.  It was fully operational by 1914, and the first boat made the trip at that time.

They charge by weight.  Some boats pay as much as $240,000 to get through the canal.  The cheapest fare ever was a guy by the name of Halliburton, who swam across in the 30's and only paid 37 cents.

Notice in the last three photos how they lower and raise the water to let the boats through the locks.  So fascinating.  It takes about 8 to 10 hours to make the 50 mile trip.  There are several sets of locks.  This one I photographed is called Miraflores, and it's the largest set.

In the last two weeks, they have had so much rain, that for the first time EVER, the canal was closed for 17 hours! 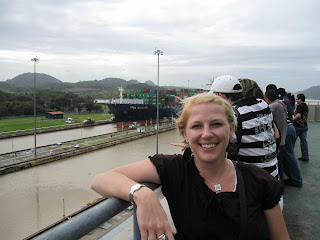 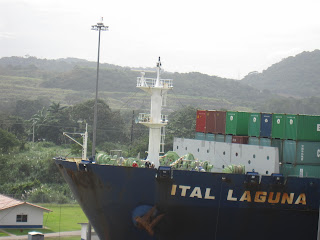 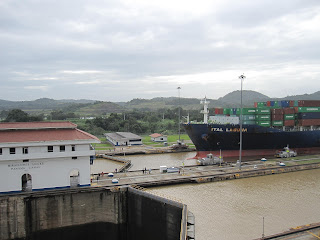 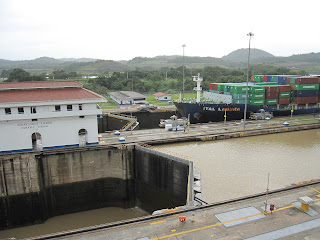 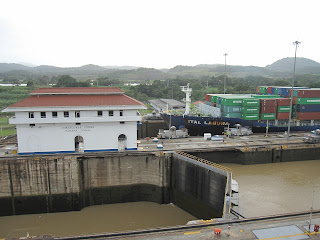 I would hate to know what I would have to pay if they charge by weight....yikes!

Beth - you're pregnant, so as my dad would say, "why do you have to use that dirty talk?"