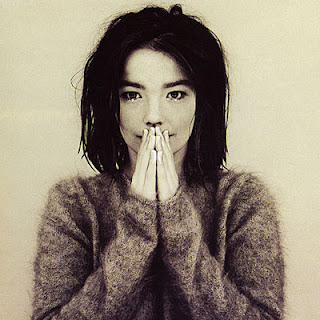 At the tender young age of 16, I became obsessed fell in love with an Icelandic singer by the name of Bjork, who had just released a solo album.  She was previously in a favorite band of mine by the name of the Sugarcubes, but that's not the point of the story.  The point is that I worked at a record store, and we got an issue of Rolling Stone magazine in which she was featured.  So I bought it with my 20% discount.  You may remember this controversial issue? 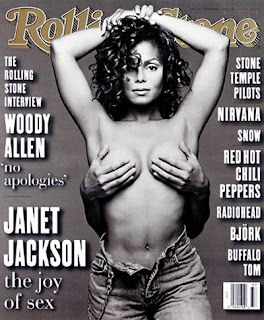 ﻿
If you look in the lower right hand corner, you'll see mention of Bjork.  I made the mistake of leaving this magazine on the counter in the kitchen, and my mom, with very good reason, felt this was inappropriate reading material for an impressionable young girl of 16 and THREW IT IN THE FIRE WE USED TO HEAT OUR HOUSE.  Without any discussion.  When I explained that I couldn't care less about Janet Jackson or her boobs and that really I just wanted to read and reread and obsess over the article in the back about my favorite artist, she did feel bad, and I think she we all learned a very valuable lesson that day.
Posted by A Lady Reveals Nothing at 11:49 PM