New to A Lady Reveals Nothing? You've missed SO MUCH. Not to worry. Every Sunday, I dig through the archives to repost an old favorite. Mostly because I'm too lazy to come up with new content every single day. This story originally appeared on December 23, 2009:

I had to send my nephew Murphy to school one day, and here is the email I sent his teacher:

Anne, Murphy doesn't have his backpack because I was unable to get into his house this morning. I sent him with my backpack. (I threw in some underwear and fresh socks/flip flops just in case.) That dress he is wearing is not a dress. In fact it's my sweatshirt. It is acting as a coat, as I forgot to grab his. He doesn't have to wear that huge thing all day if he wants to take it off.

The blank piece of paper in the backpack was supposed to be a note to you, but I had no pen. 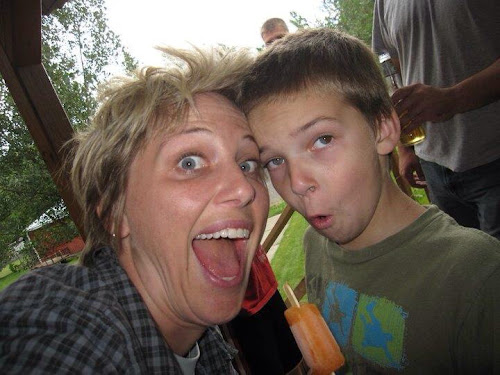 Posted with Blogsy
Posted by A Lady Reveals Nothing at 6:30 AM