Labels: Seattle / Chicago
So Anna and Jake decided to go skiing/snowboarding on January 2nd. We still weren't sure if the Pass would be open, and we were a little sick of sitting in the car and so Cory and I decided to hit the Seattle sights for the day. We started by grabbing coffee right next door to our Condo. Then we walked over to the Seattle Aquarium. On the way Cory set up his tripod and took some photos of the city. It's such a pretty city, but don't you think it looks fake? 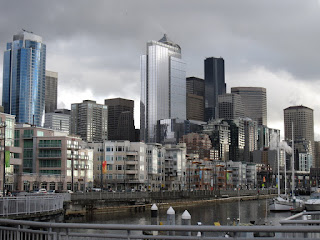 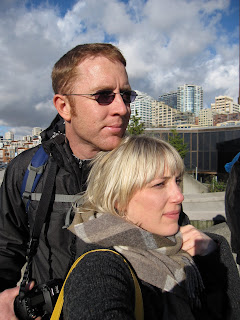 It was SO COLD that day. Shortly after this photo was taken I wrapped the scarf right around my head. But it was nowhere near as cold as Minneapolis, and so we didn't mind.

We got to the aquarium and basically paid $16 each to warm up. Cory goes, "that's like $1 a fish". And then he said for that price they should at least give you a sushi meal at the end of it. 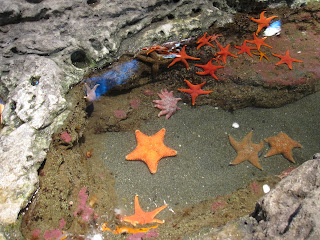 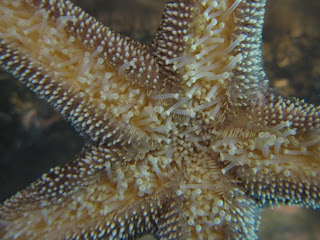 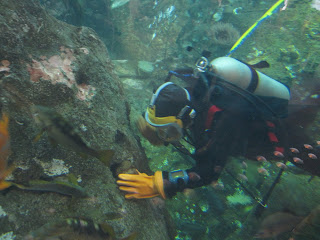 This lady was talking to us right through her mask into a microphone. I thought that was really cool. Here she is placing a sea anemone into a spot and then it will sort of grow legs and stick there. 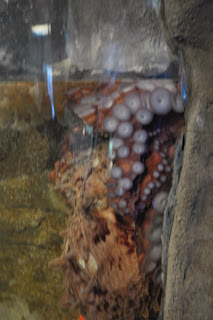 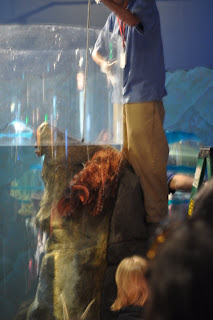 Isn't that what all women want...