Labels: pee, Seattle / Chicago
So here we go again. Another attempt up the mountain. This time it wasn't so bad. Traffic was better, we got up even earlier, and Steven's Pass was open! The only crappy part was me having to go pee so bad I couldn't even see straight and jumping out while everybody else was parking, and running to the chalet to pee and then having to walk ALL the way to the car to find everybody and then hurry to get my boots on because they already had their boots on. The boys were anxious to get rolling and so we did and we took a couple runs but after two we were starving. That's what I love about the mountains. You're ready for a break after two runs because the runs are super duper long. And so are the chairlifts.

Lunch was a yummy burger that was much too small. We ate outside because we're from Minnesota and what's a little snow and cold? 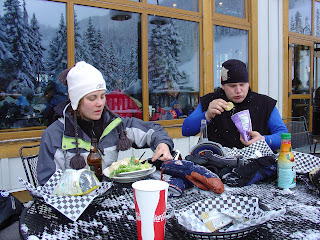 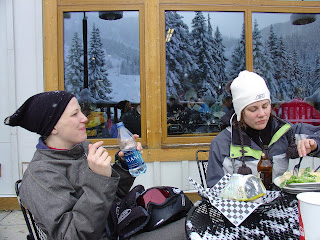 After lunch, the boys wanted to get rolling again and Anna and I decided we needed more beer and so we let them go and we rested/warmed up a little bit more. We took to the slopes and enjoyed a nice, laid-back afternoon of runs composed of lots of resting and taking pictures. My kinda day. 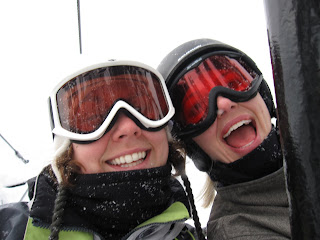 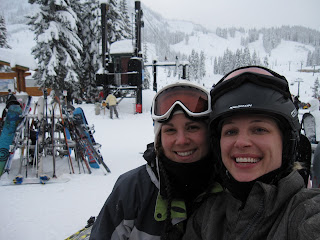 And then it was time to take another break. We had some more beers, and went out one last time. 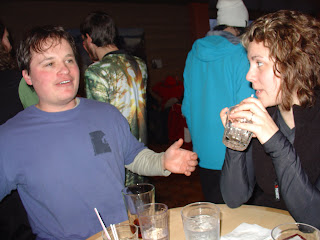 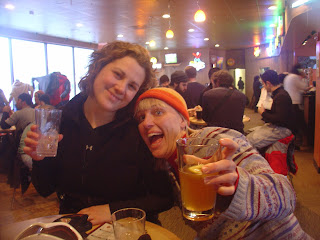 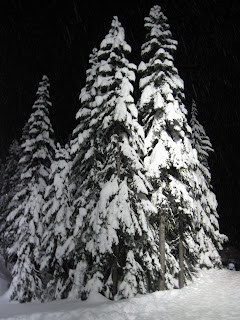 Pretty fun. Tired and sore. But a good day. And then we headed back to Shea and Lena's place for some fun times and baby-holding: 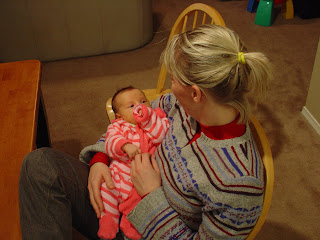 Posted by A Lady Reveals Nothing at 10:42 PM

Do my kids know you are cheating on them?

aah, all the memories!! I have to say eating outside was making me crabby, but there was nowhere else to go it was so busy, I mean for gosh sakes! (My Minnesota accent is comming out)