I found some wildly hilarious cartoons that I might send along with my check for $42. That'll show 'em. 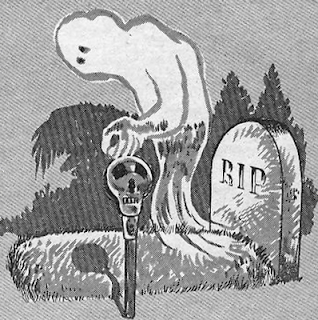 get it? the ghost has to still feed the meter...even though he's dead...? HJAHAHAHAH aaaahahahAHAHAHAA 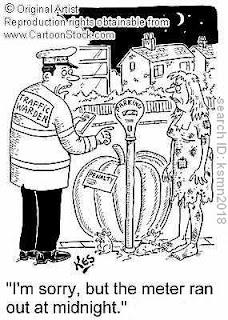 Get it? Poor Cinderella's coach turned into a pumpkin because she forgot to feed the METER!!! HAHHAHAA 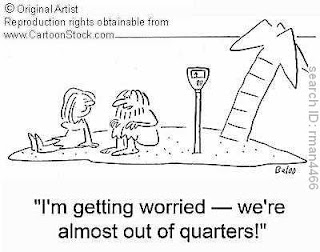 Get it??? They are stranded on a desert island and all they are worried about is quarters??!!! HAHAHAHAAAAAA

will lead you to a link to report broken meters and what to do if you got a ticket from it.

I learned the hard way and had to pay a ticket, then thought to look into it.

It is such a nice extra that you explain the jokes for us.