A day of traveling 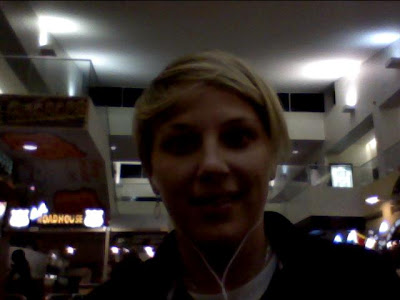 Today started at about 7:30.  I went to bed about 2am or so...so exausted from packing and cleaning that I totally crashed.  But woke up pretty well and got to work packing right away.  Somebody called last night and offered to buy my couch and I told them I was leaving and they probably wouldn't be able to pick it up by noon the next day.  She said she would, and so just like that, the leather sectional is sold.  I got the cash about an hour before I was picked up by Teri and her brother.

I have been creating this massive pile of stuff earmarked for my year off, and it was all in a pile.  The pile was dangerously bigger than my backpack and that concerned me, but I was determined to 'make it work', Tim Gunn style.  So this morning as I began shoving stuff in my backpack I started to panic.  It didn't fit.  I eliminated some unnecessaries, and crammed and crammed and finally got the zipper shut.  But this isn't going to work for my trip because you need excess space in your bag, and so I'll be doing some more eliminations along the way.  I'll probably chant "You're Fired!" or "that means you are out.  Auf Widersein" in my head as I decide that a skirt is simply weighing me down.  When I got to the airport, the scale wasn't working, but I was SO curious about the weight of my bag.  I wanted to weigh it and then I realized that maybe I'd be over 50 pounds and then have to pay for excess weight.

45 pounds, baby.  And as soon as I use up that SPF in Samoa, I'll be 44.5 pounds.  It'll happen.  So now there is a 10 hour flight and I'll wake up on the beach.  We have a week there.  The week of relaxing and planning our four weeks in Australia.

Let me tell you how WEIRD it was to shut the door on my house for the last time.  I can't even explain it.  I felt so anxious.  I ran through all the stuff in my head I was surely missing and realized that I did in fact forget my Melatonin and Vitamin C.  I can forget sleeping peacefully on this long 10 hour flight.  DANG!  I got greedy and slept all the way to Chicago and then again all the way to Los Angeles.

And why do I feel so BAD when the lady just mopped the bathroom and I walk in there?

Posted by A Lady Reveals Nothing at 11:23 PM

I can't tell you how much better my underwear drawer smells! Thanks a bunch! A panty bunch!

It's so exciting that you are off on your big trip! I'm glad you'll be wearing a half a pound of 70 SPF sunscreen. You'll need it.

Kady, check out my wall, I wish we could post pics here in the comments, so you need to view the pic I have of you and Teri on the beach.