Look What I got to do Today!

Labels: afraid, Australia
Teri and I rented a Smart Car today and pedaled it all the way up to Townsville from Airlie Beach.  Our intent was to go to a place called Magnetic Island, and we were in search of Koalas to hold.  It's not OK in most part of Australia, because of the DANGER of it all.  But Teri loves her some cuddly wuddly animals and so we set off.  On the left side of the road!  Everywhere we went, we had people laughing at us, because the car was so tiny, said "Fun Rentals" on the side, and we were screwing up the way of driving all the time.  But it was fun!

Almost all the way to Townsville we saw a Billboard for an animal sanctuary and we decided on a whim to stop.  We were so glad we did, because we spent hours and hours there, playing with the animals and never did end up going to Magnetic Island.  Teri loved and loved the animals and I kept getting freaked out by them.  I held a snake!  Just like Britney Spears! 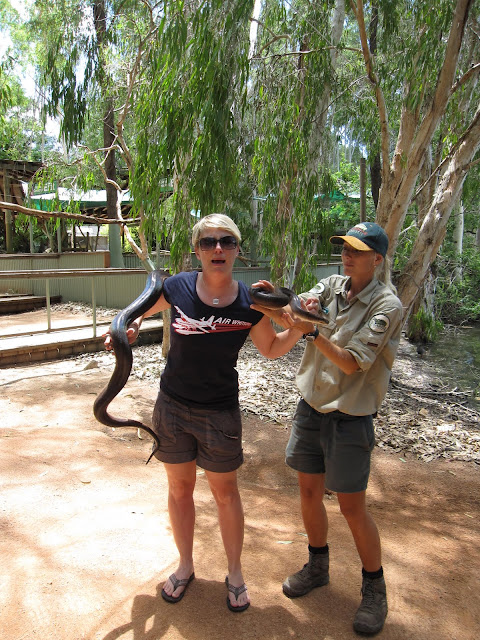 And the cuter stuff came later: 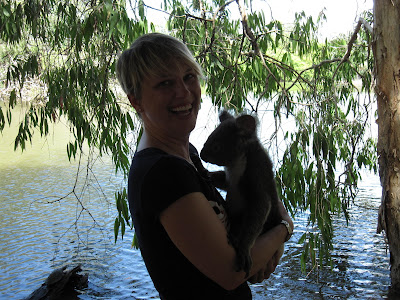 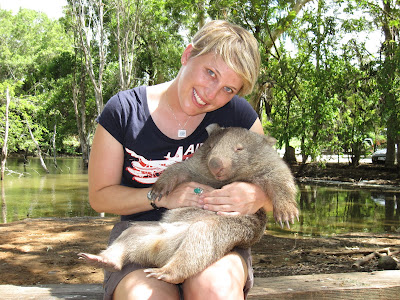 Posted by A Lady Reveals Nothing at 7:32 AM