Labels: Around the World 2012
Most everything Ross and I have eaten in the last three weeks has been a starch of some sort. Potatoes, bread, rice, bread, bread, sometimes cheese and some more bread. Bread items are just the cheapest thing on the menu. I was dying for a fresh amazing salad and some straight up vegetables, so yesterday we ended up getting some groceries for $15 which was enough for two huge meals which included salad, pasta, sauteed veggies and sauce. Plus I cooked in a hostel kitchen for the very first time in my life.

Also I didn't leave the hostel today. I slept until 9, got up and had the free hostel breakfast and tea, went back to bed and slept until 2pm when we ate some bread with Nutella (our new favorite grocery snack item) and then we watched several episodes of Arrested Development. I slept a little more and around 6pm cooked dinner.

Before you judge, we have a private room with private shower and that doesn't happen very often while hostel-hopping (two nights ago we were in a room filled with 13 people in triple-bunks, one of which was a loud old Englishman who spent the evening yelling at everybody to turn off their personal bunk lights and the  morning yelling at the 40 old Polish women across the hall who weren't being quiet) sometimes you just want to be alone and sleep sleep sleep. So I take advantage every chance I get, which might not be again for the next six months.

Tomorrow we take the night train to Bratislava, Slovakia where we will explore some castles and stuff (and maybe Vienna) and then we're off to Budapest, Hungary. 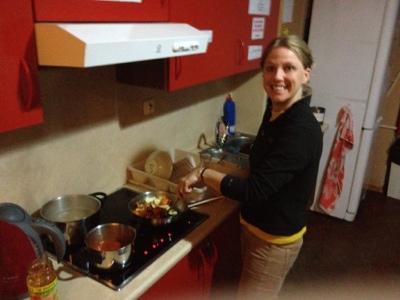 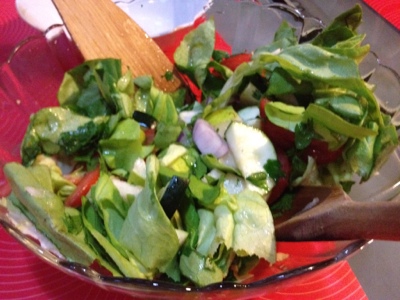 
Number of times we've been mistaken for a couple this week: 7.
Posted by A Lady Reveals Nothing at 7:00 AM

All I wanted the other day was to watch a few episodes of Arrested Development and I did not have access to Netflix to make that happen.

Stop holding Ross' hand and maybe they won't think you are a couple.