Labels: Central America, poop
My first day here in Nicaragua Bridget brought me on her famous boat tour of Granada's Lake Nicaragua.  She's done it so many times and brought so many people that she's on a first name basis with the boat operator (Brian.  His number is even in her cell phone.)

Also, she takes over the speaking part of the tour. She cracked me up when she started talking about which famous person owns which island (like the owner of Nescafe), and what year the Spanish Fort was built to protect the interior of the country and yada yada. We ended up pulling up to an island where four monkeys were; apparently a vet put them there to live.  They are taken care of by the vet, but also enjoy cookies brought by all the boat tours.

The views of mount Mombacho were insane from the boat: 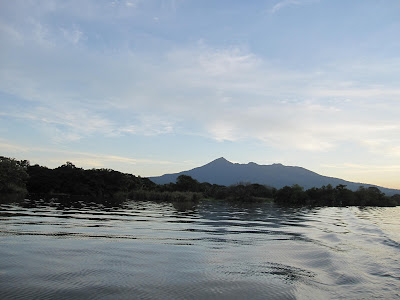 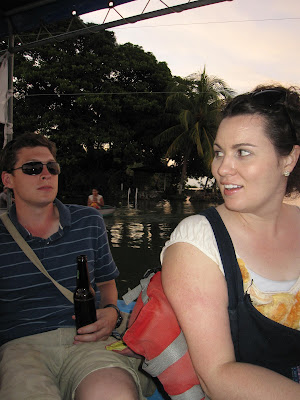 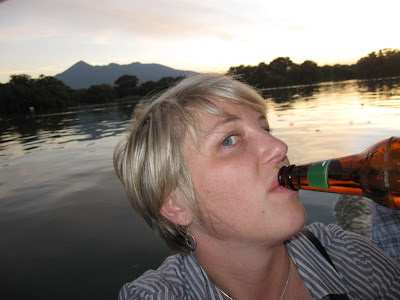 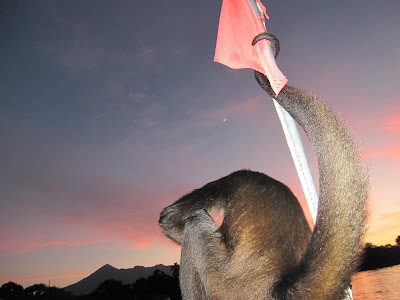 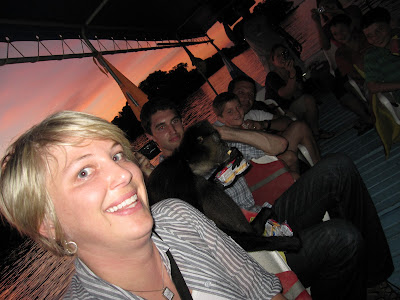 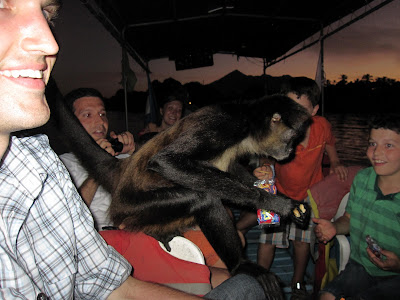 Then the monkey comes onto the boat, and you feed it your cookies.  This "female" monkey has some kind of weird tube-shaped tissue structure coming out of her butt.  I suspect that she pooped her butthole out, which I have heard can happen if you push too hard.  Nothing a little plastic surgery wouldn't clear right up? 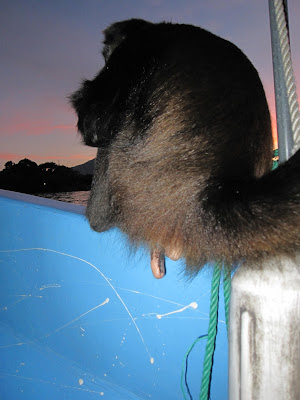 Posted by A Lady Reveals Nothing at 11:40 PM

That thing got a hemi in it?